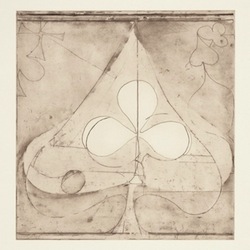 In 2013, the idea of a re-release, reissue, deluxe edition or even a B-sides album is hard to get excited about. Not that this year hasn’t had a few gems — Nirvana’s In Utero 20th Anniversary is definitely worth a listen, and the king of reissued music, Bob Dylan, now has every album in one package for those who want to spend $200 on a pretty cool Christmas gift. But when a band like like The Lumineers announce a deluxe edition of their inescapable debut, it makes the whole idea seem beyond trivial.

Leave it to a band like Grizzly Bear to make a notable exception with their new compilation, or deluxe edition bonus disc, Shields: B-Sides. Grizzly Bear’s fourth studio album, and one of Treble’s top albums of 2012, has been neatly expanded into a double CD edition featuring five new songs. For those who already own the original album, the B-sides and three remixes are available on a 12-inch vinyl or digital download. Only two of Grizzly Bear’s songs recorded during their temporary stay in Marfa, Texas were included on Shields, and three of the ones that didn’t make the cut are featured on B-sides. The two softly sung verses and big chorus of “Will Calls” is the pinnacle of the EP, and it goes to show the power Grizzly Bear possesses in how even their scrapped material is still damn good. The other Marfa tracks include “Taken Down” and “Everyone I Know” with Edward Droste’s distressed yet peaceful voice and sparse acoustic picking collectively feeling like an uncontrollable internal drift into darkness.

On “Listen and Wait,” Droste tries to counter the gloom by crying out, “Step towards the light, imagine fades, the vision running wild,” but to no avail. The dark and eerie vibes spill over to the remixes as well. Nicolas Jaar submerses “Sleeping Ute” till near suffocation, and when it resurfaces it’s simply a mysterious, stripped-down relative to the original album’s incredible opening track. Liars remixed “A Simple Answer” and Lindstrøm “Gun-Shy,” but nothing is as powerful as Jaar’s take on the original. Jaar has had a thing recently for remixes that transform great songs into abstract goodies — he and fellow Darkside collaborator, Dave Harrington, recently remixed the whole of Daft Punk’s Random Access Memories.

As a complete package, B-sides is a nice collection of songs that should give Grizzly Bear fans good reason to revisit the album they were cut from. And with the exception of Lindstrøm’s, the remixes go above and beyond playing disco dress-up. B-sides isn’t quite the same caliber of an EP like Friend, but it’s still a good indicator of how meticulous and careful their recording process is. Even though the band didn’t think these songs quite fit on Shield’s finished product, the quality of their b-side tracks are indicative of why they’re one of the best indie bands in America.