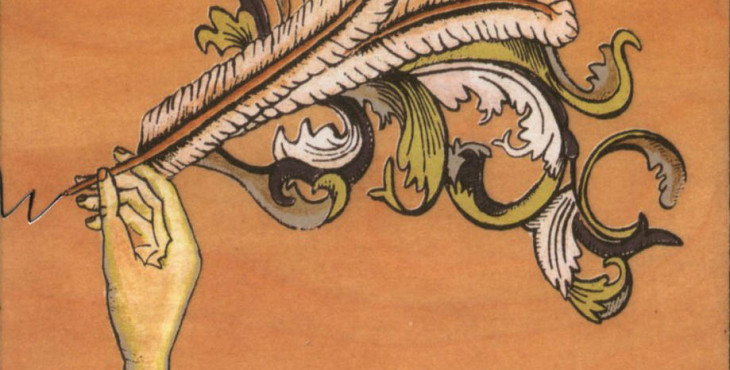 Growing up in the sprawling suburbs of Houston, I spent a lot of time looking into the recent past. My parents’ generation had grown up with the Beatles, Motown, The Rolling Stones — a musical Renaissance of sorts. My friends’ older siblings had come of age in the 1990s, and I felt both humbled and threatened by the casual rebellion that those older peers carried with them. During their youth, Nirvana and Sonic Youth had become popular acts, and legends like Fugazi had ruled the underground. To a closeted 12-year-old boy living in a privileged but mundane world of Boy Scouts, family fights and middle school bullies, the conservative suburbia of Texas was a pretty frightening place. That passionate, often politically charged guitar thrashing made me feel like I had a fighting chance to escape my youthful frustrations and travel down a path of my own.

“When daddy comes home/ you always start a fight/ so the neighbors can dance/ in the police disco lights.”

Unfortunately the definition of ‘alt-rock’ in the early 2000s consisted of Linkin Park, Coldplay and Nickelback. So I spent the majority of seventh and eighth grade thinking I was a street-punk from the ’80s, listening to Sex Pistols, Black Flag, Dead Kennedys and Cali-based Christian bands that thought they were the Sex Pistols, Black Flag or Dead Kennedys (that’s an entirely different essay that I don’t have time for right now). When that wore off, I still kept myself grounded firmly in ’90s punk and alternative-rock. Friends introduced me to the likes of My Bloody Valentine, Radiohead, and Mogwai, and others taught me to appreciate neglected greats like Weezer’s Pinkerton.  So, at a time of my life where I didn’t know balance, I found peace in the swarming sounds of post-hardcore, shoegaze and post-rock.

“Every time you close your eyes/ (Lies, lies)”

That’s not to say I didn’t venture into current or local music, but the newer tunes I loved in grade-school (Yeah Yeah Yeahs, Desaparecidos, Bloc Party, Blood Brothers) leaned toward ‘classic’ indie and punk aesthetics, and the local acts I liked were of a similar persuasion. All that music was amazing to me; I spent hours sitting in a chair in front of my stereo with my eyes shut tight. But none of it represented my own experience, the anxiety brought on from the dangerous combination of my shallow surroundings and conflicting feelings on my identity and orientation. So, I went on like that for most of my childhood, looking to the musical past for strength and inspiration, as I moved on to high school and learned the hard lessons that a teenager learns.

I was 14 in 2004, and it would be great if I could say that I heard Funeral the instant it came out, that it’s pulsing sound and daring honesty ripped me from my childhood stupor with a striking epiphany. But, oddly enough, I never listened to the album until my senior year of high school, right before Arcade Fire released Neon Bible. A friend slipped me a copy sometime in 2006 and eventually, during an hour-long highway drive to a friends’ place, I played the whole disc through, and the strangest thing happened. Despite having never heard the album before, the most beautiful feeling of nostalgia took over me. The music was cynical yet magical — equal parts gritty and gentle — and the lyrics funneled through Win Butler’s angsty yelps gave me a window into the feelings and frustrations I had felt as a young misfit.

Funeral summons a bizarre, raw feeling in the listener — unidentifiable yet strangely familiar. The driving rhythms of new wave. Horns, strings, and percussion borrowed from Baroque pop. The quiet/loud swell of ’90s indie fame. But when these pieces are fused together by Arcade Fire, the effect changes drastically, and the listener feels dragged into an entirely different world. The five-song “Neighborhood” suite propels the listener through a whirlwind of love, innocence, anger, heartbreak, and mourning, and by the time Butler sings “Crown of Love,” even a first-time listener can’t help but mutter along.

“If you still want me/ please forgive me/ the crown of love/ has fallen from me.”

Despite its heavy themes, serious demeanor and tragic bluntness, Funeral is somehow one of the warmest-feeling albums released in the last 10 years. Sure, there’s suffering and hopelessness, but that honest desperation consistently hints at redemption, at hope hiding around the corner. Everyone has dark feelings, and Funeral brings them all out in solidarity, exposing the light found on the other side of the shadow.

“Hey/ Your old man should know/ If you see a shadow/ there’s something there.”

Repeat listens only make Funeral more addicting. In the right light, every song on the record is a potential anthem; 10 hymns worshiping the beauty and futility of modern life.

“Growin’ up/ in some strange storm/ Nobody’s cold/ Nobody’s warm.”

To date, Arcade Fire’s albums form a pretty good series. They’re all well performed, strongly written reflections on mortality, youth, purpose and growth. But where The Suburbs and Neon Bible feel like pre-written thesis statements, Funeral is a spontaneous declaration of those same concepts. The record is drowned in loss and hope and, in their early 20s, the band wore those raw, sweaty emotions on their sleeves, with their wounds still fresh, their faith still circumstantial.

“Ma famile/ set me free/ Throw my ashes/ into the sea.”

There are no other albums quite like this one, but there are hundreds, maybe thousands, that perfectly capture the moods and feelings of a certain locale or generation. For me, and countless others, Arcade Fire found a perfect blend of attitude and vulnerability; the right balance of intention and directionlessness to summarize our own youthful wanderings and wonderings — in less than 50 minutes. 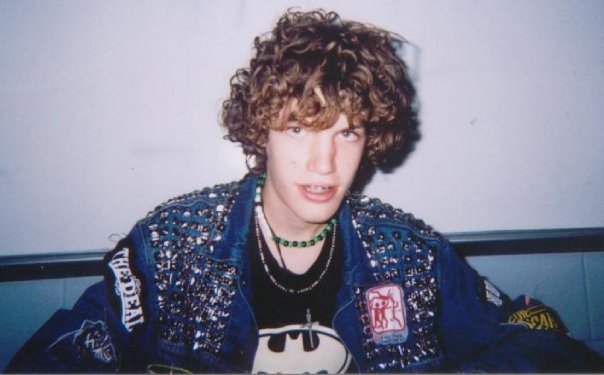 Since I found Funeral after I had already started dealing with my own pain and growth, the album doesn’t serve as an agonizing reminder of my own distress. Rather, the record serves as a novel or film about where and when I grew up. To me Funeral is a night spent awake in my childhood bed. It’s a night out with my childhood friends, escaping our parents to hunt ghosts or play tag in a crowded Wal*Mart. It’s an hour-long drive on the spiderweb highways of Houston, Texas.