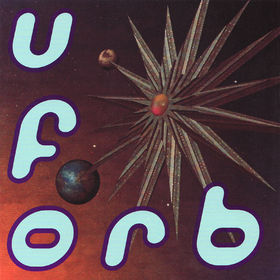 The Orb’s Adventures Beyond the Ultraworld in 1991 compiled singles and studio tracks from Alex Paterson and Thomas Fehlmann’s nebulous collective into not just an extension of ambient music but a definitive statement on the ambient house subgenre. The work that followed on sophomore release U.F.Orb found some of Paterson’s new recruits, particularly studio hand Kris “Thrash” Weston and veteran bass player Jah Wobble, exploring the land of ambient dub like Lewis and Clark. The epic guts of the album, a 17-minute edit of 40-minute single “Blue Room” and the 15-minute workout “Towers of Dub,” have Paterson, Weston, Fehlmann and friends combining the spaciest of atmospherics with jumping basslines to make the city of Kingston proud. Even in faster house cuts like the title track and “Close Encounters” those elements are easy to spot, hummable, toe-tapping. A landmark hybrid of dub with modern electronic music, this album would clear a path for artists like Burial and albums like Deadbeat’s Journeyman’s Annual. – AB 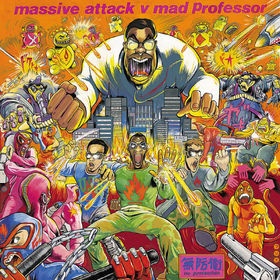 Dub producers’ use of existing music across entire albums surely didn’t start with No Protection. We’ve heard covers and dub-plate overdubs (ha!) from the days of Lee Perry on through Easy Star All-Stars. Original musicians have long shared album titles and credits with their producers. (Don’t tell us you’ve forgotten about Spacemonkeyz vs. Gorillaz!) Artists as varied as Renegade Soundwave and UB40 have even taken the time to dub their own work. Yet Guyanan producer Mad Professor’s refashioning of what would be the second in Massive Attack’s trio of phenomenal early albums may very well have perfected the conceit. It was the first and remains the biggest instance where his skills were applied to music outside of worldbeat, although the muted BPM and reggae influences already present on the original Protection album gave him a wide palette to use. The results show just how far afield a dub mix can go. You can hear echoes of the divas of “Protection” and “Three,” but in most cases you might not recognize the original without looking at the tracklist, as Mad Professor playfully demolishes Massive Attack’s aching gothic soul in favor of pulsating electronic experimentation. – AB 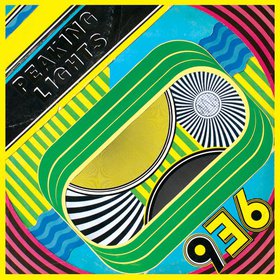 Dreamy, married Bay Area duo Peaking Lights isn’t a dub act in the traditional sense. Indra Dunis and Aaron Coyes make psychedelic, lo-fi drone-pop — which is just one of many ways to describe the curious, innovative sounds they create. But dub is essential in establishing a base for their trippy grooves. Like King Tubby or Lee Perry, the duo layers on echoing drops of percussion and bass, with scratchy, delay-heavy guitar fluttering just overhead. So, if they’re not dub, they’re at least building a foundation with the elements of any good dub recording. That said, what they perform is psychedelic pop music, albeit a style of such that’s based heavily in a Jamaican tradition. The stoned grooves of “All The Sun That Shines” wouldn’t be at all out of place between the Upsetters or Scientist, nor would the sprawling, spacey grooves of “Birds of Paradise.” But there’s definitely a sleeker, sexier feel to what they do, to which Tyler Parks best summarized the experience of listening in his review of 936: “Listening is too much of a pleasure, bodily and aural, to want to go too far in diluting it by explaining it. It is much better to simply perform a becoming-woman via Audrey-Horne-slow-motion-dancing in private or public or wherever you are fortunate enough to hear 936.” – JT