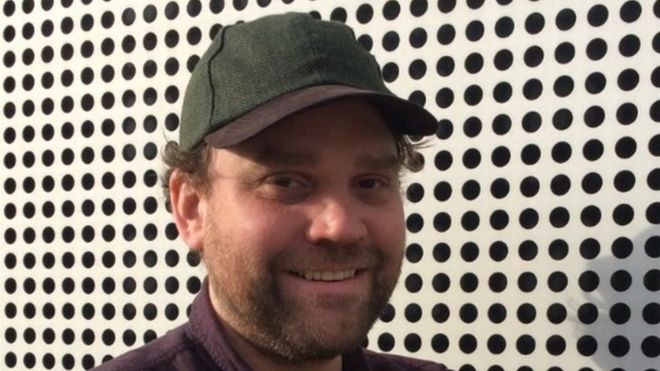 Earlier this month, I watched as strangers on social media used Twitter to help stop a young woman from taking her own life. On May 2, writer Gabrielle Bellot tweeted, “Goodbye, everyone. I’m so sorry. I wish I was stronger. But I can’t take the pain anymore.” Her followers immediately began replying, retweeting, and asking those who know her in real life to check on her. Less than two hours after Gabrielle’s original post, her roommate, Monica Lewis tweeted to let the world know that Gabrielle was at a hospital getting the care she needed.

This incident was fresh in my mind on May 9 when I saw, via Twitter, that Scott Hutchison from Frightened Rabbit was reported missing. He hadn’t been seen since sending a couple of bleak tweets, ending with, “I’m away now. Thanks.” I spent the two days periodically checking Twitter, hoping. Maybe the outcome would be the same. Scott, like Gabrielle, would be found alive. Too much time is passing. But maybe. Click refresh. Maybe.

Woke up hurting, though I can’t quite say why.

I never met Scott Hutchison. I didn’t know him or any other member of Frightened Rabbit. But you didn’t have to know him to understand how this might happen. And as someone that’s spent most of her life struggling with anxiety and depression, I didn’t have to know him to understand why. I’m lucky—I’ve never been suicidal from my mental illness. But it has caused me to hurt myself, in every sense of the word. That’s probably why I woke up with my stomach in knots this morning. When I first heard the title of what has now become Frightened Rabbit’s final album, Painting of a Panic Attack, I felt a grim kinship with the words. I can’t tell you exactly when my first panic attack was. I know I was young. Probably less than 12 years old. They would get worse as I got older, to the point of being nearly debilitating by my late twenties.

I’m lucky—I got to see Frightened Rabbit three times, the last time being in 2016. I bought the tickets just a few days before the show. I’d hesitated at first, thinking that I’d seen them a couple of times already and should be saving my money. But standing in the venue and hearing “The Woodpile” echo across the room, I questioned why I’d hesitated at all. They weren’t a flashy band. They didn’t have elaborate sets and crazy stage antics. And yet they filled every corner, Scott’s words hanging in the area like a thick fog.

There’s some sort of strange irony for me in the death of Scott Hutchison, a prominent member of Scotland’s music community, because it was in Scotland that I finally came to terms with my own mental illness. It was 2012, and my husband and I were on vacation in Glasgow. Nighttime in the city was just beginning to buzz, and my husband wanted to go out and explore, but all I could think about was getting back to the hotel. Everyone swirling around us on these city streets hated me, I thought. They’re all strangers, but they hate me. They have to. I hate me, why wouldn’t they?

I come from a family of rife with mental illness. I’ve called a family member’s doctor from across the country because I thought she might hurt herself or someone else. Another family member’s untreated depression has led to a severe and life-threatening heroin addiction. And I wasn’t the only one in my household growing up that suffered from panic attacks. I’d struggled for years—decades, really—but never really done anything about it. It wasn’t until I felt that my anxiety was actively interfering with my work that I finally sought professional help. My doctor wanted me to start taking medication, and I was resisting. It’s one thing to feel like you’re depressed or anxious, but it’s another thing to have someone tell you that won’t change until you take medication. Change your brain chemistry. Maybe you’ll get some unpleasant side effects. Maybe you’ll become a different person on the meds. What’s worse, maybe the meds will work and you’ll have to admit to yourself that you weren’t strong enough to beat it on your own, through your own sheer will.

Walking back to our hotel on those dark, damp Glasgow streets in 2012, I knew I couldn’t live like this anymore. I couldn’t stare into my husband’s eyes and see his confusion over why the simplest activities caused me so much pain. I wasn’t just hurting myself anymore — I was hurting him, too. When we arrived back home a week later, I opened up the kitchen drawer that had held the antidepressant prescription bottle my doctor had given me weeks ago. And I took my first dose.

All is not lost

You probably won’t find a lot of couples that put “The Twist” on their wedding playlist. When my husband suggested it, my first reaction was that it didn’t belong. It’s a song about a one-night stand. That’s not exactly happily-ever-after material. But my husband heard more. There’s a glimmer of hope at the end of that song. Maybe you’ll whisper the right name this time.

Mental illness is a monstrous, ugly beast. Some mental health advocates would probably frown on using a description like that, insisting that we focus more on how it’s truly a medical condition and should be treated as such. Yes, it’s an illness, but it’s also a trickster. It tells you you’re nothing, but you’re not. It also tells you that you’re fine, but you’re not. It tells you that you don’t need treatment. It tells you not to bother your friends and loved ones, because they don’t care about your stupid problems. It tells you that everyone hates you as much as you hate yourself, and there’s no cure for that. No, I didn’t know Scott Hutchison, but I didn’t need to know him to know that’s what his illness was telling him. You could hear it in his lyrics and in his chords. You could feel it as he stood in front of you on stage, reluctantly opening himself up to you and a thousand other strangers night after night.

I’m happy to say that the combination of medication and counseling have made huge improvements in my life. Every day isn’t puppies and rainbows, and there are plenty of moments when I still struggle. But when I look back at how bad I was feeling, how dark things had gotten in the corners of my mind, I can’t believe I ever hesitated to get treatment. I would often think about this when seeing Scott’s social media posts over the years. It was so obvious he was hurting, and I wanted nothing more than to tell him it can get better. It will get better. Just please, please don’t give up.

There’s some sort of strange irony for us all that Scott’s death occurred in May, which is Mental Health Awareness Month. In the song “Head Rolls Off,” Scott sang “While I’m alive, I’ll make tiny changes to Earth.” And he did. His music touched people all over the world. Frightened Rabbit albums might not have cured cancer, but Scott sharing his struggle sure as hell helped a lot of other people get through theirs, myself included. His music will live on and serve as a reminder to us all to take care of ourselves, to take care of our friends, and to tell our own stories. For years, I resisted telling mine for fear of the stigma. But I’m alive, so I’ll make tiny changes to Earth.

A sentimental education in Frightened Rabbit