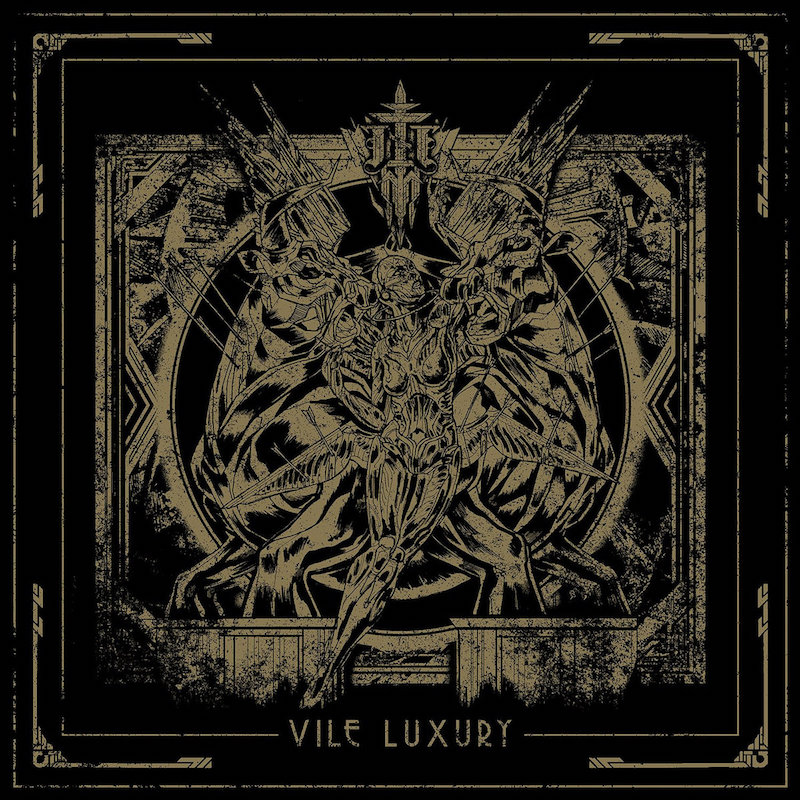 Metal that’s praised for its technicality is often hemmed in by certain rigid characteristics: mechanistic rhythms, complex prog-rock arrangements or the exaggerated dissonance of djent. To breathe a word of “technical death metal” is to offer up some pretty specific expectations, fairly or unfairly, and though the results can vary pretty wildly from the aggressive space-jazz of Cynic to the classic riff-fest of Death, it’s safe to assume that most of the time it’ll be in pursuit of the artistic ideal of the latter. Still, metal is a genre universe occupied with some of the best musicians in the world, and when coupled with an innovative spirit that virtuosity results in something that transcends, like Gorguts or Shining or Thy Catafalque. Or Imperial Triumphant.

As metal bands go, New York’s Imperial Triumphant are pretty weird. While so much of heavy music has already reached its limits on how to be extreme, Imperial Triumphant find different extremes on less-traveled terrain. They’re descended from the same freakish bloodline as Gorguts, balancing shifting time signatures with dissonant chord structures and seemingly out-of-nowhere bursts of melody and accessibility. But ultimately they aim to disorient in grand fashion; their masked presence onstage is meant to give the audience a feeling like they’ve been transported into Eyes Wide Shut. And the presence of horns, piano and other acoustic instruments on new album Vile Luxury gives the strange feeling of an avant garde jazz band interloping on a session of particularly evil black metal.

The beginning of “Swarming Opulence,” in fact, sounds like a swarm of opulence, a dense array of horns creating suspense and tension, offering no suggestion whatsoever that this is in fact a metal album. That is until the blast beats and grinding riffs break through, but even then, Imperial Triumphant aren’t interested in playing it straight or sticking to the rote characteristics of death or black metal. Theirs is a winding and torturous route that twists through the free-jazz unit structures of Cecil Taylor (“Lower World”), woozy, drunken Badalamenti noir (“Chernobyl Blues,” “Cosmopolis”) and ambient punk-blues groove (“Luxury In Death”).

What’s remarkable about Imperial Triumphant’s conceptually-minded, atypically-executed approach is how often the results twist our expectations of metal, not just in how it sounds but in how we process those sounds. In “Lower World,” for instance, it’s not necessarily the black metal parts that feel the most intense or terrifying. It’s around the three-minute mark, when an entirely different cacophony of pounding piano and choral chants emerge, in which the song becomes an exercise in true horror. Similarly, the swing of “Gotham Luxe” initially gives the feel of something with both swagger and a sense of groove, but the way its discordant tones seem to linger in place in spite of that swing makes it feel ominous, unsettling. Then again, everything about “Chernobyl Blues” feels horrific and vile, as spacious and bluesy a track as it is. It’s most often the moments of relative calm that feel the least comfortable on Vile Luxury.

The driving concept behind what Imperial Triumphant does is the city that they call home: New York. There’s an elegance and proficiency to what they do, one that speaks to a long history of groundbreaking music from inside its boundaries, from jazz to avant garde composition and the more peculiar realms of extreme music, including drummer Kenny Grohowski’s work with John Zorn and Secret Chiefs 3. But their take on Gotham is one that reflects its grimier characteristics, from how being a center of capitalist excess has created gross inequalities (as is a them in “Lower World”) to the squalor and toxicity that provides a breeding ground for large, pizza-stealing rats. Throughout the horror, beauty and strange adherence to groove on Vile Luxury, Imperial Triumphant suggest the way to get to Carnegie Hall is to crawl up through the sewers.