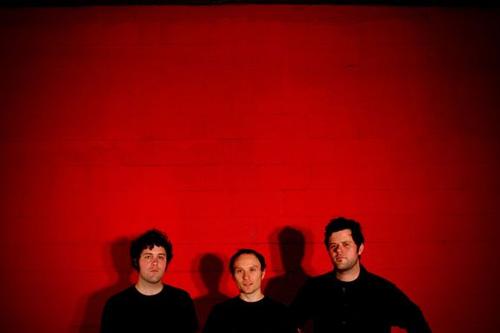 It is five o’clock on a sunny Saturday afternoon in suburban Plymouth, Massachusetts, when I make my call to the equally sunny (or so I’m told by several on-line weather resources) Portland, Oregon. After a few failed connection attempts during the week, I am greeted by the half-awoken voice of Drew Adams, guitarist and vocalist of Zdrastvootie, who sincerely tells me – two minutes into the interview – that he is just too tired to answer questions right now.

OK. Not a problem, interviews should be done on the interviewee’s time. I go out for a drive and call back an hour later. A somber, and reflective Adams informs me that he has had some coffee and begins to inquire about the semantics of the interview. The whole mundane ordeal is just another example of the infallible truth of the overused maxim – “don’t judge a book by its cover,” or in this case, “don’t judge an artist by his music.”

Here I am expecting either Daevid Allen-esque, acid-drenched profundities of the most intense variety or the hyper ambitious, extraterrestrial polemics of Magma, because these are the outfits Zdrastvootie most closely resembles. Their sound is, at the same time, both grandiose and unfathomably abstract; think Cecil Taylor getting down on a jam session with Beat Happening. But in conversation, Adams is restrained, laid-back and calculated; not the spasmodic and effusive man he is on record.

Zdrastvootie, pronounced Zdrahs-Vu-Tee, came from what Adams calls “a mispronunciation, and misspelling of the word for ‘hello’ in Russian.” Aside from Adams, the band is comprised of saxophonist Elizabeth Torres, guitarist Scott Stobbe, and Drew’s brother Sean Adams. Holy Mountain picked up the band’s self-titled album and in 2005 released Zdrastvootie 2 to some critical and popular successes, but not enough to extricate himself from the tag of “struggling musician.”

“Sean works at a health food store, Elizabeth teaches music to kids,
Scott doesn’t have a job, he’s in Europe doing something, and I, myself, am struggling very hard to find a job in Portland,” Adams morosely replies to the question of how Zdrastvootie spends their days. “I have close to no money and I hopefully will get a job soon.”

“We have got some good reviews and some good fans, but I still think nobody knows who the hell we are. Next we need to tour, that is really the next step. I’d like to be bigger, I’d like to be able to make a living off making music and touring. Hopefully that will happen someday.”

Zdrastvootie 2 is an avant-garde slice of densely layered clean guitars, acrobatic bass, stop-start drumming and shrieking saxophone. Asked how the new record, tentatively titled Zdrastvootie 3, would sound, Adams replied, “We started writing the album over a year ago and I guess we have gotten progressively more vocal oriented. This one has even more vocals than the last album. The material we write is always changing.”

Of course, Adams knows that with his band’s name and sound, any immense popularity will probably elude them. But for the time being, his life is not too different from the lives of other talented artists who have yet to find their niche in the increasingly detritus-infested waters of popular music.

“I am incredibly grateful to anyone who listens to or wants to hear my music. It makes me feel really good.”

Zdrastvootie 3 will be out on Holy Mountain records in early 2007, followed by a tour in February. Check out the band’s MySpace page to stream their newest track, the impossibly catchy and emotional,
“From Time Immemorial.”