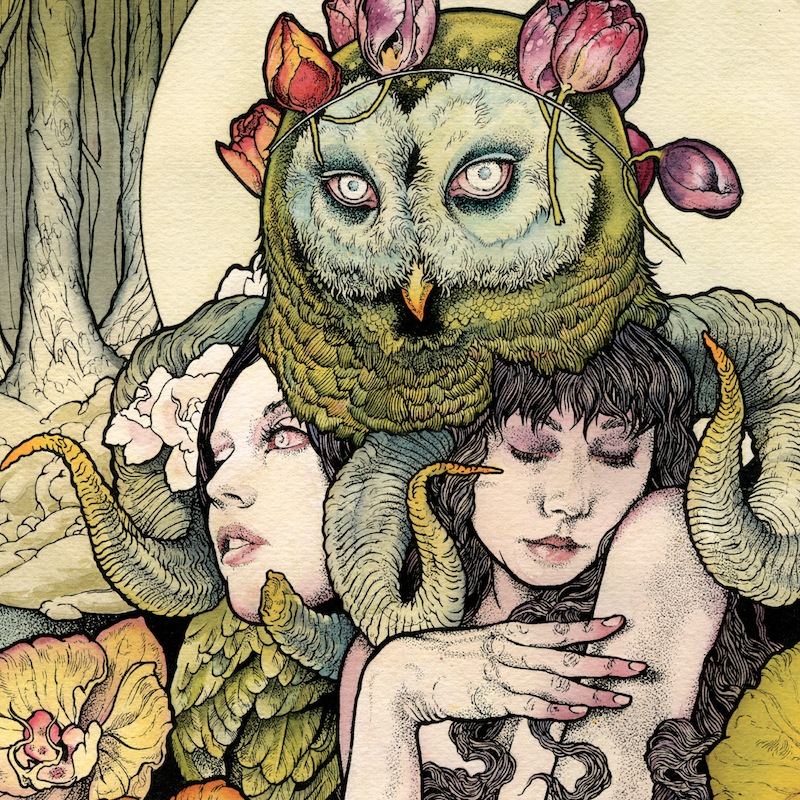 Norway’s Kvelertak are frequently described as a hardcore punk band, almost as much they are a metal band, which should give curious listeners some indication as to where they fall on the scale of avant garde to accessible. But less than 30 seconds into “Ulvetid,” the leadoff track on the group’s self-titled debut, Kvelertak briefly break from a Refused-style melodic hardcore chug to summon an intense windstorm of black metal intensity. It’s an unexpected, fleeting moment of stylistic transformation, but by no means the last, serving as a thrilling harbinger for the sonic adventure the listener is about to endure.

Due to Kvelertak’s tendency to inject searing black metal breakdowns into their fist-pumping hardcore sludge, their style has been dubbed “black ‘n’ roll.” But it’s the “‘n’ roll part” that Kvelertak displays most prominently. Crisply produced by Converge’s Kurt Ballou, Kvelertak’s debut is as fun and immediate as a metal record can get. Unconcerned with drones or symphonic excess, Kvelertak plays a melodic and catchy brand of sludge that has as much in common with North American punks like The Bronx as it does with a band like Baroness, whose own John Dyer Baizley designed the album’s owls-and-nymphs artwork. The result is a powerhouse of a record that’s designed for an aggressive, cathartic release, but through the most enjoyable means possible.

With a straightforward simple framework serving as a launchpad, Kvelertak’s creative energy sprawls far and wide across their debut album’s 11 tracks. On a greater scale, this is fierce and heavy music, but the smaller details add up to an even more satisfying sonic feast. “Mjød,” the album’s first single and shortest track, revs up with a burly stomp, backed by a lone plink of a piano, while the gang vocals in “Fossegrim” and “Bloodtørst” hark back to old school hardcore punk. The initial burst of “Offernatt” makes for an ominous, harrowing introduction, but soon enough the band surges into a progression of harmonized Thin Lizzy-inspired guitar riffs. They add acoustic guitar in “Sjøhyenar (Havets Herrer),” harmonized clean vocals in the epic closer “Utrydd dei Svake” and trade power chords for a powerful minor key approach in the outstanding “Ordsmedar av Rang.”

The only song title in English on Kvelertak’s debut is “Sultans of Satan,” which is a pretty fantastic exception, and all of the lyrics are growled in the band’s native Norwegian. This unique feature only serves to add to Kvelertak’s already overflowing character, and when delivered via Erlend Hjelvik’s unholy wail, sounds truly badass. Kvelertak may not be punk in the strictest sense of the word, but they’ve churned out one fiercely enjoyable metal record by paying no mind to anyone else’s standard of just what, exactly, that’s supposed to be. And that’s punk as fuck.