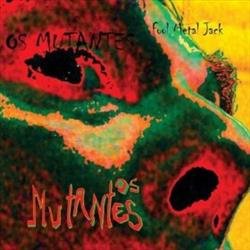 In 1968, the very existence of Os Mutantes was a political statement. A key group of teenage psychedelic musicians of the Brazilian Tropicália movement of the 1960s, Os Mutantes actively performed songs of protest against the government of Brazil, whom the band and other artists like Gilberto Gil and Caetano Veloso criticized on the groundbreaking compilation, Tropicália ou Panis et Circenses. Os Mutantes performed the semi-title track from the compilation (also the leadoff track from their debut), a Veloso-penned absurdist satire that poked fun of the bourgeoisie through lyrical wit and psychedelic effects. The Brazilian government, then run by the military after a coup d’etat in 1964, was not amused. Gil and Veloso were arrested, and eventually exiled, and Os Mutantes had made a powerful enemy. This talented group of kids, who made some of the most vibrant and fun music of the 1960s, were actually seen as a threat in the eyes of the Brazilian government.

Forty-five years later, Os Mutantes aren’t in a position to be censored or bullied by the powers that be. Yet much like their incredible debut album, they begin their new album, Fool Metal Jack, with a political song. “The Dream Is Gone” begins the album on a surprisingly somber note, referencing the foreclosure crisis with lines like “I lost my home/The dream is gone,” and it sounds more like an outtake from Arcade Fire’s The Suburbs than an Os Mutantes album. Coming from a songwriter like Sergio Dias, this is an unusually risky move — while topical material isn’t new for the band, beginning the journey with a relatively straightforward ballad is.

Fool Metal Jack doesn’t walk the straight-and-narrow for long, however. As with their 2009 album Haih or Amortecedor, Fool Metal Jack updates the Tropicália template of the band’s earliest days with a wider spectrum of weirdness and wonder, and, for that matter, political anger. The title track, for instance, finds the band creating a sludgy, aural warzone, with Dias coughing and wheezing his way through lines, as if stumbling, wounded on a battlefield. At the chorus, he shouts, “Yes — no more war/ Yes more war!”, but the band isn’t entirely preoccupied with deadly serious concerns. This is a Mutantes album, and even at its most sobering, it’s still pretty fun. They launch into riff-heavy acid rock on “Piccadilly Willy,” a fairly predictable reggae exercise on “Ganjaman,” and a dizzying overload of the senses on “Look Out.”

“Eu Descobri” is the only track on the album sung in Portuguese, and coincidentally the prettiest song here, with laid-back tropical rhythms and touches of flute underscoring Bia Mendes’ vocals. And while it’s an anomaly, stylistically it opens the door for further incorporation of samba rhythms on the excellent “Once Upon a Flight” and the hypnotic “Into Limbo.” Yet amid the push and pull between softer, more melancholy moments and explosions of hallucinatory color, there is a revelatory combination of the two on closer “Valse LSD,” which is one of the darkest songs on the album, but easily one of the best. And it’s not really until the context of this song arrives that the preceding 11 tracks make sense together. Os Mutantes have made polarized musical statements before — just hold any of Rita Lee’s solo vocal performances against those with Dias and Arnaldo Baptista — but here the gap between their ballads and more chaotic pop songs has grown more vast. The jumble of sounds can come across as more jarring than they ever were before, but whether or not everything on Fool Metal Jack is totally successful, it’s at least reassuring to know that, this far down the line, Os Mutantes aren’t interested in playing it safe.