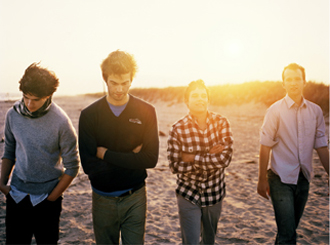 Vampire Weekend released a whole damn lot of singles from their debut album: “Oxford Comma,” “Mansard Roof,” “A-Punk” and “The Kids Don’t Stand A Chance,” though not in that order. Yet some of the catchiest tracks were deep cuts, like “Bryn,” my personal favorite from the album. Only two minutes long and giddy as a schoolboy after his first kiss, “Bryn” is everything that Vampire Weekend does perfect in a neat and small package.

Skipping across a 6/8 beat, “Bryn” finds the band laying down one of the most instantly memorable riffs on the album briefly before giving way to a subdued, yet bouncy verse. And unlike the grammar lesson in “Oxford Comma” or the sexual misadventures while the folks are away in “Cape Cod Kwassa Kwassa,” this song is their most direct love song, and quite a fun one at that. Ezra Koenig pairs characteristically witty lines like “ion displacement while working the basement/ especially when I’m not with you” only to say what he needs to say in a more direct manner during the triumphant chorus: “oh, Bryn, you see through the dark/ right past the fireflies that sleep in my heart.” They don’t write them like they used to, but with apologies to Belle & Sebastian, it may as well be Vampire Weekend. – Jeff Terich