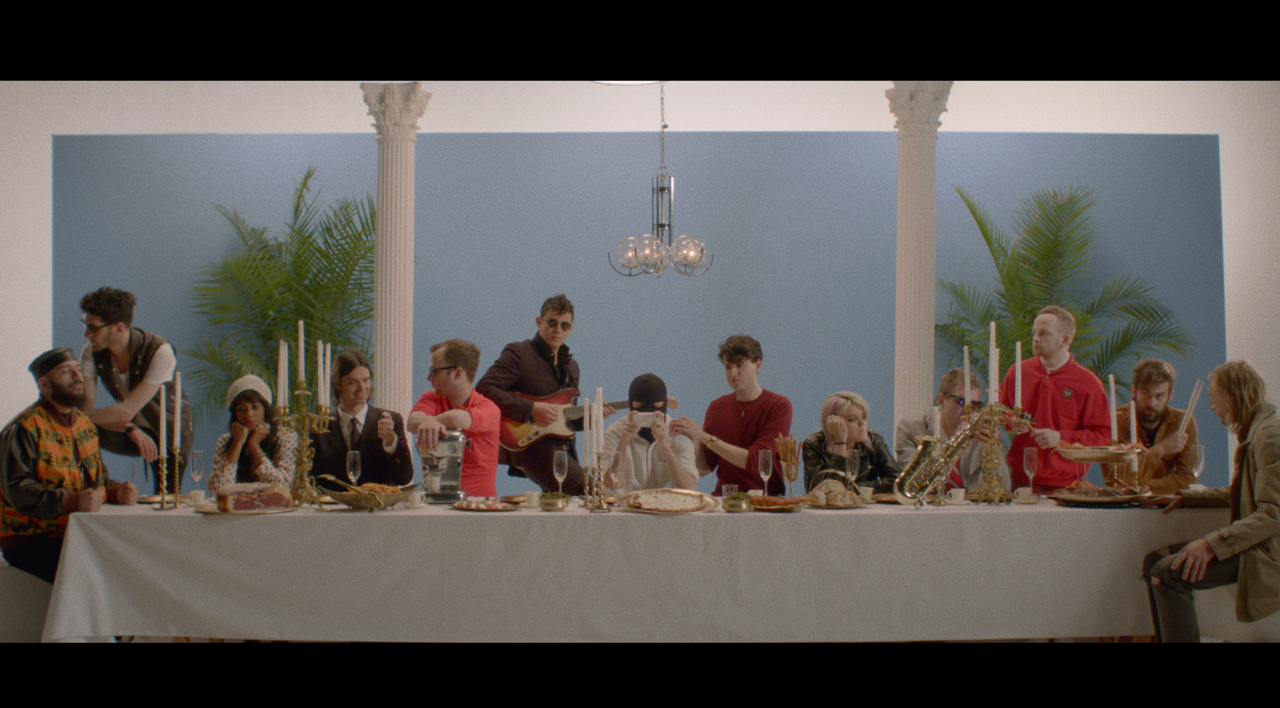 Vampire Weekend have outdone themselves in the video for “Diane Young,” from new album Modern Vampires of the City. The clip, directed by Primo Kahn, depicts a Last Supper-type scenario, with a mysterious figure in a balaclava (ha!) in the Jesus seat. One member of the band sensually caresses an espresso machine, someone uses a saxophone as a bong, people get in fights, and it’s a riot in more ways than one. Plus, the video features cameos by Chromeo, Sky Ferreira, Santigold and Dave Longstreth of Dirty Projectors. Watch below.