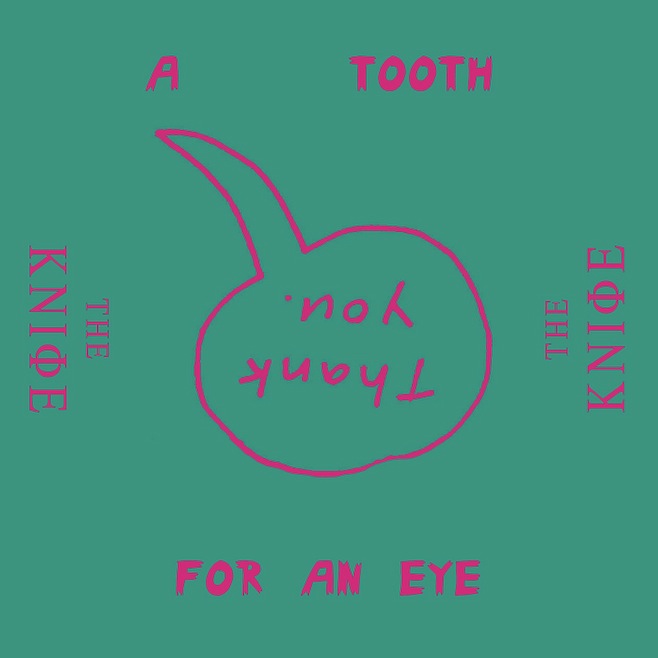 The Knife have unveiled another new single and video from Shaking the Habitual, after “Full of Fire,” titled “A Tooth for an Eye.” The video, which you can see below, puts an intense young girl at the front of an otherwise all-male dance class. Directors Roxy Farhat and Kakan Hermansson released the following statement about the imagery and theme of the video:

“A Tooth For An Eye” deconstructs images of maleness, power and leadership. Who are the people we trust as our leaders and why? What do we have to learn from those we consider inferior? In a sport setting where one would traditionally consider a group of men as powerful and in charge, an unexpected leader emerges. A child enters and allows the men to let go of their hierarchies, machismo and fear of intimacy, as they follow her into a dance. Their lack of expertise and vulnerability shines through as they perform the choreography. Amateurs and skilled dancers alike express joy and a sense of freedom; There is no prestige in their performance. The child is powerful, tough and sweet all at once, roaring “I’m telling you stories, trust me”. There is no shame in her girliness, rather she possesses knowledge that the men lost a long time ago.

Check out the clip below. Shaking the Habitual, the band’s follow-up to 2006’s Silent Shout, is out in  April.