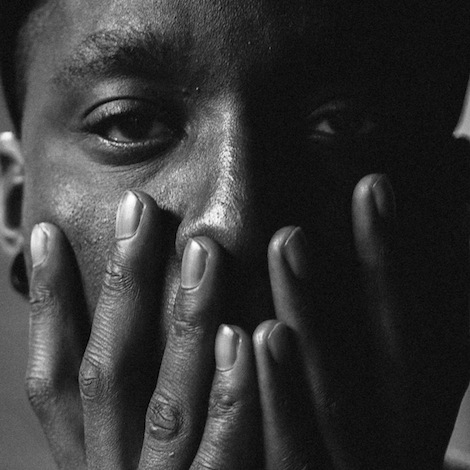 Yanick Ilunga, the South African singer/songwriter behind Petite Noir, isn’t exactly a rookie. He fronted Cape Town indie rock outfit Popskarr, collaborated with hip-hop artist Spoek Mothambo, and recently curated an African-inspired mix for Okayplayer, making him something of an ambassador for the country’s pop music exports. But it wasn’t until 2012’s breakthrough single “Till We Ghosts” that Ilunga became not only more visible as an artist outside his own backyard, but on the verge of something great. That track, a spacious dream-pop back-and-forth between starkly tense verses and a warmly explosive chorus, gave a brief peek into his singular, if contemporary artistry. Shades of The xx, TV on the Radio and other aesthetically misty indie rock outfits come to mind as immediate parallels, but there’s something in particular that sets Iluck apart from many of his indie rock contemporaries.

That something, or at least one such something is his voice. In the few brief years that Petite Noir’s been releasing music, he’s repeatedly found himself on the business end of an R&B category tag, which seems dubious on its face. A remix of his 2013 track “Noirse” was featured on the Solange Knowles-curated Saint Heron compilation, which lends it a little more credence, but ultimately it’s Ilunga’s alternately powerful and sensual vocals that offer his dreamy, guitar-based indie pop something that comes much closer to actual R&B than the many North American indie rock bands — Local Natives, Yeasayer, Vampire Weekend — who borrow from it without actually diverting too far from a more commonly recognized indie rock sound.

The King of Anxiety, Petite Noir’s first proper non-remix EP, bridges the gap between rock and R&B that does justice to both without entirely being either. “Till We Ghosts,” the song that earned Ilunga his buzz in the first place, reappears here in newly recorded form, and while his deep croon doesn’t quite stand out so boldly, he more strongly flexes his vocal muscles, adding a bit more flash and pain as he intones, “I’m never gonna be the same again.” He takes a cooler, less dramatic approach on the outstanding opening track, “Come Inside,” in which each of his lines is echoed by a distant-sounding chorus against a fantastic desert-blues riff. But it’s on “Chess” where both Ilunga’s impressive singing and songwriting skills both peak, his breathy, wispy voice sounding simultaneously more vulnerable and more powerful than anywhere else. The song itself would be a strong enough ballad by any other measure, but with his ever-expanding vocal range guiding it (and a winking, spoken “Too much shit right here” in the first verse), “Chess” becomes something bigger and more incredible.

The two years since “Till We Ghosts” debuted suggested that Petite Noir doesn’t rush things, and The King of Anxiety is a strong piece of evidence as to why that’s a good thing. Though it has only five songs, each one is impeccably crafted, showcasing the work of a driven artist rather than one who prefers a seat-of-the-pants approach. That kind of thing requires a bit of patience; if Ilunga comes out of the studio with something as strong as The King of Anxiety every time, then that’s patience well worth exercising.

TV on the Radio – Seeds

The most anticipated albums of spring 2015