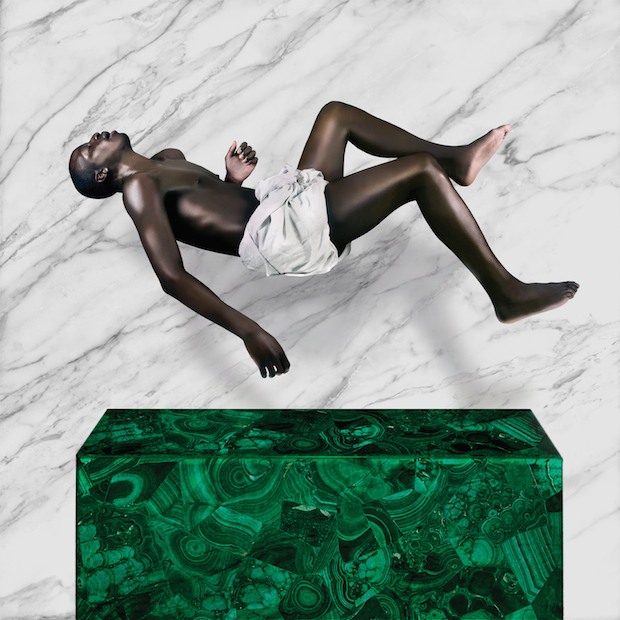 Talented, ambitious and still in his early 20s, Yanick Ilunga—aka Petite Noir—has all the hopeful signs of a rising star. But there’s plenty stacked against him as well. There’s a level of high-concept pop artistry to Ilunga’s music that draws immediate attention but can be hard to maintain over time. Early singles and an EP—The King of Anxiety, released earlier this year—showed great promise, but not every art-popper has the stamina of, say, Peter Gabriel. And hell, even Gabriel’s taken a rough turn or two in his career.

While he’s currently a Londoner, Ilunga has a long personal and family history with Africa. His father is Congolese, his mother is Angolan and he called Congo and Cape Town home before finding his way to Camden. And while his roots make their way to his lyrics and vocals at time, they are more poignant in Ilunga’s production, a soothing, seamless hybrid of new wave textures, modern R&B sensibilities and grooves adapted and inspired from a gambit of African music genres. It’s an ambitious blend of stylistic approaches; not completely unprecedented, but perhaps never approached with the energy and bombast that Petite Noir brings to the table.

But on debut full length La Vie Est Belle, Ilunga proves that he’s more than just an innovative producer or dynamic performer, crafting eleven high-quality songs that form a powerfully gratifying pop album. It’s a record that showcases a masterful understanding of timing and nuance. There’s a lot going on throughout this 49 minute run—moments of joy, hints of darkness, and plain old grooving—but Ilunga knows just when to cut a moment short or when an element is better suited as an interlude or brief breakdown than a full track.

The production and composition on La Vie Est Belle is impressive enough to make the record a strong contender for year-end lists, but Ilunga seals the deal with his gorgeous voice and simple-yet-effective lyricism. This record doesn’t just groove, it’s sexy and dynamic in a way that modern mainstream pop has strayed away from. Ilunga has his new wave influences to thank for that mysteriously seductive tone, but it’s a style given a wonderful spin thanks to his flared songwriting and flexible baritone. These are the sorts of songs that are performed so smoothly it’s difficult to imagine they didn’t already exist in some form.

With this debut, Ilunga joins a growing camp of recent pop artists who aren’t afraid to break boundaries: Blood Orange, Shamir, FKA Twigs; the list goes on. And while this art-pop resurgence might not be anything new for listeners of Petite Noir, there’s something intangible that Ilunga brings to the table on top of his innovative songwriting and excellent vocal performances. It’s that unknown quality that makes a star and, if La Vie Est Belle has anything to say about it, Ilunga is certainly heading in that direction.

The most anticipated albums of spring 2015