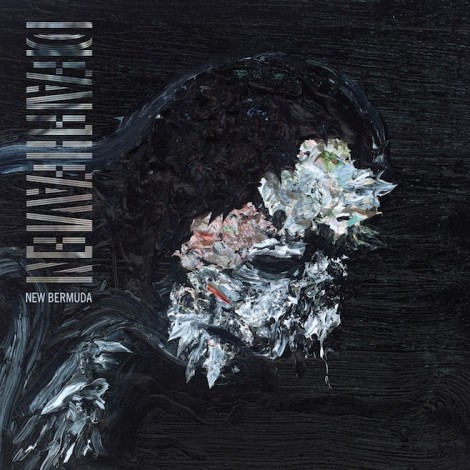 No band is an island. In 2013, Deafheaven very nearly perfected a blend of black metal and post-rock, shoegaze and post-hardcore on on their sophomore album Sunbather, but they’re far from the first to make the attempt. The evolutionary process toward a more atmospheric, prettier form of black metal is one that has long been in motion, contrary to the protests of those who would object to the very idea of beautifying it. You can hear it in the monastic chants and melodic interludes of Ulver’s Bergtatt, the textured emotional exorcisms of Weakling’s Dead As Dreams, or in Alcest’s gorgeous “blackgaze” Rosetta Stone, Le Secret. Sunbather arrived as the logical heir to a long tradition of reshaping black metal into something graceful and more accessible, and performed not just with visceral energy, but an ear for composition and air-tight musicianship.

So much has been made of Deafheaven’s penchant for Slowdive-like instrumentals and Loveless whoosh (and the unicorn-like rarity in black metal of a pink album cover) that a deeper exploration of their metal bona fides tends to get overlooked. Vocalist George Clarke’s abrasive rasp is the most consistently metal element of a band whose identity is impossible to contain with a simple phrase, but there have been hints over the past few years that it would only be a matter of time before their heavier elements would rise up closer to the surface. Last year, the band released “From the Kettle Onto the Coil” as a free download, which was both the shortest song in their catalog to date, and the closest to a classic black metal track they’d released to date—not to mention an absolute ripper of a metal song. But low-key clues abounded; on the second leg of the Sunbather tour, guitarist Kerry McCoy would sometimes let a riff from Metallica’s Kill ’em All fly during soundcheck. Masterful as Deafheaven are at gorgeously composed epics, there’s something reassuring about hearing them return to a primal gnarl or acknowledging their love of classic thrash so explicitly.

They were definitely building toward something with those subtle hints. On “Luna,” the second track on third album New Bermuda, McCoy rings in the ceremony not with a dense cascade of tremolo-picked chords, but with a galloping thrash riff that’s more Slayer than Enslaved, bolstered by a drum performance from Daniel Tracy marked by both precision and fury. Before long, the song becomes identifiably Deafheaven—the roaring verse, the triumphant climax, and Clarke’s screeched laments about his newly chosen home of Los Angeles, which he’s since admitted isn’t what he hoped it to be (“I’ve boarded myself inside/I refuse to exit“). It’s a visceral account of a real, tangible depression, set to some of the most intense music that the band’s ever recorded. And that’s, in part, what makes Deafheaven a band that resonates on a deeper level with so many listeners: It’s the powerful essence of black metal, removed from its often restrictive mythologies and given flesh-and-blood feeling.

New Bermuda—named to describe Clarke’s vision of both a new destination and an uncertain future—is, at times, a more ferocious beast than its predecessor. At the outset, there’s a darkness cast over the album via tolling bells and what sounds like a distorted Hammond organ growl. In less than a minute, that ominous ambiance turns into “Brought to the Water,” a force of direct-to-the-gut black metal that hits as hard or possibly harder than anything the band’s ever released. Working once again with producer Jack Shirley, the group engages in some more rewarding production choices this time around, particularly regarding Clarke’s vocals. As he chants “Where has my passion gone?” at the beginning of the verse, Clarke is screaming less, and clouded in reverb, his presence more like that of an internal monologue than a primal scream. He does eventually get there, accompanied by one of the best leads McCoy has put to tape, arriving around 3:30. And once again, the band’s metal background grows more transparent, though here it’s more Maiden than Slayer, favoring metal’s tendency toward heroic melody than raw, abrasive energy.

Were New Bermuda to exclusively be an exploration of Deafheaven’s heaviest elements, it would still likely be a success on some level, but what makes the band who they are—and in turn, one of the best modern bands in heavy music—is their ability to so expertly juxtapose darkness with beauty. They don’t repeat the formula that made Sunbather a triumph, but rather stretch outward from it. The contrasts are much greater here—the harshness is harsher, but the lightness is also frequently more lush and dreamlike. The opening sequence of “Baby Blue” is less Loveless, more Disintegration, while its undeniably awesome guitar solo is a bit Siamese Dream. The guttural gallop of “Come Back” gives way to a slide outro that’s just teetering on the edge of alt-country. And “Gifts for the Earth” showcases the best of everything the band does well, positioning it as one of their strongest to date. It’s also a safe distance from black metal of any kind, transitioning from a pulsing, post-punk intro into a heavy, climactic chorus and, ultimately, a coda inspired by Oasis’ “Champagne Supernova.” That Deafheaven would attempt something of this caliber is a testament both to their ability to craft a uniquely breathtaking epic, as well as to the idea that they needn’t pay any mind to their detractors. Those who would sneer at Deafheaven for remolding black metal into an emotional, compositionally gorgeous form would probably hate “Gifts for the Earth.” Their fucking loss.

Back in April, Kerry McCoy said on Twitter that New Bermuda had guitar parts that were “kinda like an ignorant bully beating Sunbather‘s ass into the ground.” Indeed, there are chunky riffs, and there are moments of sheer brutality. At heart, though, Deafheaven are as much about embracing that brutality as they are about letting it serve as a stark contrast to those moments in which a blast beat just won’t suffice. If Deafheaven are a favorite target for a certain, cynical type of metal fan, it’s because they give themselves fully to breaking down the very escapist role-playing that occupies so much of the genre. New Bermuda is unquestionably a metal album, but it’s also an atypical metal album, and while it might not be for everybody, its foundation of tangible human emotions shows that the band is within reach of something universal. It’s a destination worth striving for.