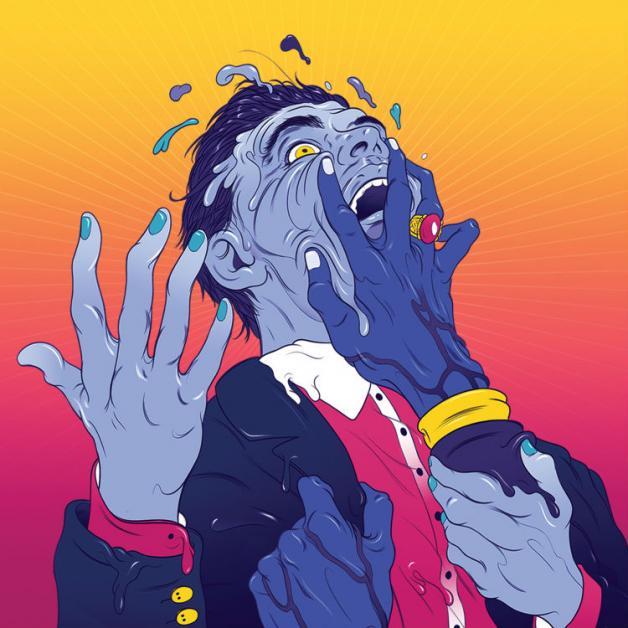 We’re finishing up the year by giving the platform to individual writers to share some their top 10s and personal favorites of the the best music of 2015. Today’s spotlight is on contributor Gareth O’Malley.

1. Everything Everything – Get to Heaven
2. Caspian – Dust and Disquiet
3. The World Is a Beautiful Place and I Am No Longer Afraid to Die – Harmlessness
4. Pentimento – I, No Longer
5. Tellison – Fading Nightly
6. The Wonder Years – No Closer to Heaven
7. Everything Ever – Solid Ground
8. Hidden Hospitals – Surface Tension
9. Codes – Aaltars
10. Delta Sleep – Twin Galaxies

This album is a complex masterwork from my current favourite British band. It’s violent, it’s distressing, and it’s wrapped in the kind of accessibility that will hide its darkest moments from you until the penny drops and you’re like, “Oh shit, that’s what they’re singing about?” Frontman Jonathan Higgs says the record was written in response to world events last year, and as well as being an album that perfectly captures the turbulent times we live in, it’s also remarkably fun to listen to. “Distant Past,” “Blast Doors” and the anthemic “No Reptiles” are just some of the highlights from a quartet who have proven their pop credentials after 2013’s Arc heralded bigger and better things. They’ve gone from being an an intriguing, acquired taste on debut “Man Alive” to cementing themselves as a capital-I important band.

Blacklisted released an excellent new album this year that I don’t see enough people talking about (When People Grow, People Go). That’s what happens when you release a record in February, I guess. However, in the year that I finally started exploring their catalogue after hearing so much about them over the years, it was all about their 2008 record Heavier Than Heaven, Lonelier Than God for me. It’s a short album, something not out of the ordinary for your average hardcore band, but it’s a dazzling and dextrous listen from start to finish, packing raw emotion, exemplary musicianship and a throat-shredding vocal from George Hirsch (seriously, listen to him—exactly how do you put as much passion into every syllable as he does?!) into 11 powerful tracks that don’t even top 20 minutes in total. Concise and captivating from start to finish, Blacklisted’s second LP is hardcore done right.

In a lot of ways, this year was a non-starter for me. I lost some close friends and my mental health took a hammering, which led me to spending most of my time either anxious, depressed or both. A bleak and tumultous year, both in my personal life and on a global scale, led me to finding solace in emotional music: some of it dark and heavy, some of it lighter but no less devastating. At different times, I was drawn to: the dramatic, arty mathcore of Rolo Tomassi’s Grievances; the muscular stoner doom of Monolord, the funereal atmosphere of Bell Witch’s Four Phantoms; the cavernous doom/jazz/post-rock hybrid that was Tangled Thoughts of Leaving’s Yield to Despair; and the oppressive gloominess of Lightless Walk by Cult Leader, the latter of which has been almost daily listening since its release in October. When I didn’t feel capable of listening to heavier things, I reached for albums like Tellison’s Hope Fading Nightly, Slow and Steady’s In Time We Belong and No Closer to Heaven by The Wonder Years. I spent a lot of time searching for catharsis through music when I couldn’t feel anything at all, which meant that my tastes expanded considerably; one good thing that came out of a year that was stellar musically but is personally one I’d like to forget.

A tough question, but there’s only one real answer. Though I was impressed by live sets from the likes of Codes, Playlounge, Titus Andronicus and Girl Band, the one that stood head and shoulders above the rest was Caspian’s show at Divan du Monde in Paris on November 8th. It was a special night—not least because it marked the 10th anniversary of the release of their debut EP You Are the Conductor—but also because I was in Paris just 5 days before the terrorist attacks quite close to where I’d stayed the previous weekend. Music can be quite a powerful thing, and the Massachussetts post-rock band delivered a powerful set that focused on tracks from their most recent album, September’s Dust and Disquiet but also paid tribute to their past efforts. The significance of their performance didn’t strike me until the night of the attacks, but when it did, it reminded me how special live music can be. It lifts people out of themselves and helps them to become a piece of something greater, creating a sense of unity that is wondrous to see and even better to be a part of. Love is stronger than fear, and the love of music can be stronger still. It was an intense, vibrant and energetic show; and even though the real impact wasn’t felt until days later, that only helped to confirm it as my favourite gig of 2015. When I saw Caspian in 2013, they were great; on that night, they were borderline transcendent.