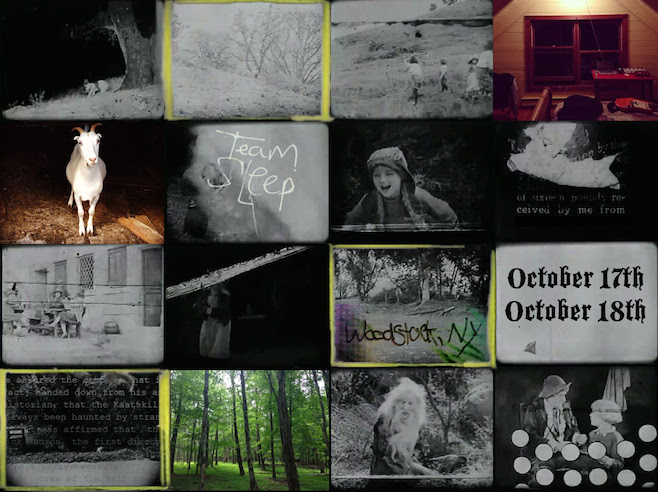 Team Sleep — a supergroup comprising Deftones’ Chino Moreno, Hella/Death Grips’ Zach Hill, Tinfed’s Rick Verrett, DJ CrookOne, guitarist Todd Wilkinson and Crosses’ Chuck X — is reuniting for a new album. The band, which used to feature Pinback’s Rob Crow as well, released one self-titled album in 2005, and are working on a follow-up, whose release date is still yet to be determined.

They’re recording at Applehead Recording studio, as part of the Woodstock series on Oct. 17 and 18, which “brings established and emerging recording artists together with their fans.” They’ll be hosting a listening party, hosting a live performance and Q&A, and will be handing out lots of free stuff to those in attendance as well, including unreleased recordings and a recording of the live performance. They’ve already shared some new material, which you can listen to below.

The band shared the following statement about their new activity:

Please join us as we create our next record in Woodstock, New York. We’ll gather at Applehead studio, near the base of the Catskill mountains to eat, write, play and record. For a long time, business people, logistics, careers, adulthood, families and the House Republicans have thwarted us, but we’ve continued to make music. At the same time, the creative process has become increasingly fragmented and dehumanized. With that in mind, we’re very excited to get together with our friends, hang out, play music and have a unique experience in a beautiful place. We’d like you to be there, too. Your participation will be essential to the independent creation and release of the live performance and our forthcoming studio record; we look forward to seeing you.

Thank you very much,

The Unicorns reunion is a go