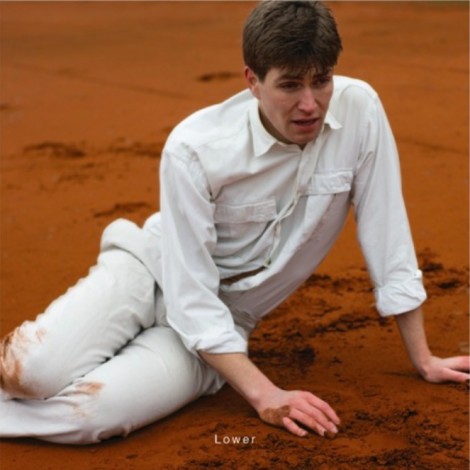 From its title alone, Lower‘s Walk on Heads felt like a statement of aggression. Think about the image of someone walking on other people’s heads, and tell me that’s not a pretty harsh thing to visualize. That bore out on the 10 minutes of abrasive post-punk on the Copenhagen band’s debut EP. Not that they actually advocated such acts of aggression, but much like their contemporaries in Iceage, Lower took on punk and hardcore with an ear for particularly noisy and dissonant sounds. At the center of each of the EP’s four tracks there were melodies, certainly, but not ones that were so easy to extract without getting a little bit roughed up.

That was only two years ago, but Lower is almost an entirely different band now. Their knack for dark, minor-key melodies remains intact on their Matador Records debut Seek Warmer Climes, but the distortion and urgency have been sculpted into something more atmospheric and progressive. To use a fairly cliche comparison, this transition isn’t all that far from the one Joy Division made between their debut EP An Ideal For Living, and their first full-length, Unknown Pleasures. Don’t mistake this as a suggestion that Lower have issued an unparalleled, genre-defining masterpiece with the release of their debut album. They have, however, moved in a very interesting direction.

As strong a first EP as Walk On Heads was, its limitations were pretty easy to hear, and Lower avoids being hemmed in by them by essentially abandoning hardcore altogether. The closest the band comes to that EP’s venomous coarseness is in opening track “Another Life,” which provides a proper point of transition between the band they were and the band they’ve become. But even amid that rush of tom-tom beats and harsh riffs is an unusually positive, inspirational message: “Strive for another life/ Open your arms and let it inside.” Nobody’s laying a boot on anyone’s cranium here; Seek Warmer Climes finds Lower growing up and losing interest in pessimism and darkness — though not necessarily in their sonic approach. There’s still a furious drive to “Dart Persuasion,” a classic touch of post-punk psychedelia on “Lost Weight, Perfect Skin,” and an infectious Cure-like groove to “Soft Option.”

Hearing the Lower of old in Seek Warmer Climes doesn’t require that much of a squint, even if this version of the band has shed some of the more overt punk angst that had previously defined them. Late-album highlight “Craver” has a raw and intense sound that feels more dangerous than almost everything else here, but it opens with a bright bassline that could have been Mike Mills’ circa Murmur. The world Lower now inhabits is not quite so claustrophobic, nor as intimidating. They might not have arrived upon the warmer climes they seek, but here, you can feel the beginning of the thaw.