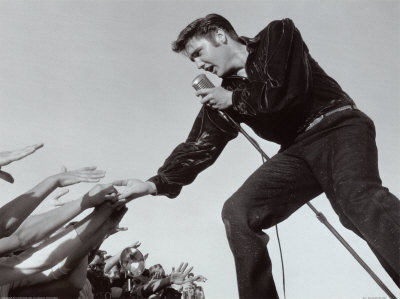 In 1966, a year after Rubber Soul and a year before Monterrey Pop, the most popular song in America was not a British Invasion swinger or an early psychedelic freakout. It was the “Ballad of the Green Beret” by Staff Sgt. Barry Sadler.

And people wonder how Nixon got elected in ’68.

All right, maybe that’s a stretch. The popularity of one song did not necessarily portend the counter culture backlash and the political movement that would accompany it, shaping our nation for much of the last 40 years. Did it?

Two of my favorite subjects are music and history, so it seemed like serendipity when — through means I won’t get into because its sort of an ethical gray area — I came into possession of an iPod Shuffle containing 100 songs from the last 100 years. That’s one song for each year from 1909 to the present.

These songs were the No. 1 song of the year they represent. It’s not clear how the organizers chose the songs from 1909 to around the mid-`40s, but research shows they are pretty spot on. After the mid-`40s, it’s strictly Billboard. The songs held the top spot on the Billboard Hot 100 singles charts for the longest time in a given 12-month period.

What’s so interesting about these songs is how often they don’t represent the popular image of their era. Sure, in 1915, with the country on the brink of World War I, the patriotic “America, I Love You” was on top. In 1936 when a lot of people were wishing money would fall from the sky, the biggest song was “Pennies from Heaven.” But at other times, the music seems hopelessly out of sync.

The 1920s, as represented, were not full of roaring jazz, but mostly warbling lady crooners and mewling barbershop quartets. The torrential 1960s, a decade of civil rights marches, burning draft cards and urban riots, are represented by bubblegum and the aforementioned ballad about “Fighting soldiers from the sky.” The current decade, wracked by terrorism and war but blessed with easier access to music of every stripe, is remembered here by watered down arena rock and disposable R&B jams.

Social historians love to use music as an analytical tool, hoping to find insight into the psyche of civilizations past. Any good historian would look deeper than just the number one song of any year or era, but you can’t ignore them completely. Number ones are the closest a culture comes to consensus. The vast majority of people at that point in time agreed that the song was pretty OK. That’s got to mean something, right? Looking at these songs, my conclusion is yes, but not always for the most obvious reasons.

For starters, the Cliffs Notes version of an era is not usually very accurate. Not everyone was frequenting illegal jazz clubs and speakeasies in the `20s. Prohibition actually had a lot of support when it was first passed. And as we’ve heard from countless culture warriors for the last 40 years, not everyone wore their hair long and drove love bugs in the `60s. For a decade that was otherwise racially segregated, the years from 1909 to 1919 contain a surprising number of blues songs.

These songs don’t often reflect current events as much as they do changing technology and economics. For example, look at the century’s biggest sonic shift. In the early 1950s you had the family friendly, string laden hits of Dean Martin and Doris Day. Then Elvis Presley crashes the garden party with “Hound Dog.”

Compared to everything before it, Presley’s 1956 hit is loud, raucous, dangerous. Elvis has been so commodified for so long that it’s easy to forget how revolutionary he sounded at the time. This song changes everything.

But while Elvis is often held up as a symbol of America’s evolving take on race, sex, fashion and myriad other things, his success is probably due more to the fact that in the post-war boom economy, teenagers suddenly had buying power. They also had transistor radios and portable record players that allowed them to listen to music away from their parents. “Youth music,” for lack of a better term, has dominated the charts ever since.

Still, when you notice that after Elvis, rock and roll dominated the charts for ten years until suddenly “The Ballad of the Green Beret” shows up, it is a little jarring. Just as draft cards were going up in flames, a martial ballad sung by an actual soldier was heating up the charts. It’s hard to believe that’s a coincidence.

Perhaps, like with Elvis, there’s a correlation, but not the one most people expect. A pop song can double as a security blanket. The `60s were really hitting the fan in 1966, and that same year, the masses wrapped themselves in one of the most traditional, conservative songs of the century. But “The Ballad of the Green Beret” is also insanely catchy. It has an elementary melody that can stick in your head for weeks. People weren’t embracing a tried and true tale of American heroism; they were embracing a nursery rhyme.

From “Chattanooga Choo Choo” (1941) to “The Macarena” (1996), searching for meaning in pop songs is generally a fool’s errand. When current events do appear to worm their way into the charts, it’s usually only because they managed to marry a killer hook. But doesn’t that tell you something about a culture too? Something deeper than how it felt about hippies.

The first time I listened to the songs on this iPod from the earliest parts of the century, the Victrola sound quality and drippy lyrics made them almost unlistenable. But after a few more run throughs, I found my toes tapping to “St. Louise Blues” (1914), “I Ain’t Got Nobody” (1921) and “Movin’ Man Don’t Take my Baby Grand” (1911). It illustrates the universal tendency to enjoy a good melody that spans eras and generations and illuminates the mutual humanity within us all. There’s something cool in knowing that my great grandparents and me could agree, those songs are pretty OK.

And after all, the year the United States shattered the mold and elected an African American to the White House, the number one song was Flo Rida’s “Low.” Sometimes, a hit is just a hit.

Treble Roundtable: The Best Music From Past Years We Discovered in 2019