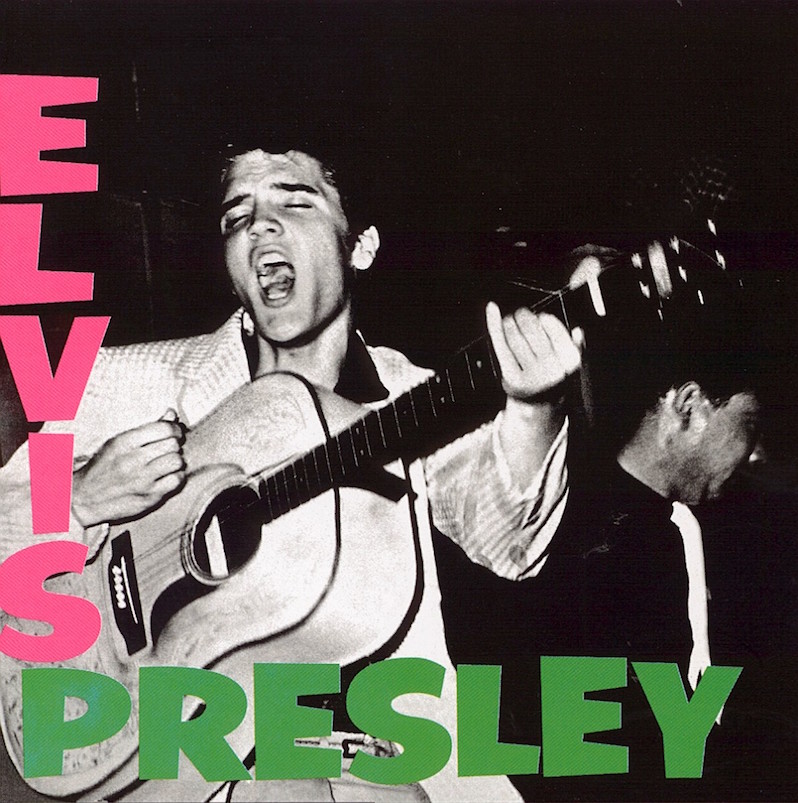 This week’s topic: Every year we obsessively concentrate our efforts into what music we enjoyed most that was released throughout the year, so it’s only natural we give ourselves an opportunity to reflect on the other music that found our ears. So why not share what we discovered: What older music did you discover in 2019?

Tyler Dunston: I revisited Elvis Presley’s self-titled 1956 record this year, part of an effort to give more time to musicians that loom so large in the dubious rock canon that it’s somehow easy to neglect their actual music. It was one of those records I’d heard before without actually hearing it. This year I gave it the time it deserved—it’s a phenomenal record, and not just because it’s Elvis and you should listen to it. Its effect on me likely has to do with the fact that I listened to it at night, full moon coming in the windows of the apartment. Is this the ideal vibe for listening to Elvis? Yes, it turns out. The record is filled with longing, from Elvis’s jaunty spin on “One Sided Love Affair” to the lovesick howling on “Tryin’ to Get to You.” However, it was his absolutely wrenching rendition of “Blue Moon,” which floored me. I’m lying down in bed on an eerily quiet night, looking at the moon, and Elvis, the King of Rock and Roll, is practically weeping in my ears, in a quavering falsetto that’s impossible to shake from memory.

Jeff Terich: I’ve long known of the existence of Terry Callier’s What Color Is Love, primarily because of the cover art depicting a nude woman in a chair, smoking, looking contemplative—intriguing for the evocative and complicated mood it conveys. But for some reason I never actually listened to it until this year during a deep dive leading up to our Best Albums of the ’70s feature. Hearing the gorgeously lush arrangement and emotionally charged soul of opening track “Dancing Girl” made me look at the past decade or so of my life with a Gob Bluth “I’ve made a huge mistake” expression. Frankly, I was astonished at just how gorgeous that one song was, and for that matter how ambitious and strange—it felt like Gil Scott-Heron’s jazzier material produced by David Axelrod, which on paper seems like a crate-digger’s dream. It gets funkier too, like in “You Goin’ Miss Your Candyman”, but what stands out most is the rich layers of sound in Callier’s songs, as much jazz as R&B, as much orchestration as songwriting. Nobody ever really knew what to call Callier’s music, and that’s part of why it’s amazing.

John-Paul Shiver: As Regina Hall’s Angela Abar, aka Sister Night, optimistically attempts to walk on water in the fleeting seconds of the last Watchmen season episode, duly ingesting the “EGG” man, we get the real gully, vibed out, broke down blues version of “I Am The Walrus.” Intimating this version is prolly not done by Paul and The Boys. The prog-rock outfit Spooky Tooth (you can’t make this shit up) got re-exposed 50 years after the original release of The Last Puff album (no, also not a joke) from 1970, this past Sunday night. And rightfully so. Make side jokes off names all you want, but along with millions of HBO subscribers, I got blindsided. And this is after the adult ending of a comic book caper. Something the Marvel Universe financially detests. This dart-wielding hard white soul ensemble, with part-time pulpit ambitions gone psychedelic, brought the tattered bruiser vapors out of nowhere. Instead of hitting up the google machine for more Reddit theories on Lube Man, I’m trying to finagle a vinyl situation. Spotify, meh.

Adam Blyweiss: I’ve written here before about using music to soothe the savage beasts of the high school classroom where I teach. One of the newest, best entries in my rotation is Thievery Corporation’s Sounds from the Thievery Hi-Fi from 1996. For an act that’s been on my radar for years, I never knew this was their first proper album (nor that Germany had the pleasure of hearing it months before the duo’s fellow Americans). It certainly doesn’t feel like a debut, so rich and fleshed-out is their synthesis of global dances like bossa nova, trip-hop’s thick drums, and digitally triggered swooshes and samples. For my students, it’s the seed that sprouted into YouTube’s attention-focusing “Lo-Fi Beats” stream. For me, it’s a Venn diagram showing the overlap of the headphone-trip head nod and the road-trip mixtape. Class dismissed.

Konstantin Rega: “Pendulums” from Sarah Harmer’s All Of Our Names (2004) is one of those songs you put on repeat. From the folky feel to the soft vocals, everything about this song gets into you and moves you along to the sway. The rhythmic thrumming hypnotizes your ears, bending your mind and easing your worries away. The rest of the album is also good, yet this was entrancing. I got vibes of Sixpence None the Richer. And there is still a nagging about the guitar lines that is so reminiscent, but I cannot place where I have heard them before. Anywyay, the loop you will get yourself stuck in is well worth the initial voyage through the beautiful melody and tender lyrics.