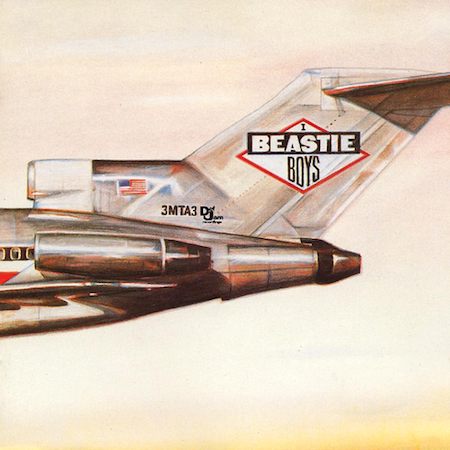 It doesn’t really make sense to include Licensed to Ill in Treble’s Best Albums of the ’80s. Yes, the Beastie Boys are certainly worthy of recognition for their overall contributions to the music scene, especially from the late ’80s and over the course of the ’90s. The Beastie Boys remain timeless for Licensed to Ill not because they invented white boy rap-rock (because they didn’t), and not because their rock and rap stylings were particularly innovative (because they weren’t, really). No, they remain timeless because their music is based around adolescent debauchery, youthful antics, and immature impressions of life and love – all of which will endlessly appeal to our deep-rooted adolescent desires to just kick back and fuck around with life. All the while, the Boys tie in these themes of carefree and crazy youth while remaining as innocent and modest as any good Jewish trio should. In fact, the group is almost an oxymoron when their behavior is analyzed in conjunction with the music on this album – always well-behaved and politically correct in day-to-day life while their songs have lyrics like “You gotta fight for your right to parrtaayyy!” and “All I really want is girls/to do my laundry/to clean up my room.” You could also consider the fact that their Licensed to Ill tour featured giant inflatable penises and girls dancing in cages. And the album was originally called Don’t Be a Faggot. Classy. And while their contagious fusion of rap and rock (influenced by producer Rick Rubin) was largely important in music history, it also brought us bands like Limp Bizkit.

Ok, so, I’ve given a bunch of reasons, from a prudent standpoint, why Licensed to Ill shouldn’t be here. But to give this album some real credit, I can say with confidence that the release of Licensed to Ill marks a significant point in the Beastie Boys’ journey. While the Boys’ career has solidified and developed since the mid-80s into credible and original work (including awesome videos with giant robots), the Licensed to Ill record ultimately represents when the group said goodbye to unknown prank call-themed albums and said hello to matching track suits and tours with Madonna and Run-DMC, eventually displaying enough rock star power to carry their own major tour in 1986, the same year Licensed was released. Without this changeover into mainstream success, we most likely would not have been able to experience the Boys’ subsequently respectable efforts (such as Paul’s Boutique and Ill Communication).

However, the biggest reason why this album deserves a spot in the Best of the ’80s outweighs any other formal analysis of the album’s genius (or lack there of) can be explained with the response I give to my music snob friends when they make fun of me for (occasionally) still listening to Madonna and Justin Timberlake: “Shut up dude, you like them too.” And you did. Who doesn’t know and love “Girls”? Or “No Sleep Till Brooklyn”? Everyone enjoyed Licensed to Ill in all its glory, however you may choose to define it. Personally, my most fond memories of middle school dances do not involve the awkward slow dancing to Michael Jackson’s “You Are Not Alone,” but instead recall bouncing around and yelling the lyrics to “Brass Monkey” (not that I attended middle school in the ’80s, nor did I really understand what the term “brass monkey” refers to, but that’s beside the point). Licensed to Ill is legendary because its infectious energy, immaturity, and rhymin’ and stealin’ got everyone’s attention, allowing the Beastie Boys to put their posse in effect and make even better stuff. Fight for your right to party, indeed.

The Beastie Boys – Check Your Head