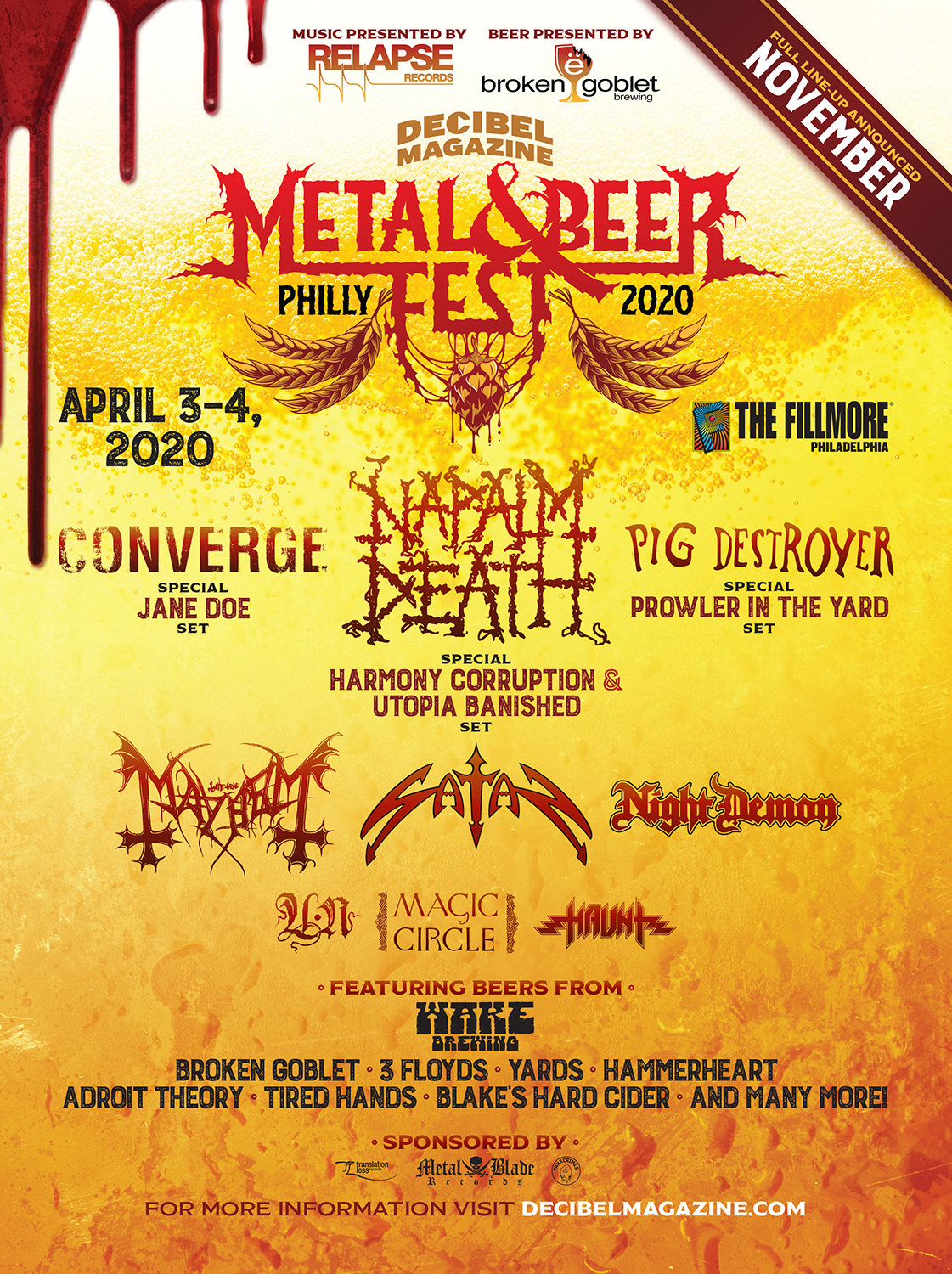 Decibel Magazine has announced the initial lineup of its Philly Metal & Beer Fest, taking place April 3-4 at the Fillmore. And it’s pretty stacked with MVPs, three of whom will be playing classic albums in their entirety. Headlining the festival are Converge (performing Jane Doe), Pig Destroyer (performing Prowler in the Yard) and Napalm Death (performing both Harmony Corruption and Utopia Banished). Also on the lineup are Mayhem, Satan, Night Demon, UN, Magic Circle and Haunt. More bands will be announced in the coming months.

Read our recent Hall of Fame feature on the 15th anniversary of Converge’s classic album You Fail Me.