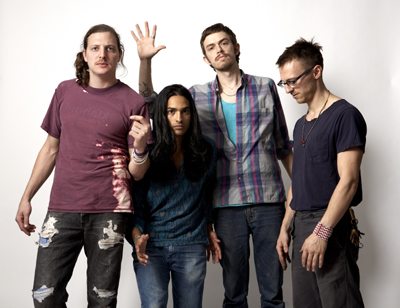 Outside, amidst the swirl of evening traffic and general inanity of holiday shoppers as they bustle along downtown sidewalks, it’s near freezing. The vapor of my breath lost in the exhaust of cars stopped at red lights. At the corner the distinct clomping of hoofs draws my attention to a horse drawn carriage; the driver waves a flashing wand, waits patiently to make a left turn. Lost in the trailing emissions, it seems so misplaced, fractured from these modern times.

Painted on the faces of passers-by, the frantic fervor of the season overshadows any memory of devastating floods that inundated parts of the state and shut down sections of Interstate 5 less than a week ago. Whether or not climate change had any part to play in the near-record rainfalls or the clear-cutting nearby mountain slopes in triggering massive mudslides, well, that’s for the scientists to debate. Besides, there is shopping to be done.

Not that I have time to think about it either, I’m already ten minutes late. Still the thought pervades like a lingering melody, a moving lyric that demands consideration. I worm through the crowds, anonymous.

Anand Wilder, vocalist/guitarist for Yeasayer, greets me on the mostly empty floor of The Showbox, where he and his fellow band mates will headline a KEXP Yule benefit concert in a few hours. His black hair waves well past his shoulders, shining from the spotlights above us. I follow the steps of his leather shoes backstage. Inside, it’s warmer, but not by much.

Like the music they create, self-described as “Middle Eastern-psych-pop-snap-gospel,” Yeasayer readily trample blog-hyped expectations that, as I quickly learn, hardly reveal anything meaningful about the artists themselves.

“I think the `snap’ is my favorite part,” Keating says.

“Originally it was `ghetto-tech’ `cause none of us knew what the hell that was,” Tuton says, “but then ghetto-tech got really big.” I’m pretty sure he’s kidding.

Clearly, we’ve departed from any semblance of consensus and into a realm that is distinctly that of Yeasayer’s choosing. Where vocal harmonies invite comparisons to Brian Wilson and Fleetwood Mac and elsewhere, sitars, finger cymbals, and poly-rhythmic percussion conjure the more captivating aspects of world music—somewhere in that rather intangible amalgamation of East and West—Yeasayer can be found twisting into wondrous knots the suffocating strings of convention. So how did four boys who call Brooklyn home stumble across these quixotic aesthetics?

“It comes from enjoying music that’s emotive,” Tuton explains. “Something that is able to portray lots of different moods, to go from highs to lows. And extremes.”

The band’s self-produced (in five days) debut All Hour Cymbals engenders just such shifting paradigms, fluctuating tonalities that capture a decidedly wide breadth of emotions. It’s a sound focused on texture and feeling, and one that has garnered Yeasayer’s modus operandi its fair share of descriptors.

“Not to be cynical but anytime you have any ambiance in pop music, people are going to say `Oh, it’s new-agey, it’s mystical,'” Wilder says.

Fasano jumps in. “I think the representation of mysticism in our music has something to do with our experience of music as transcendence.”

Keating nods from a couch at the back of the room as he stifles a laugh. “Plus we have a certain love for somewhat cheesy synths.”

“We also use a lot of repetitive vocal stuff which can seem like a sort of mantra,” Wilder continues.

Mantras, transcendence, mysticism—filtered through a pop conveyance—and somewhere in the distant past, lurking like some unavoidable specter, a barbershop quartet hovers.

“Lies. All lies,” Keating replies when asked about his and Wilder’s participation in barbershop competitions, in a tone that may or may not be agitation. Yet it seems to explain the intuitive harmonizing so perfectly. Apparently, the subject is a dreaded one.

“We didn’t last because everyone was too rigid and ridiculously lame,” Keating confesses. “We practiced really hard and tried to get those harmonies right and it was fun, but…” he pauses, “we hated it. We hated it so much!” He barley holds back laughter.

“It’s not as funny as that Simpsons episode,” Wilder says.

“We need a name that’s funny at first-” Wilder references a line from the show.

“That’s less funny-” Keating interrupts, and I can’t help but finish the joke.

“Every time you hear it.” The dingy green walls of the dressing room erupt in bouts of laughter.

Perhaps he’s right about the name, but it’s surprising how a simple turn of an expected phrase reveals much about a band in abject defiance to clichéd ambitions.

“Organically” is how Keating describes the band’s formation. “We played shows very infrequently,” he says. “But we were recording the whole time.” Until they’d fleshed out enough original material as a band, they played songs Wilder had written for his musical, “Break Line,” about coal miners in Western Pennsylvania.

“It wasn’t the traditional `get in a band and start gigging,'” Tuton says. “I think that’s how we were able to develop our writing process.”

Building the songs in the home studio first, the band then focused on representing the material in a live setting.

“There were very definite ideas of how it would sound,” Fasano explains. The freedom offered by the home-recording process allowed the band’s nascent material to foster and eventually migrate to the internet. From there, bloggers took care of the rest.

“None of us really pay attention to blogs,” says Wilder. “That was huge for us in the beginning. We didn’t know how important it was and then it almost set us up for this weird backlash.”

Of course when he says `backlash,’ he means it in a good way. “We got signed because of MySpace,” Wilder adds. In an age when positive online reaction can bestow instant notoriety, Yeasayer’s ascendancy has been brief but meteoric. But as the internet giveth, so too does it taketh away. Accordingly, the band’s own website maintains an austere, if not somewhat cryptic design. Adorned with such foreboding statements as “The day for man has finally come” and a flashing pyramid graphic which unabashedly proclaims “By 2080 only enlightenment can prevent terror everywhere,” it seems almost a conscientious effort to prevent their mystique from evaporating too quickly in the wake of a furious rise. Or maybe it’s as simple as Wilder explains: “We like to fuck with people a little bit.”

Dogmatic or not, Yeasayer are acutely aware of the part rhetoric has to play in this world of estranged cultural ideas, musically or otherwise. “I was collecting religious tracts,” Keating says of the inspiration for the online red herrings. Still one cannot fully appreciate All Hour Cymbals without realizing how lyrical themes contribute to its musical expression, misinterpreted as they may often be.

“What’s funny is that people have latched onto the pamphlet that came with the single [for “2080”] and I feel like they interpreted the song’s meaning by that rather than listening to the lyrics,” Wilder says.

“I can’t sleep when I think about the times we’re living in/I can’t sleep when I think about the future I was born into,” Keating laments on “2080,” the much lauded track that broke the band to the hordes of voracious blog-ivores. Morose as the future it seems to portend, the song is undeniably triumphant. Understanding though, is obviously another thing altogether, and if left to venture a guess this journalist would suggest meaning lies somewhere with the unforeseen consequences of the agricultural revolution and subsequent destruction wreaked upon the earth’s ecosystems by its insatiable spread.

“Either that or global warming,” Keating says of its possible meanings. Then again, I could be projecting. But later lines in the chanted chorus—”We could all grab at the chance to be handsome farmers” and “We can pickle our fate with the blue ribbon winners of county contests“—underscore much more expansive quandaries.

“It still makes sense in some way,” Tuton says. And he’s right. For Yeasayer, though, it’s not about suffocating the listener by confronting head-on a culture absorbed with pro-natalistic endeavors or other problems of global proportions.

“Those ideas are definitely important,” Keating is quick to add, “but I don’t know if there’s a certain message we’re trying to get across.” He edges forward on the couch, hands folded in front of his knees. “Even without realizing it, a lot of times the things we write about, we wouldn’t be like, `God, I really want to write about global terror or germ warfare [the prophetic “Germs”]’ but it will come out in a weird way because you’ll be thinking about it all the time.” He leans back with a sigh. “Reading the newspaper, if you’re at all conscious of your surroundings you can’t just write another song about your girlfriend.”

I’m suddenly reminded of recent floods, a lone horse-drawn carriage drowning in a sea of combustion engine fumes. This awareness, it’s not something you can turn off. These thoughts I fill my head with are not something I can ignore, as much I sometimes wish I desperately could.

“I like the idea of music as a reaction to your environment,” says Tuton. Whatever you call this particular brand of post-modern realism, it keeps the band abreast of any overwrought zeal their lyrics may hint at.

“People get pretentious about music, thinking it’s going to save the world and all these lofty ideals,” Fasano says. As one might expect, most of the band’s other themes are necessarily opaque.

“A lot of songs now have idealistic, political sides to them that get lost in that and they forget `Oh, we’re still trying to make music,” Tuton says.

“I was never a fan of angsty-hardcore-political music,” Keating elaborates.

Yeasayer’s sentiments achieve an often sought yet rarely illumined artistic balance; their words, as much as their music, speak volumes on the human condition without saying as much. Subtlety is a hard-won commodity in this business, and all the more affecting when achieved, especially in these accelerating times.

“We haven’t written our `Fuck Bush’ song yet,” Keating says, “but we have written our `we are really worried about what is going on right now’ song.” Something tells me they won’t get around to writing that `Bush’ song either.

As Wilder assures me, “You gotta’ make it vague for it to be timeless.”

With plans to work on new material after completing their first North American tour and a stint in Europe, Yeasayer tell me they’re anxious to return to the studio. Keating expects their latest efforts will feature (in addition to a producer this time) even more fearless experimentation, now that the band has “one under their belt.” As for inspiration, it may be best to keep checking those newspaper headlines.

An electric kettle clicks off and the lights in this tiny backstage room grow somewhat brighter. Tuton pours a cup of tea for Wilder. I perceive a sense of ritual, however small, of a band in preparation for their first West Coast performance. Wilder cradles the cup in his hand. Calmness circulates throughout the room.

“We’re not as jovial on stage,” he says, leaning in close, the chocolate orbs of his eyes stretched wide, eyebrows perched high on his forehead. “We’re intense!”

I have no reason to doubt him, but in a few hours I’ll know for certain. Like the frigid air that awaits me outside, I try to anticipate, with no shortage of cautious optimism, the future that lies somewhere at the end of crowded sidewalks and through the carbon dioxide haze.