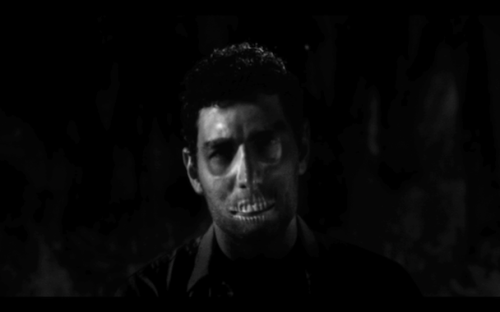 In the new video for “Phantom Rider,” from Daughn Gibson’s great new album Me Moan, Gibson sings through a dark fog with a skull projected on his face, and his body starts to become distorted as the video goes on. Creepy stuff! Watch the Ferry Guow-directed video below, courtesy of Stereogum.