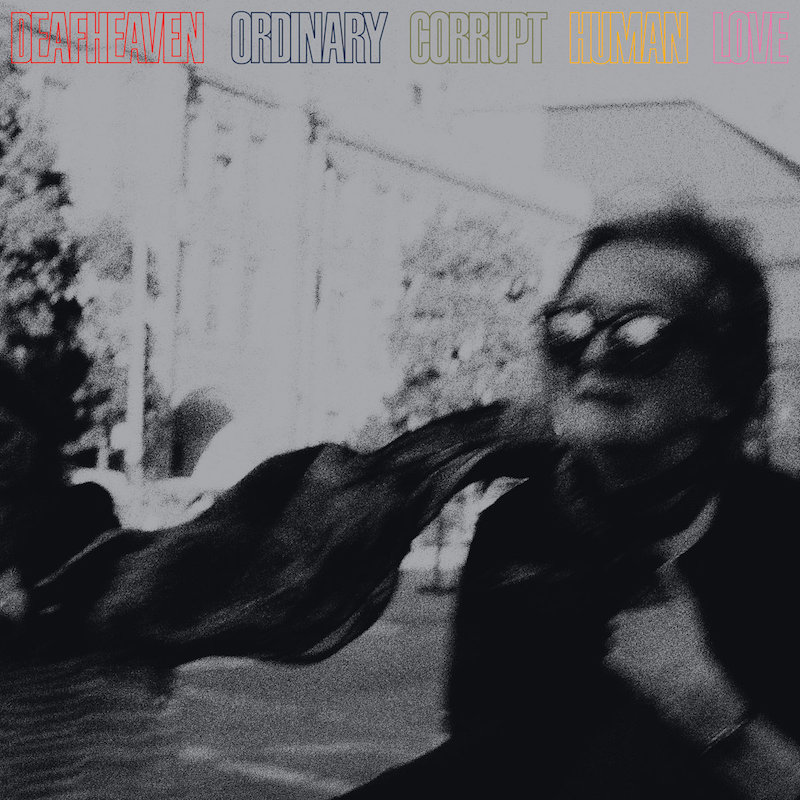 It’s worth asking at this point whether Deafheaven is still a metal band. In the beginning, this wasn’t up for debate, their debut album Roads to Judah a heavily shoegaze-inspired black metal album, but a black metal album nonetheless. Over time, the California band gradually found ways to bend their brand of black metal into shapes that sometimes most often resembled dream pop or indie rock, or even a curiously gorgeous interpretation of screamo. That, coupled with the bright pink artwork of 2013’s Sunbather, led to some intense polarized opinions early on, though if anything, 2015’s New Bermuda offered an even more compelling challenge. The band’s prettier, more delicate sensibilities remained and further evolved, including an outro that curiously resembled “Champagne Supernova,” while they doubled down on the heaviness in parts, even going so far as to add a thrash-metal nod in “Luna.” As little in the way of middle ground as there might have been on opinions about them by their third album, what wasn’t arguable was that metal remained at the band’s core.

Ordinary Corrupt Human Love changes that. As their audience has grown considerably and expanded well beyond niche metal circles, Deafheaven have embraced the non-metal, from an increasingly prominent use of piano to frontman George Clarke making a campy guest appearance in a White Lung video. Still, there’s a bit of a shock to hear the uninterrupted beauty of album opener “You Without End,” a seven-minute lullaby driven by dream-pop guitars, piano and a distorted narration from actress Nadia Kury. Halfway through the track, Clarke eventually breaks the delicate facade with his goblin screech, but the gentleness and grace remains, eventually achieving a climax worthy of Queen or late-period Beatles. Outside of the grandeur and the screams, there’s nothing metal at all about it.

“You Without End” doesn’t tell the whole story of Ordinary Corrupt Human Love, but it’s the boldest and most uncompromising start to any of their albums. Those who haven’t warmed up to them yet likely aren’t going to now, and Deafheaven don’t appear to be in the business of giving a shit at this point. Nor should they—Ordinary Corrupt Human Love is by no means the most cohesive or definitive Deafheaven album, but its highs absolutely soar, and every moment of unapologetic, over-the-top art-rock pomp and stylistic skewering is earned. Everything that existed on previous Deafheaven albums is here, but with the ratios radically adjusted. So where an album like Sunbather might have balanced their visceral power with just enough Slowdive and Slint to give it a more affecting, human approach, Ordinary Corrupt Human Love finds them going all-in on whatever tickles their fancy, from a pure dream-pop ballad on “Near” (complete with actual melodic singing) to a heavier brand of ’90s alt-rock and grunge on “Glint.” It’d be absurd if they didn’t make it all sound as good as it does.

As far as Deafheaven might stray from a more explicit presentation of heaviness or abrasion, they still continue to flex their metal muscles in the most anthemic of ways. “Canary Yellow,” the album’s longest track at 12 gripping minutes, piledrives and sprints its way toward a group chant of “On and on and on we choke on an everlasting handsome night/My lover’s blood rushes right through me.” All the while, they find some fun detours through a haunting midsection that evolves into a series of righteous grunge riffs. The other three tracks that are longer than 10 minutes apiece carry a similarly awesome roar, from “Honeycomb” and its Siamese Dream balance of rock anthem and ethereal bliss to “Worthless Animal,” which makes the journey from goth-rock dirge to monster ballad. Only in the album’s more concise moments, like Clarke’s duet with Chelsea Wolfe on “Night People,” does Deafheaven let off the distortion entirely.

There’s a sense of freedom and limitlessness to Ordinary Corrupt Human Love, a feeling that however well-defined Deafheaven’s music once was, it’s no longer exclusively bound by those definitions. The poetry within Clarke’s growls even seem to suggest an embrace of a beautiful new frontier, declaring in “Honeycomb” that “Life beyond is a field of flowers.” At the end of “You Without End,” there’s an unabashed open-heartedness in its closing statement, “And then the world will grow/ And then the world will know of you, of all things love, of all things true.” There’s a bittersweetness about Clarke’s romanticism, just as on past albums when death and joy were often intertwined, just as the moments of sweetness and grace on their albums are frequently endpoints after periods of blistering harshness. The difference here is that Deafheaven is even more likely to let joy or mellifluous harmony stand alone, and there’s arguably nothing metal at all about that. Which doesn’t necessarily mean Deafheaven aren’t still metal, just that their definition of it continues to prove more fascinating and elusive the longer they play it.