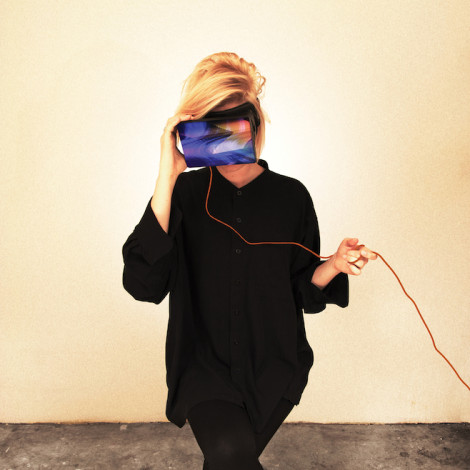 You might ask yourself how Erika M. Anderson could possibly outdo “Red Star,” the beyond-epic finale of 2011’s excellent Past Life Martyred Saints. It’s such a rich and psychedelic monolith of a song, putting a perfect cap on an outstanding debut album, that it sets a pretty high bar for Anderson to clear. But on The Future’s Void, she does — repeatedly. In order to get there, on EMA’s sophomore effort The Future’s Void, Anderson created something vastly different than its predecessor. The record presents an escape from reality, and that notion should not be taken lightly. Over 10 tracks and 44 minutes of The Future’s Void, EMA screws with the entire perception of rock music. The music sounds from another planet and timeline — some kind of future we’ve yet to experience. It’s an album that feels, at times, of another world.

EMA says that The Future’s Void had the necessity of a “first take” vibe, and that just a few tracks were mulled over heavily during the editing process. Her aim was to have her lyrics take on different meanings depending on what type of person was listening to the album. Across its 10 tracks, The Future’s Void covers everything from perceptions of women on “So Blonde” (“So lemme tell you bout this girl I know/ She’s so blonde/ Her pills are shakin’ in her bag/ She’s so blonde”) to repeated references to “redemption” on “Cthulu” (“There is that notion of redemption/ I’m searchin’ redemption with my eyes/ ‘Cause if you can’t find any redemption, you know/ You’re better off in dying”). Most of the songs on The Future’s Void jump from desperate to joyous and back again; the sound playing inside the mind of an indecisive artist trying to come to a final solution but never really making it. “Smoulder” resonates like EMA filtered her moans and screams through a blender filled with anguish, only for the swelling synths and bass to lift her and the listener to the top of Mt. Relief.

It can be argued that every song on The Future’s Void is a highlight, given the individual context within each, but the album flows nicely as a whole as well. Still, there’s a strong case to be made that “Cthulu” is the paramount track — keys inflating to apocalyptic levels with an organ humming loudly like a Sunday choir. At the 3:19 mark, the song transitions into a near-Nine Inch Nails epic, keys continuing to swell as drums pound like rolling thunder to EMA’s immediate cry (“And I get way down, now/ I’m lookin those moments all my life/ I’m lookin’ them straight down in the eyes”). Whether you’re religious or not, “Cthulu” will have you throwing your hands up to the sky, calling out for whatever it is you want, or want to feel.

Music can be like a religion for some people, and the impending sound is God. With equal amounts of destruction and beauty, The Future’s Void presents EMA as one of those people. Don’t be afraid.

Neuromantics: An Interview with EMA