“This song is about acceptance,” Hayden Dunham a.k.a. Hyd explains before launching into the album’s second track, No Angel. The introduction could apply to most of Clearing, the artist’s debut album, which takes views of a heartbreak from continually higher vantage points, finding some new breakthrough at every perch. Singing softly in their distinct spoken word lilt, Dunham strikes a pose on stage, crouching in the flush of the dramatic lighting, leaning into the audience as if by instinct. I’m at Crybaby in Oakland amid a crowd of skinny men and non-binaries in their twenties (or who dress like they’re in their twenties) who’ve just finished throwing themselves around to the opener, hardcore pop producer Umru.

I presume every fan in the audience is a bit like me. (I see one I recognize and avoid him, for reasons that feel like proof.) We’re long-timers. We heard demos of Dunham’s work closer to the time they were recorded, in 2015, when Dunham was the face of an iconic PC music single complete with a Diplo remix, than to today. We coveted links to DMCA-violating Soundcloud uploads and went into Discord forums when they dried up. We wondered why the album didn’t come sooner but accepted that the music industry works in mysterious and frustrating ways.

We love SOPHIE, the late, unparalleled pop producer who shares production credentials with A.G. Cook, Caroline Polachek, and Umru across the album, and whose distinctive drum and synth work elevate the emotional intensity of the album. And we love PC Music, Hyd’s label that doubles as a nickname for the “hyperpop” subgenre in which their work lives. The PC music philosophy draws inspiration from pop art and transhumanism—it challenges musical respectability and convention, exalts feminine desire and gratification, and collapses the distinction between synthetic and real. Cook, the label’s founder, speaks critically of “a fake division between people and computers, machines versus acoustic, organic things.” PC Music’s subtle influence has found clearest tokens in recent work of Charli XCX and Beyonce.

Since Hyd’s initial work in the mid-2010s, the evolution of the genre makes this work feel dated. What that risks, parallel to a point made in a review of labelmate Hannah Diamond’s delayed debut, is not enjoyability but relevance. Dunham’s contemporaries have had chances to explore these ideas in more evolved forms in the meantime. “Glass” recalls Banofee’s “Permission.” Other ideas on texture have been explored decisively in Cook and Cecile Believe’s “Show Me What.” And the voice of Dunham, who is a multimedia artist rather than a dedicated signer, compares unfavorably to the similarly thin chops of Alaska Reid, never sounding more amateurish than on the album opener “Trust.”

Still, there is enough new work and otherwise distinct music to make Clearing memorable. In the album’s standout track, “Breaking Ground,” Dunham offers acceptance and grace to a romantic partner, anchored by addictive distorted synths that nod to the core concept of Clearing: the pain it takes to find truth. In “Only Living For You,” Dunham adorns SOPHIE’s pristine production with an extreme and irresistible earnestness. Through a poet’s taste in metaphors and an artistic self-assuredness, Dunham’s work finds life, not just undeath, in its exhumation.

The song’s final track, “Afar,” reckons with the lingering intertwinement of Dunham with a partner, a specter Dunham spins as a guardian angel. It’s the song that sounds the newest, and the production hints that it may have come together separate from the rest, produced by Polachek (and bearing some of her lyrical sensibility), offering a fuller and more compressed sound, anchored by clanging bells and mechanical clicks and flits. “Afar” hints at the taste of PC music after Sophie: softer and rounder, owing to a greater embrace of reverb, but bearing her industrial hallmarks—almost invoking the new Sam Smith hit “Unholy.” “Afar” emerges alongside it, years too late but just in time, fruits from a tree that’s finally blooming. 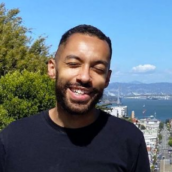 Joshua Seawell writes about music from any city who will have him in California. He has also written for The Stanford Daily.