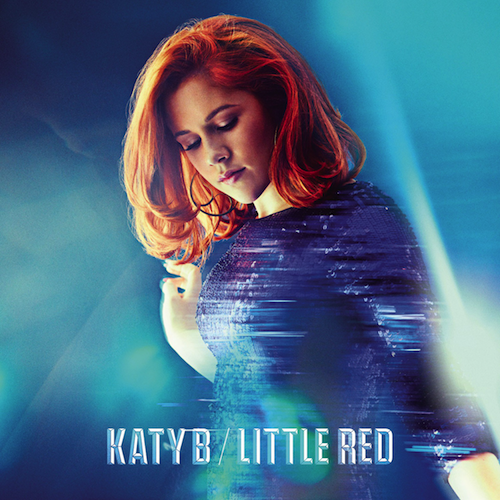 The eventual rise of a bass music superstar has always seemed inevitable. It just hasn’t happened yet — not exactly. Dubstep and future garage have been crashing UK charts for a pretty long time, and since 2007’s Untrue, one of the style’s innovators, Burial, has been the pre-selfie faceless face of bass. A few short years later, James Blake put a more charming spin on dubstep with some atmospheric soul crooning, while across the Atlantic, the yang to his yin — Skrillex — translated the genre into ham-handed bass drops and stadium bombast, which Blake didn’t particularly care for. Sometime after that, the Grammys experimented with some regrettable EDM live mashups, which they apparently still haven’t gotten out of their system. But in that time American audiences caught on to the sleeker, forward thinking and backward-nodding sounds of Disclosure, whose last U.S. club tour pretty much uniformly sold out.

Yet, while an ample lineup of talented or memorable artists have ascended from a wobbly-beat foundation, that one special, iconic artist still hasn’t reached mainstream critical mass. In 2011, however, rising then-22-year-old London singer Katie Brien, a.k.a. Katy B, made a pretty convincing case with her debut album On A Mission that she was the proper candidate to fill the vacuum. Right off the bat, her soulful and versatile vocals gave her an instant advantage, commanding her material at its sparsest or most gloriously bouncy and buzzy. Not to mention her impeccable taste, which insured a certain level of stylistic quality control throughout its duration. But the one truly defining characteristic that put Katy B ahead of so many of her peers was her ability to look past the limitations of genre. It’s not just that her take on bass (with collaborator Geeneus) was top-notch; it’s that she practically transcended it.

That bears out on sophomore album Little Red to an even more impressive degree. She aced the entrance exam, but this time around, Katy B delivers an even stronger, more sophisticated graduate-level club dissertation. Once again working with Geeneus, Katy navigates an emotional gauntlet guided by light reflected by mirror balls and cocktail glasses. The stakes seem a lot higher this time; coming down a little from the high of the fumes inhaled on 2010’s “Katy On a Mission,” Brien takes a much longer look at “the questions you ask yourself as an adult,” as she says in a press release. And while most of the themes of the record haven’t changed that much from the last time around, the gravity of them is much more palpable.

For being loaded with the weight of adult crises, Little Red certainly sounds great. It hits hard early on with the club-ready beats of “Next Thing,” a proper velvet-stanchion-lined entryway into the intoxicating atmosphere that Katy and her cast of producers have so impressively crafted. It’s imbued with the spirit of classic house music, but Katy’s lyric explores a lack of comfort with being in one place for too long, whether personified by young thrill seekers or a tastemaking elite: “We’re on to the next thing, until the break of dawn.” Only one track later, she and Geeneus offer the first real banger of a single, “5 AM,” one of her strongest tracks to date, and one of a handful on the album to draw parallels between drugs and infatuation (“I need somebody to calm me down/ A little lovin’ like valium/ I need somebody to knock me out”).

A great deal of Little Red still concerns what happens on the dance floor, and yes, there’s a lot more to it than dancing. “Aaliyah” features guest vocals by Jessie Ware and puts a club spin on Dolly Parton’s “Jolene.” “Emotions” find’s Katy’s own circulatory system providing the bass drops (“Heart beats loud and strong/ thumpin’ in my chest”). And while there’s no DJ booth playing backdrop to the conflicted romance in “I Love You,” it features some of the most physical production in Katy B’s catalog, courtesy of George FitzGerald. But most affecting of all is the dense hyper-balladry of “Crying For No Reason,” wherein heartache suppression comes rising back to the top during the drive home.

Though Geeneus sits comfortably behind the boards on many of the tracks here, the handful of instances in which he hands over the reins to another big-name producer mostly yield something excellent. Sampha lends a gorgeous twinkle to “Play,” while Jacques Greene splashes shades of neon across “Sapphire Blue.” Yet it’s to Katy B’s credit that even with a wider pool of collaborators, Little Red maintains greater cohesion than its predecessor. It’s no major revelation to suggest that she’s a dynamo on a song-by-song basis, but this really does function splendidly as a whole. If bass hasn’t found its next superstar in Katy B (and I’m feeling pretty good about this one), the career she’s been cultivating is still plenty thrilling.

Katy B releases new collaboration with Four Tet and Floating Points, “Calm Down”