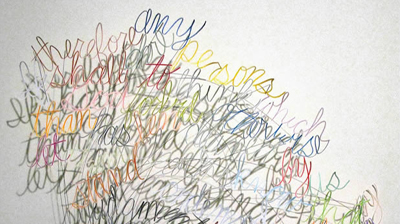 A few weeks ago, we started publishing a weekly capsule called “Reviews in brief,” rounding up a summary of the week’s reviews in one-sentence form, along with completely arbitrary ratings, just for fun. We do this, not as a substitute for our reviews, but as a supplement. If any of our readers missed something, and wanted an easy way to catch up before reading each review, verbatim, we could offer a shorter introduction, and even a teaser as to whether or not we liked the damn things. But the year’s half-over now (more than half, actually) and now seemed like a good time to put together one-sentence summaries of our favorite albums of the year. We assembled 36 of them. Sure, it’s a lot, but it’s been a pretty impressive year so far. So even if it’s just 14 albums shy of our year-end tally, bear in mind that this is just a milemarker, and that the next five months could just as easily match or even best what we’ve seen so far.

Rating: 8 out of 10 afrocosms.
Read Review

Rating: 9 out of 10 reparations from Katy Perry.
Read Review

A dense rock epic that hits like a tidal wave.

Ever-expanding indie rock collective invites some more in for a breezy, art-rock party.

Snaith pumps a disco pulse into his electronic wilderness.

Emeralds – Does It Look Like I’m Here (Editions Mego)

Rating: 9 out of 10 satelllliiiiiiites.
Read Review

UK indie rockers ramp up the grooves and mature gracefully.

The New Pornographers announce new album Continue As a Guest