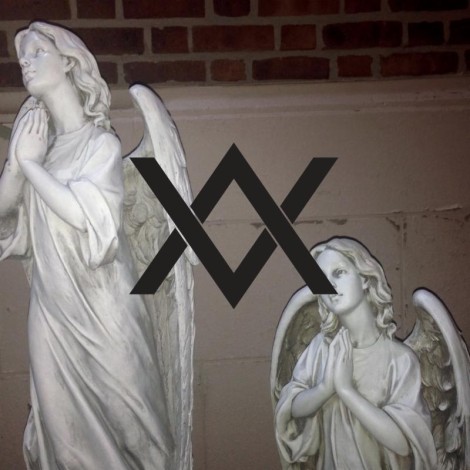 I’m always intrigued when reviews of anything—music, products, what have you—take an outsider perspective, plopping someone relatively unfamiliar with a thing in front of the thing to tell you what they think of the thing. I’ve taken that challenge before when listening to individual albums for Treble, but I think the biggest hurdle I’ve ever jumped in this regard was working to praise a genre relatively foreign to me in our 2014 metal countdown. I have more exposure to and favorites in country and opera, for Pete’s sake. Good metal to me is like that classic definition of pornography: I can’t always describe it to you, but I know it when I see it. So it makes sense that my most recent gravitation towards metal would come thanks to Liturgy, the Brooklyn band notorious for their outsider take on black metal.

They’ve pissed off a lot of diehard fans of the subgenre by breaking some of its biggest — and most arbitrary — rules. Liturgy eschew black outfits and corpse paint, instead looking like comfortable hipsters. They don’t treat their craft like a trade secret, releasing albums on the well-known Thrill Jockey label and daring to play on tours with the likes of Diplo. And for a style steeped in wild, mystical, and eschatological backstories—well, I don’t fully comprehend the conflict, but it seems few in the black metal community want to smell whatever lead singer/writer Hunter Hunt-Hendrix is cooking. My safest toehold on this music, then, is the actual sound of the music.

From their earliest Renihilation days through 2011’s breakthrough Aesthethica, this sounded like music with which I could share a harsh, prickly embrace. Hunt-Hendrix’s screams deep in the mix, Greg Fox’s treble-heavy snares and cymbals, endless guitar walls punctuated by sharp, stabbing riffs—this felt like what black metal should be. I may not completely “get it” but I appreciate its applied emotion and engaging noise, much like accepting what’s going on in Reign in Blood or Paranoid on first listen. For a neophyte/lightweight like myself, it spoke to me much in the same manner as Hank Williams III’s Attention Deficit Domination. It’s entry-level black metal, getting me in the door of the club as well as a healthy dose of side-eye, but it’s black metal nonetheless.

And now here comes The Ark Work, an album sharing its name with Hunt-Hendrix’s recent writings on his brand of “kvlt” philosophy. HHH and the band are fond of calling their music transcendental black metal. “Transcendental” implies leaving behind that which is known, and if we’re talking about Liturgy moving away from frenetic guitar-bass-drum traditions and jagged-edge vocal affectations then, well, yeah. HHH suggested in recent interviews that some sort of reclamation project was due for rap metal, and if you dig deep enough into some of the vocals here (as on lead single “Quetzalcoatl”) it appears he’s starting it himself. That might be enough to send black metal cognoscenti into spasm, but then we have to contend with all of the production and orchestration.

There’s no shortage of synthesized horns, string sections, choirs, and glitch filling up space on The Ark Work. If these merely supplemented black metal’s standard rock cacophony it might be wondrous, but instead Liturgy use these as wholesale replacements. Seriously, a good 40 percent of this album (including a long stretch from “Kel Valhaal” to “Follow II”) has no discernible guitar and very little blasting percussion. Beyond that, glockenspiel and other bell tones fill out tracks like “Follow”; “Vitriol,” meanwhile, is mostly voice and drum hits. “Haelegen” is a cooing, cooling ambient piece, and there’s a layout to “Father Vorizen” that makes it accessible far beyond black metal’s reach, possibly into post-rock’s realm.

I appreciate artistic growth and creative license as much as the next guy, but there’s so much new and different stuff in play on The Ark Work that it’s ultimately detached from the genre it claims to champion, and doesn’t quite work as anything else. One of the maddening things I’m observing about metal—most musics, really—is its whittling down into so many subdivisions, and fans of each splinter being downright reactionary about musicians and other fans staying true to the brand. I didn’t have many issues with the sound of Liturgy’s work leading up to this album, but not only can I now understand the stream of bodies heading to the exits, I’m tempted to join them. Despite maintaining a dense and foreboding atmosphere, The Ark Work simply doesn’t have a lot of what brought me to the dance.