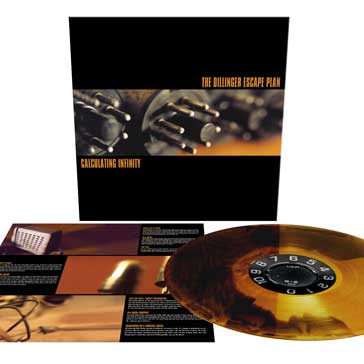 Relapse Records is in the middle of a year-long campaign of special reissues in celebration of its 25th anniversary, which has already seen the release of some long out-of-print Neurosis vinyl, among other notable releases. The next of its biggest bands to get the treatment is New Jersey mathcore masterminds The Dillinger Escape Plan. On November 27, Relapse will release the groundbreaking band’s first three albums—1999’s Calculating Infinity, 2004’s Miss Machine and 2007’s Ire Works—on limited edition silver and colored swirl vinyl. Each comes offered in different colors, Infinity in orange/black, Machine in green/white, and Ire in pink/blue. All titles are available to pre-order here. It’s the first time in 15 years that Calculating Infinity has been pressed on vinyl, and ten years for Miss Machine.

The Dillinger Escape Plan to perform with Mike Patton in December

The Dillinger Escape Plan are breaking up