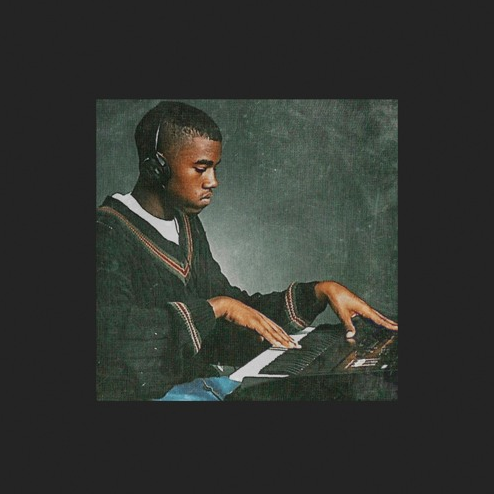 The highest point of Kanye West’s career, 2010’s My Beautiful Dark Twisted Fantasy, came at the tail end of a prolific period of creativity that he funneled into the single-a-week G.O.O.D. Fridays project. Some of those songs ended up on the album in a different form (“Devil in a New Dress,” “So Appalled,” “Power”) and some were simply some great tracks that showed Kanye could be just as strong even when delivering something more casual and tossed off (“The Joy,” “Chain Heavy”).

That project may or may not have just started up again, as West has already delivered two songs on two Fridays in 2016 so far. And it’s not just the concept of G.O.O.D. Fridays that has returned with West’s latest, “Real Friends,” but on some level the character as well. In production, in lyrics and in tone, it’s much more aligned with the self-reflective Kanye of five to 10 years ago than the Black Album nastiness (by which I mean Prince, not Jay) and righteous anger of 2013’s Yeezus. He’s exorcised those demons, at least for now, and he’s moved on to a melancholy reflection on family, friends and how neither of those will always guard you from being hurt or taken advantage of. He singles out a cousin who stole his laptop and held it for ransom, but admits to being just as culpable as those who’d do him wrong: “I’m a deadbeat cousin/ I hate family reunions.” The real twist of the dagger in it isn’t that loved ones hurt each other, but that this is now what’s normal. There’s no choice but to accept that as success increases, the amount of people you can count on goes in the opposite direction.

It’s backed beautifully by a dreamy, minor key sample flip that feels simpler and more organic than anything West has done in some time, which lets the simple, emotional message come through all that clearer. (When posted it also was backed with a snippet of another song called “No More Parties in LA” that features both a Madlib production and a Kendrick Lamar verse, so there’s more ear candy to come.) “I’m just doin’ my thang,” Kanye says in the first verse. “I hope you’re doing your thing too.” From someone who’s given Kanye some tough love of late, all I can say is keep doin’ your thing.