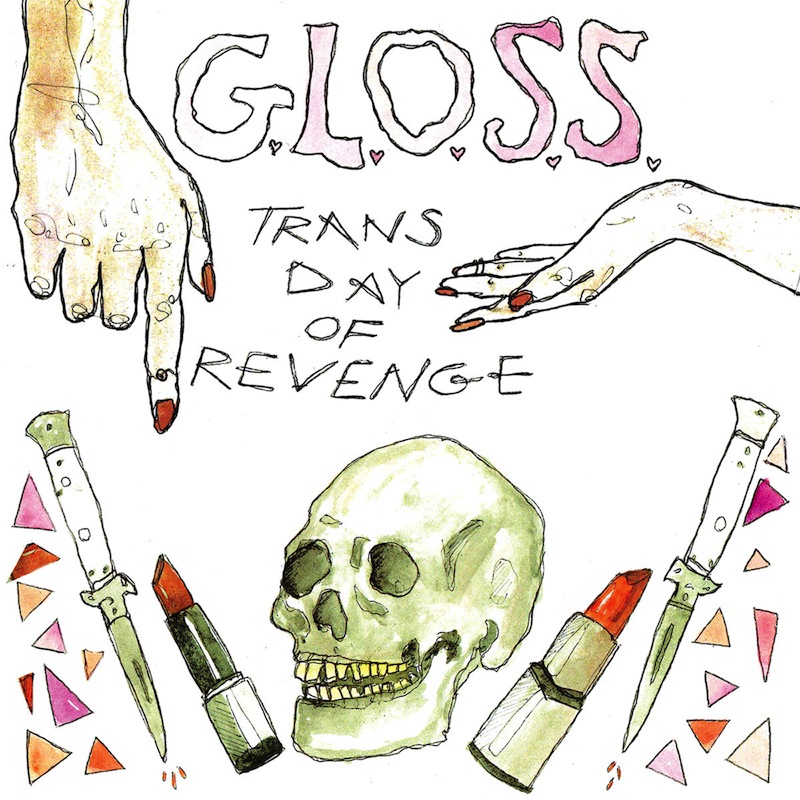 Olympia, Washington hardcore band G.L.O.S.S. (Girls Living Outside Society’s Shit) have just released a new EP via Bandcamp, titled Trans Day of Revenge. The new EP by G.L.O.S.S., which includes multiple transgender members, is currently available digitally, but will be released as a 7-inch soon via Total Negativity/Nervous Nelly. It features the song “Give Violence A Chance,” which was released in February. The EP is “dedicated with love to Adan Parker,” who died last November and was a member of the Olympia hardcore scene. The EP’s artwork, as seen above, was designed by bassist Julaya. Stream the full EP below and take a look at the tracklist. No song is longer than two minutes.