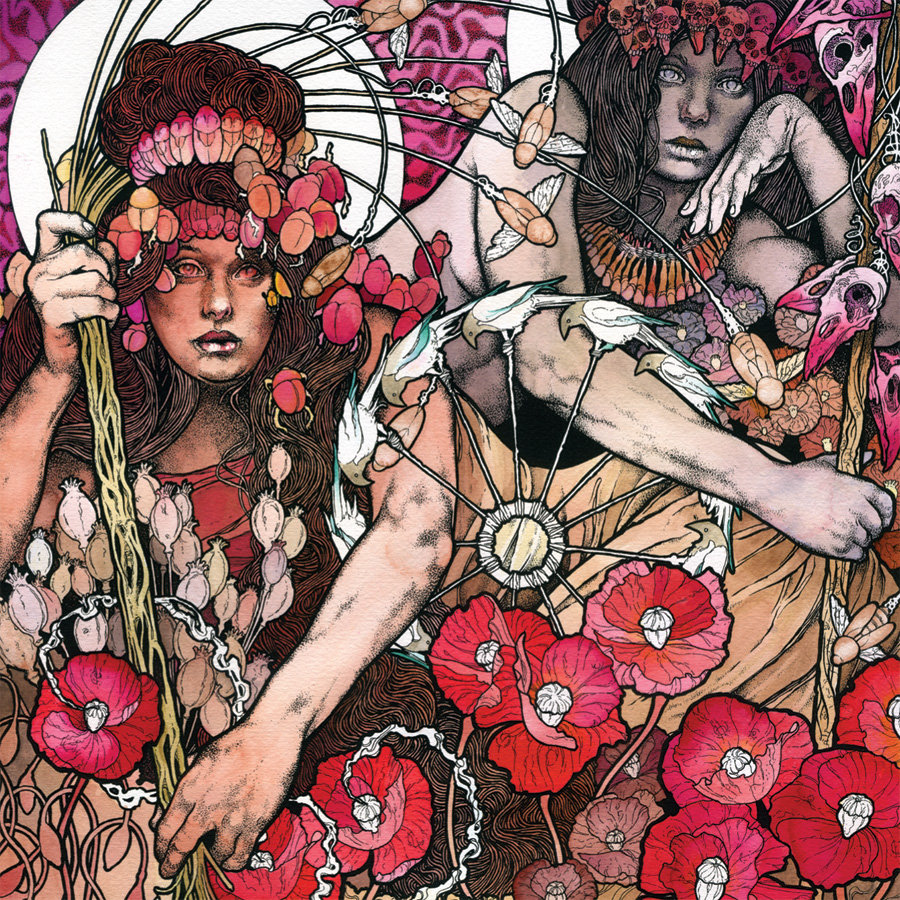 Metal is complicated. Those who know their way around a Slayer or Sleep album can differentiate between the breakneck speeds of thrash metal or grindcore, the atmospheric drones of post-metal, the churning urgency of sludge or the bluesy, stoned and super low-tuned doom metal. It doesn’t take that close a comparison to discern the Sunn0)))s from the High on Fires. But a funny thing about metal bands is increasingly how often they seek to blur those lines, both within the realm of heavy music and without. And that’s when things get really interesting.

Enter Savannah, Georgia’s Baroness. On one end of the spectrum, they create epic, progressive instrumental build-ups, not unlike Isis’ majestic sonic maelstrom. On the other end, they’ve got a pointed hardcore-influenced aggression, and their occasional similarities to Mastodon would have them in a particularly elite strata of Peach State heavy music. Yet, in another corner altogether, they have a bluesy, stoner rock groove, bridging their extremes with accessibility and giving them a touch more of a laid back feel. Taking their wide-spanning scope, not to mention their nearly flawless execution of such, it’s hard not to call Baroness’ full-length debut, Red Album, the best metal album of the year.

Following the release of two prior EPs, titled First and Second, Red Album is a sprawling and fully realized work, more ambitious and more artfully crafted than the band’s prior releases. The range and dexterity of both their songwriting and musicianship is in full regalia on leadoff track “Rays on Pinion” alone. John Baizley and Brian Blickle’s guitars trace exotic lines around one another during the song’s lengthy, spacious intro. Yet by minute four, in comes the churning distortion and Baizley’s superhuman bellow. Equally adept at a deep, melodic howl as he is at a husky growl, Baizley’s vocals are versatile, yet always potent. Then around five minutes in, those guitars, once slowly encircling one another begin a vicious duel, still alluring and enchanting, but with venomous, rabid teeth.

At their most accessible, such as on “The Birthing,” Baroness marry the low end doom of Black Sabbath with a Southern rock groove, making for a sound as accessible as it is muscular. Their progressive, showy side is never far behind, as evident on “Isak.” While the song, itself, is a sludgy, churning shuffle, it’s the guitar pyrotechnics that drive the song toward something greater. On “Wailing Wintry Wind,” Baroness retreats to a slower, funereal dirge, hazy and graceful, but ominous all the same. What was once glacial and elegant explodes into its evil twin, a fiery bath of distortion shattering all in its path.

Bridging the first and second halves of the album is the acoustic interlude “Cockroach En Fleur,” a curious diversion from the monolithic power of the songs that surround it. At only two minutes long, it fades quickly, giving way to “Wanderlust,” which is the most immediate song here despite comprising more harmonized guitar work than actual verses. It’s also one of the best outlets through which Baroness exhibits their most formidable strengths. Its intro is instrumental fire, guitars racing toward an apocalyptic checkered flag, while its verses are closer to hardcore in nature, blistering power chords laying a foundation for Baizley’s mighty wail, which is clearly at its most scorching here. Though the short, even somewhat catchy “O’Appalachia” offers a vocal performance on par in terms of raw power.

The beauty of Baroness, in addition to the overt majesty of their sprawling instrumental passages, is how eclectic they are in approach while still remaining true to a foundation of power and volume. While Baroness shows a great amount of restraint in many ways, they just as easily give in to their prog tendencies, letting the solos do the talking when a three chord thrash just won’t do. They get the balance just right on Red Album, offering a metal album that may be difficult to categorize but stands on its own as an artistic achievement both within its genre and beyond.