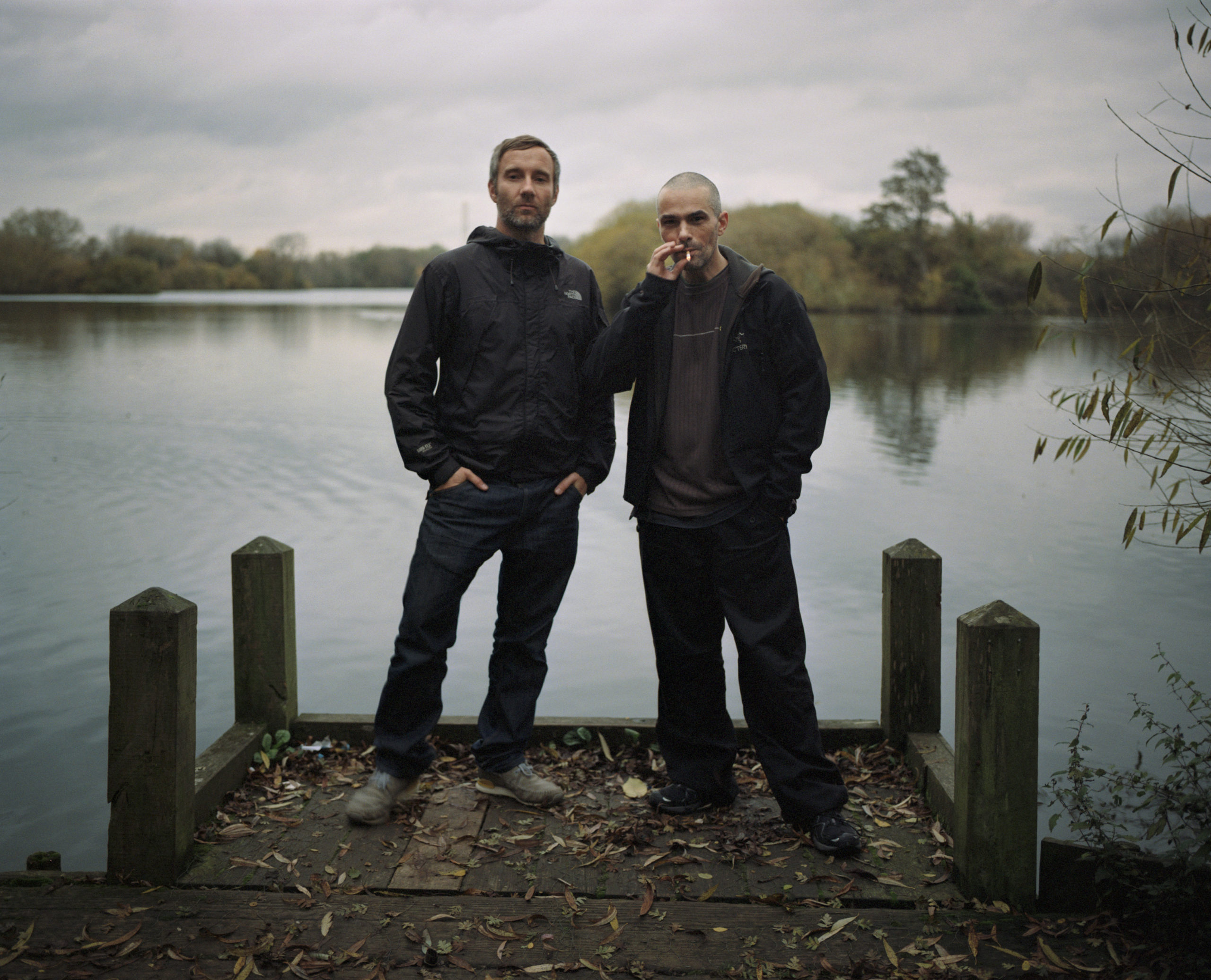 From the moment they chose their undefinable, unpronounceable name, Autechre made clear their path would never be a straightforward one. The Manchester duo of Sean Booth and Rob Brown began producing music at the dawn of the ’90s, but quickly transitioned from techno and acid house into more unconventional takes on those sounds, to what we now know (perhaps dubiously) as IDM, or “intelligent dance music.” And for a while, it was dance music—Autechre made some of the most forward thinking electronic music of the ’90s, beginning to dismantle the basic elements of beat-driven music, but that beat still remained at the heart of it. But as they advanced into the 21st century, the beats began to take new shapes as well, with different time signatures, tempos and patterns. They rewrote the rules altogether.

With 2023 marking the 30th anniversary of Autechre’s debut album Incunabula, I revisited the band’s complex, constantly evolving but endlessly rewarding catalog to offer a roadmap for first time listeners. The distance between their most immediate material and their most abstract can be pretty vast, and while it’s all worth exploring, it makes the most sense to do so with a gradual trek into the knottier, more experimental sounds. Here are five of the best Autechre albums to start with, plus next steps and deeper listening.

A journey into Autechre doesn’t begin, necessarily, with their most stunning accomplishments, but rather their most accessible one. Released the same year as Aphex Twin’s sprawling double-CD Selected Ambient Works Vol. 2, Amber is arguably more aligned with Richard D. James’ prior Selected Ambient Works album—the one that’s more rooted in techno than eerie and unsettling soundscapes. Still early on in the duo’s journey into idiosyncratic production and composition, the 11 tracks on Amber are hypnotic, mesmerizing—even occasionally beautiful. I know no better word for the warmly pulsing melodies of “Slip” or the serene, beat-free air of “Nine.” But Amber is mostly about movement, the evolving propulsion of “Montreal,” the suspense-building escalation of “Silverside,” the chilly whir of a landscape passing by on “Foil.” The execution of everything on Amber is pristine and sleek, more explicitly connected to the futureworld of techno than the abstract shapes they’d come to create in less than a decade’s time, as pleasing to the ears as they are provocative to the imagination.

Though it defies intuition to backpedal from a sophomore album to a debut before moving on, in the case of Autechre, it helps to unlock the duo’s curious sonic evolution. Incunabula is just slightly pricklier than its successor, more attuned to the minimalist thump of techno at its purest but by no means a pure techno record—the penultimate track “Lowride,” for instance, is essentially a downtempo comedown with elements of house in its DNA, particularly its recurring piano loop. But throughout the album, Autechre bring what feel like cold and alien landscapes to life through moments of pure musicality (“Bike,” “444”) and more abrasive curiosities like “Basscadet,” with its strange layers of samples and industrial-tinged textures serving as an example of why the group became synonymous with “intelligent dance music.” And here, it very much is dance music—most of it anyway. The rhythmic elements are undeniable, even as the atmosphere is at its most peculiar, and though the 77-minute runtime is a fairly lengthy sitting for a first album, it’s one of Autechre’s most purely enjoyable records.

Tri repetae was my introduction to Autechre—sort of. MTV actually showed the video for “Second Bad Vilbel” on its short-lived electronic music show AMP, though that was actually a bonus track on the 2xCD U.S. release of the album, titled Tri repetae++. But the aggressive, almost industrialized take on IDM caught my interest, regardless. Curiously they never made any videos from the album itself, despite it being the most accessible set of music in their catalog, and arguably their best—arguments for all five of these being valid, despite my preference for this one. Here we start to see Autechre as an aesthetic entity take shape—more noise and static, more metallic textures, song titles that look like words but aren’t actual words (“Gnit,” “Leterel”). And though it’s fairly lengthy (if not as long as it’s bonus-track-laden 1996 issue) it’s in constant motion, always evolving, making no waste of the entirety of an eight-minute standout like “Clipper” as it escalates from airy glow to dystopian bass banger. In more concise moments, like the neon flash of “Eutow” or the melting hard-drive funk of “C/Pach,” Autechre embrace actual body music rather than braindance. I’ll get to the bonus tracks later, but this is nearly perfect as it is, a climactic moment of brilliance in which innovation and accessibility are pulsing at the same BPM.

Between the melody-friendly ambient techno of their earlier records and the more abstract sound art of their later records is LP5, an album that’s transitional without being uncertain or unresolved. Released in the U.S. by Trent Reznor’s Nothing imprint in 1998 (along with Squarepusher’s Big Loada), LP5 drifted away from the more immediately pleasing atmosphere of their first few records in favor of sonic terrain that hews closer to the impression of IDM as something like music being performed by machines with haphazardly applied lubricants. Though this isn’t robotic music—it’s not organic, either, but there’s a human element beneath the impossibly sputtering rhythmic programming of “Acroyear2,” the juxtaposition of glitching beats and ambient tones on “Rae,” or the constantly breaking down BPMs of “Fold4,Wrap5.” Autechre’s records once seemed perfectly at home in an environment conducive to dancing; here, it’s not always easy to determine the tempo or time signature. Squint and you can still find the roots of techno in what they do, but Booth and Brown make greater efforts in reshaping them and reimagining them, pulling them out of context and reprogramming them into a finished product that’s more provocative of thought than physical movement.

Confield is not an easy first album to unlock, and yet it’s included in this Beginner’s Guide because it represents the far boundary of their experimentation. You can’t fully experience the full spectrum of Autechre’s music without hearing how far outside the established rules of beat-driven music they’re willing to go. The tools that Booth and Brown employ are largely the same as those of Incunabula or Tri repetae—generative progressions made from computers, analog sequencers and drum machines. But the end result is one where nothing ever quite aligns the way that rhythmically conventional music is expected to. So rather than hear the ghosts of techno that still permeated the walls of their compositions on LP5, we instead encounter compositions as irrational shapes, geometric abnormalities like the rapid escalation and halt of clicks on “VI Scose Poise,” like a singing bowl with serrated edges, or the skipping and stammering of “Pen Expers,” or the digital infestation of “Parhelic Triangle.” Even a relatively accessible piece such as “Cfern” feels as if it’s ambling around the central progression rather than following or guiding it. The duo’s acknowledge that, were this to be performed by live musicians, it would sound something more like jazz. Confield is bold and often bonkers music that demands close listening but manages to defy logic even still, the work of a duo content to remove IDM’s middle digit altogether.

Next Steps: To hear Autechre’s earliest material on Warp Records (following a cassette demo and one acid-house 12-inch), next check out the Artificial Intelligence compilation. It features two early tracks from the duo, including “The Egg,” an early version of “Eggshell” from Incunabula. It’s a fun early glimpse of their oddball creativity, alongside tracks from the likes of Aphex Twin, Speedy J, Richie Hawtin and The Orb’s Alex Paterson. Then dive into EPs 1991-2002, which is a sprawling collection of all their EP tracks over a 12-year span, including the outstanding ep7, and the Anvil Vapre EP, which features “Second Bad Vilbel,” the first Autechre track I had ever heard.

Advanced Listening: When it comes to Autechre, listening gets pretty advanced pretty quickly, though there’s always a balance between abstraction and mesmerizing musicality. With 2010’s Oversteps, the duo took their sound to more cinematic climes, with the overall effect being something like an IDM tilt on modern classical. While their two recent companion albums, SIGN/PLUS, ease back into more melodic and approachable material while continuing to explore the curious musical shapes that only they can make.

Treble is supported by its patrons. Become a member of our Patreon, get access to subscriber benefits, and help an independent media outlet continue delivering articles like these.