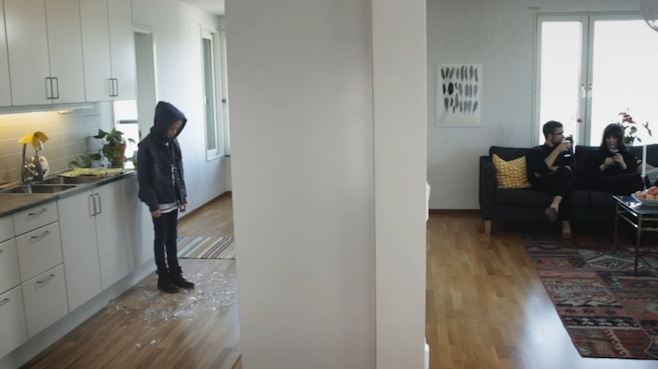 The Knife are planning to release their highly anticipated new album, Shaking the Habitual, in April, and the slow trickle of information has finally led us to a brand new video for 10-minute album cut, “Shaking the Habitual.” The epic short film was directed by Marit Östberg, and the clip features motorcycle riding, some intense house cleaning, gender bending and other crazy miscellania.

The video release was accompanied by a statement from the duo:

“The film ‘Full of Fire’ started to grow as an embryo in the song’s lines ‘Who looks after my story’. Who takes care of our stories when the big history, written by straight rich white men, erase the complexity of human’s lives, desires and conditions? The film ‘Full of Fire’ consists of a network of fates, fears, cravings, longings, losses, and promises. Fates that at first sight seem isolated from each other, but if we pay attention, we can see that everything essentially moves into each other. Our lives are intertwined and our eyes on each other, our sounds and smells, mean something. Our actions create reality, we create each other. We are never faceless, not even in the most grey anonymous streets of the city. We will never stop being responsible, being extensions, of one another. We will never stop longing for each other, and for something else.”