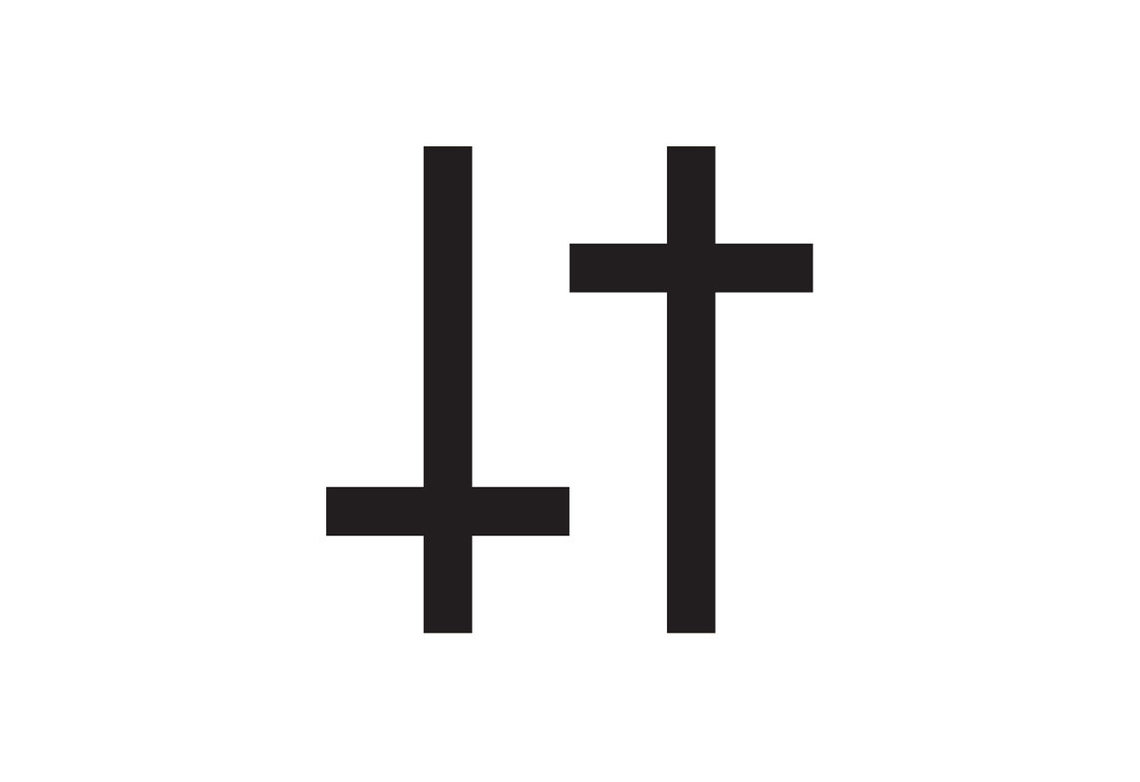 Metal thrives on controversy. It’s the genre’s lifeblood, whether it’s Slayer making a career out of theatrical Satanic put-ons or King Diamond making a career out of, well, theatrical Satanic put-ons. It’s music that’s always meant to be dangerous on some level, to make suburban parents uncomfortable, to tap into a darkness that the average person would probably rather pretend didn’t exist or perhaps, more simply put, just finds distasteful. We love metal because we embrace that darkness, that ugliness, that danger.

But controversy within metal? Well, that’s a different story. Metal bands or albums are often controversial for pretty stupid reasons. I’m not talking about politics—I’m talking about doing shit that isn’t metal. At least according to self-appointed gatekeepers on message boards, social media and the comments sections of any blog or magazine, a.k.a. the Worst Places in the World. (We delete more comments on Treble than we allow, just for one example.) Now, to be clear, sometimes metal albums that cause a stink are justifiably targeted. Take, for instance, Metallica and Lou Reed’s Lulu, an album that a few people have tried to convince me was comparable to recent Scott Walker. Though for that to be the case you’d have to ignore any and all tonal distinctions in Walker’s compositions, their orchestrations, overall sound and the fact that not a single Walker album features James Hetfield exclaiming “I am the table!” So, no—not the same.

But a lot of my favorite metal albums have caused some degree of backlash. I assume that’s true of most metalheads, though they’re different albums depending on who you ask—Decibel even had a column titled “Justify Your Shitty Taste” which found its writers defending everything from lackluster late-period Helmet to Judas Priest’s synth-metal moment, Turbo. I never figured I loved anything that was universally considered bad among the metal community, although there have been a few that have been maligned as much as celebrated, or even more so.

I can think of no metal album more despised in its time than Liturgy’s Aesthethica. This mostly has to do with the fact that its release followed a somewhat pretentious manifesto about “transcendent black metal” written by frontman Hunter Hunt-Hendrix, who intellectualized the style rather than based it on some primal darkness. And sure, in the scheme of things it’s a little silly. But the music is fantastic. Arguably it’s more noise rock than metal, with rhythmically complex songs that at times more closely resemble Lightning Bolt than Darkthrone. But even if it’s pretentious to say so, there are moments that are indeed transcendent. And it’s nowhere near as potentially divisive as their 2015 album The Ark Work, which is pretty out there.

The same year, Boris released a trio of albums, two of which came nowhere near metal (one, their second album to be titled Heavy Rocks, did). While New Album was a J-Pop album of reworked songs from other sets, Attention Please was an album of shoegaze, dream pop and trip-hop, and by god it’s fantastic. It doesn’t sound like Boris, which is a problem for some. In other words, it’s not Pink Part 15, which in my eyes is a good thing. They can challenge themselves—great artists are never the ones who are in the business of keeping their audience pacified, and Boris only does what Boris wants to do. It’s what makes them one of the most consistently interesting bands of the past 25 years. But I suppose I understand why some people just simply didn’t like this one.

Then of course we have Deafheaven, who will always stick in some folks’ craw. When they released Roads to Judah, nobody seemed to mind them all that much, but by the time the California band released their first truly great album, 2013’s Sunbather, well that’s when all hell broke loose. It could be because of Pitchfork liking it. Or the pink album artwork. Or the fact that their sound is less about making black metal that sounds like it was recorded in the Trainspotting bathroom and instead influenced by bands on the Trainspotting soundtrack. It’s all plenty of grist for the mill. The fact that it’s such a good album I’m sure only makes it all the more infuriating for some.

There’s also Mastodon’s frequently shrugged-over The Hunter, which is mostly a great hard rock album. Or any of their hard-rock-but-not-metal albums. Or any of the late ’70s Sabbath albums (saxophone on a Sabbath song? C’mon!). The list goes on. But regardless of whether I gain or lose cred for enjoying these albums, I still like them. I still find them extremely enjoyable, even if in some situations I’d be in the minority. Which in most of these cases, I’m not. The naysayers are often always the loudest. But even in cases where the backlash is seemingly insurmountable, like with Lulu, it’s not like Metallica will ever lose their status as the biggest metal band in the world.

And even if it is terrible, I think I’d rather there be a Metallica that releases a really absurd risk of an album like that than to make 17 more Loads.

The Best Metal Tracks of July 2019

No One Knows What the Dead Think – “Yorha”

Well, goddamn! I should probably go into the history of the members of No One Knows What The Dead Think, which includes two members of Hoboken, New Jersey grindcore troupe Discordance Axis. And I should probably note that vocalist Jon Chang has been involved with the similarly short, intense futuregrind outfit Gridlink. Chang, guitarist Rob Marton and drummer Kyosuke Nakano are onto something slightly different here. But as you might have noticed by my reaction, still something that’ll set your ass on fire. “Yorha” is 99 seconds of breakneck hardcore and rhythmically intricate grind that feels looser and more swaggering than Marton and Chang’s previous band, but no less explosive. If you’ve got a minute and a half and want to use that time to feel as if you’ve been obliterated, well, here’s a pretty good opportunity.

From No One Knows What the Dead Think, out September 20 via Willowtip

One of the best parts of writing about metal is getting to be part of a community that shares recommendations, discoveries and other tips about music. I’ve found a lot of favorites just from my peers, and it continues to happen pretty regularly. In fact, just a couple weeks ago, Treble contributor Langdon Hickman was hailing Bull of Apis Bull of Bronze’s new album as one of his favorites of the year. So naturally I had to listen to it right away, and yeah, it’s damned good. With members from Colorado and Washington, Bull of Apis Bull of Bronze merge the spiritual with the political, crafting a sprawling, masterful, Wolves in the Throne Room-like sonic expanse with antifascist themes. So far, so good! But just with “O! A Smile of Blood!”, the lengthy opener to what’s essentially a trio of huge tracks, the band blends a dense blackgaze textural approach with an eerie chanting that feels transcendent yet overwhelming. I’m still taking it all in.

From Offerings of Flesh and Gold, out now via Tridroid

Cable’s a name that will likely strike a nostalgic chord for a certain, Hydra Head-loving listener. The Connecticut band released six albums between 1994 and 2009, probably best known for 1999’s sludgy post-hardcore standout Gutter Queen, then basically just went quiet for a decade. Sort of. Frontman Randy Larsen kept busy with the similarly abrasive and churning Empty Flowers, who are also badass, but it’s nice to have his long-running outfit back in the saddle again. And “Rivers of Old” is just the sort of meaty, brutal slice of noise-rock sludge that made the band so great from the jump. Slow-moving yet melodic, and with an Unsane-like penchant for rust-scrape brutality, “Rivers of Old” is the kind of nastiness that this long, hot summer demands.

From Take the Stairs to Hell, out July 26 via Translation Loss

What does “post-metal” mean, really? In general, it’s a term thrown around to denote metal that embraces the atmospheric and emotional instrumental dynamics of post-rock. But it’s also become a catch-all for metal that embraces beauty and non-traditional metal instruments over the meat-and-potatoes distortion and screaming that we expect. Minneapolis’ Ashbringer brings to mind a number of post-metal favorites throughout the past couple decades: the emotional tug and anthemic melodies of Deafheaven, the rustic folk and earthiness of Panopticon, and the evocative instrumental approach of Agalloch. “Absolution” combines all three of those bands’ strengths into a song that sounds ultimately like no specific other metal band right now. The group’s steeped as much in country, Southern rock and alt-rock as they are black metal, and it all comes together in a soaring, powerful way—pianos, acoustic guitars and all.

From Absolution, out now via Prosthetic

I often have internal battles over whether to reserve these spots for bands that might slip under the radar of most readers. Then again, I think it’s important to highlight the best of the best, whether it’s a rookie or a ringer. We all know Torche. We all love Torche. But you know what? It’s extremely reassuring to hear them in top form on a track like “Admission.” A highlight from the stunning album of the same name (I’m inches away from calling it their best, try and stop me), “Admission” is the heaviest pure rock anthem I’ve heard all year. (Well, maybe the singles from the excellent new Baroness album, though those are arguably weirder and more experimental in their approach.) This is the kind of song that I’d crank if I heard it on a mainstream rock station—which still exist as I confirmed on a recent trip to Portland (though I heard nothing released after the ’90s). “Admission” is a big, meaty, badass rock song with the most monstrous of low end and sludgegaze textures, with the biggest hooks in metal (we’ll forgo the semantics for the time being) this year.

From Admission, out July 12 via Relapse

The Best Metal Albums of the Month:

Baroness‘ Gold & Grey: My adoration of this band is well documented on these pages, but I still can’t help but be impressed with their continued evolution, and some of the best songs they’ve ever written. A triumph. (Abraxan Hymns)

Immortal Bird‘s Thrive on Neglect: A head-spinning, blackened-death grind-feast with swagger, rage and a lot of fun. (20 Buck Spin)