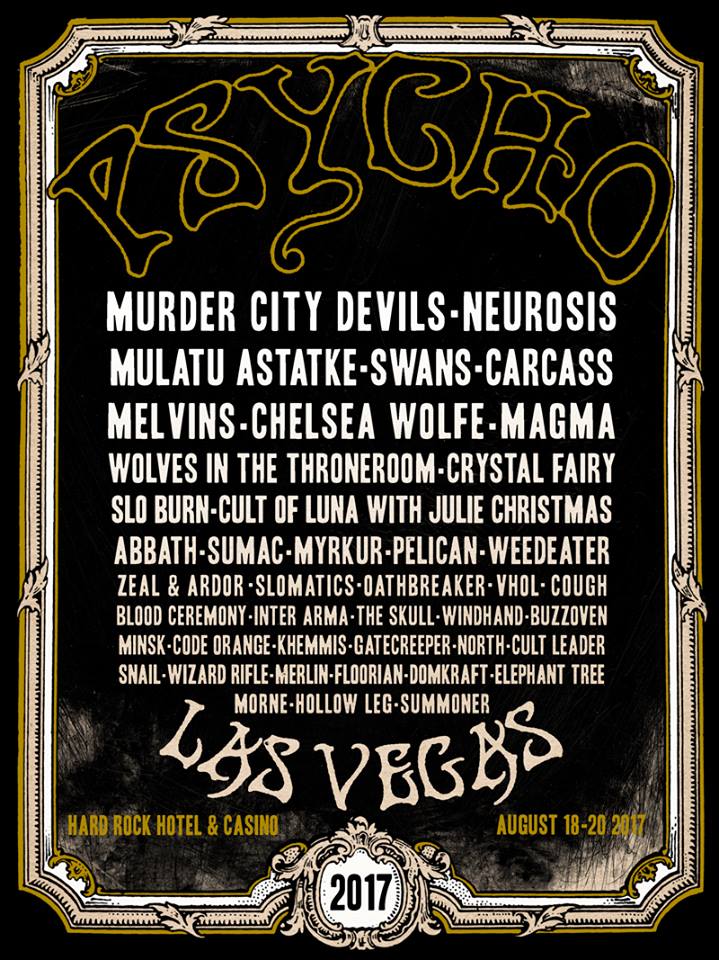 Psycho Las Vegas has just announced the first round of bands for the 2017 installment of the festival. At the top of the list so far are The Murder City Devils, Neurosis, Ethio-jazz godfather Mulatu Astatke, death metal titans Carcass and Swans. Other bands scheduled to perform this year include Melvins, Magma, Chelsea Wolfe, Wolves in the Throne Room, Myrkur, Pelican, Sumac, Zeal and Ardor, Khemmis, Oathbreaker, VHOL, Blood Ceremony, Inter Arma, Minsk, Buzzoven, Windhand, Code Orange, Gatecreeper, Morne and others. More bands are expected to be announced in the coming weeks and months, including the festival headliners, which will be revealed in January.

Tickets are now on sale for the fest, and start at $99. Psycho Las Vegas takes place at the Hard Rock Hotel from Aug. 18-20.

Khemmis, Neurosis and Inter Arma are featured on our list of the 10 Best Metal Albums of 2016.