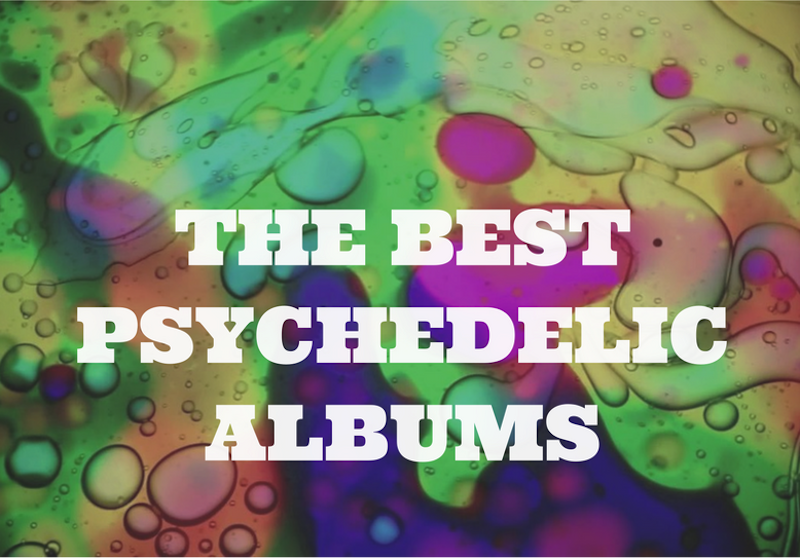 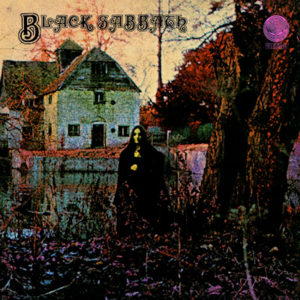 Inspired by Boris Karloff films and Dennis Wheatley novels, Geezer Butler and Ozzy Osbourne pushed their nascent hard rock outfit in a direction not just far afield from their prior efforts in bandleading, but diametrically opposed to the friendly hippie movements and sounds of the day. Black Sabbath—the band as well as their self-titled debut, released within six months of their first shows—were obsessed with horrors and fears ranging from the hyperreal to the supernatural. They were here not to get you high but to bring you down; in riffs and imagery they were heavy, man. Alongside the cold realities of Vietnam, Altamont and Charles Manson, Black Sabbath were part of psychedelia’s dark visions as the 1960s became the 1970s. – Adam Blyweiss 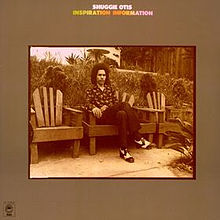 Stepping out of the shadow of his father Johnny (a multifaceted R&B showman), Shuggie’s final solo album featured a soft, almost romantic brand of funk. Its treasured sounds inform what we would later hear from Paisley Park and Daptone Records. But released as psychedelia’s first wave was waning, reissued in 2001 in an attempt to place it in genre context, and reissued again in 2013 with B-sides and rare later output to place it in the context of Otis’ own career, this album isn’t substantially informed by psychoactive drugs. It’s a mere shadow of that, out of touch with thematic reality: Inspiration Information might at best soundtrack a documentary about the culture or ills of psychedelia. In truth, its languid feel is more suited for heroin dens, the altered states of Otis leaning more narcotic than hallucinogenic. – Adam Blyweiss 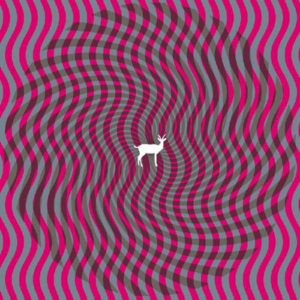 Dark, shimmering and hypnotic, Deerhunter’s second studio album Cryptograms has a literal pulse. Deerhunter ringleader Bradford Cox’s stream-of-consciousness lyrical delivery is heavy hearted and demanding; the band’s instrumental approach touches the surface of ambient, drone and neo-psychedelia. Cryptograms is without a doubt one of the finest psychedelic albums of the 21st century, for its inventiveness and playfulness, hopscotching between funky, sliding basslines as heard on “Lake Somerset,” and teenage acid trips on “Spring Hall Convert.” Whereas the first half of Cryptograms is an ambient wonderland, the transition to its psychedelic-pop back side is what makes it such a stunning and cohesive record. Cryptograms creates a world of its own, flowing like a hydrological diagram, stylized eloquently. It’s a sort of psilocybin-induced rapture of sounds—by the tail end, you’ve experienced what seems to be an entire spiritual journey. – Timothy Michalik 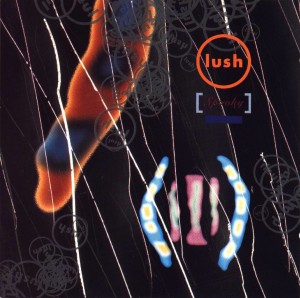 Lonely, evocative, dripping with shadowy reverb and punchy bass, Lush’s Spooky is adjacent to shoegaze in its sprawling, fuzzy chaos, led by Miki Berenyi’s powerful vocals, transmuting the alchemic production of Cocteau Twins’ Robin Guthrie. This album is jarring at points, dark and layered, magically hypnotic, expressing a peculiar and at times claustrophobic darkness. Spooky presents soundscapes that are mired in a dichotomy of jazzy rhythms and silky, bleeding layers of reverb and fuzz. If this album was a color, it would be a menagerie of monochromatic neutrals, blended and swirled, emptied and expansive, beautiful and absorbing a void of intent and sound. – Brian Roesler 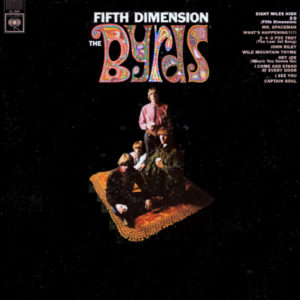 I grew up listening to Fifth Dimesion, as It was one of my father’s choice albums and it was nearly always on repeat in his workshop. “I See You” was a personal favorite because it was speedy, and it sounded as if the vocals were melting into the open guitars with a rhythm that almost felt discordant, yet the melody remained so serene. He was a carpenter by trade—he worked with his hands, and it was an odd selection to work by. I think the at-times baroque and rich complexities of the album were calming. I can close my eyes even now and smell the savory scent of split lumber and see the sawdust hang like motes of ether in front of his work lamps, bright and beaming nearly blue. So I suppose that if anything, The Byrds created something that works within the fifth dimension itself on some parallel. It’s an album that is transportive, complex, and influential. – Brian Roesler 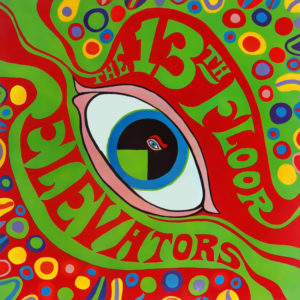 The short-lived, Austin-based the 13th Floor Elevators were a foundational band of what would later become “psychedelic” rock. Their eruptive 1966 debut studio album The Psychedelic Sounds of the 13th Floor Elevators was as puzzling of an album then as it is now. Euphoric, haunting and constantly mysterious, Psychedelic Sounds is still unmatched in regards to early psychedelic guitar rock. Whether it’s the screeching intro, “You’re Gonna Miss Me,” a song later popularized by the 2000 feature film High Fidelity, or the slow balladry of “Splash 1,” every moment of Psychedelic Sounds is full of hallucinogenic dread, bursting with off-the-wall compositions, electric jug and swirling guitars absolutely drenched in reverb. The sad and complicated backstory aside—lead singer Roky Erickson was diagnosed with paranoid schizophrenia in 1968, directly after an outbreak of complete gibberish while playing at the HemisFair—the legend of the 13th Floor Elevators still resonates within the walls of garages and basements to this very day. – Timothy Michalik 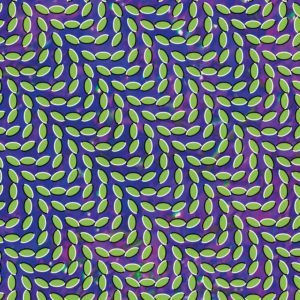 Illusiory, baroque, an aural trick—not just mere sleight of hand but an expansive and intricate entrapment of the mind. Merriweather Post Pavilion sounds like the ending and beginning of something at the same time, two opposed soundscapes of samples and rapturous synths colliding to form something else entirely. Broad, impactful and a wholly absorbing experience, it is transportive when heard through headphones. Where does it lead you? I, uhh, don’t know. But try it—I’m not a psychic. Close your eyes. Let your mind wander, free yourself, align your chakras, meditate, I don’t know. Alright, let me try and walk you through it, listen to the sounds, ethereal and at times geometric, the pitches of the synths and samples changing to deep angular cuts, the endless assortment of deep rhythmic pulses. The soundscape fragmented yet working in unison, it’s a dichotomy of aural bliss. Magical harmonies litter almost every soundscape to a point of wholeness that will leave you in absolute awe. This album absolutely whips tye-dyed ass and its a dynamic masterpiece of avant-garde glory. – Brian Roesler 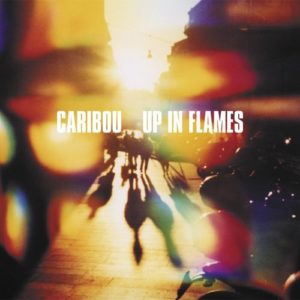 I didn’t think music could burst open with the spontaneous beauty of a supernova before I heard Up In Flames. I had no clue the essence of childlike wonder could be captured with a glockenspiel and some bells. I didn’t know you could make pop music without adhering to strict rules about 4/4-time signature. Dan Snaith—recording as Manitoba before having to change his name to Caribou after a threat of legal action from The Dictators’ Handsome Dick Manitoba—would go on to make albums that were more refined and balanced, but with Up In Flames he created an artifact of sun-kissed musical rapture that answered questions I wasn’t even asking. – Wesley Whitacre 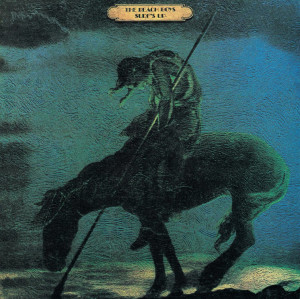 By 1969, Brian Wilson had become so disillusioned with the music industry that he had opened his own health food store in West Hollywood. It was only when he met local radio personality Jack Rieley in the store that he was convinced to throw his weight into the band again. Rieley, like many others, had become infatuated with the early versions of the track “Surf’s Up,” which Wilson had written with Van Dyke Parks, and he offered to manage the band if they would agree to record the song for a new album. It turned out to be just one of a handful of masterful tracks that would go on to become the album that bears the same name, one of the darkest and most diverse albums of their career. Van Dyke Parks’ contributions gave them an abstract poetic dimension that they had previously lacked, whilst Bruce Johnston and Carl Wilson produced the best work of their lives. The health store soon went under, a price most would argue was worth paying. – Max Pilley 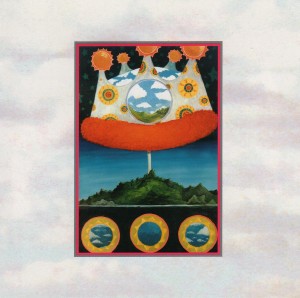 The go-to Elephant 6 album today is In the Aeroplane Over the Sea, but it wasn’t always like that. In the actual time and place, The Olivia Tremor Control were the absolute embodiment of the psychedelic spirit of the 1990s, and Dusk at Cubist Castle is their Pièce de résistance. The old epitaph about Guided by Voices making albums that sounded like a radio station playing your favorite song only to change it every 45 seconds maybe would have been more fitting for Cubist Castle. Shimmering psych melodies float in and out, escaping before one can capture their beauty. The ten-part movement “Green Typewriters” oscillates between woodsy folk ballads and droning feedback blues. The small wonders of Cubist Castle taken together are a manifestation of shared discovery. – Wesley Whitacre