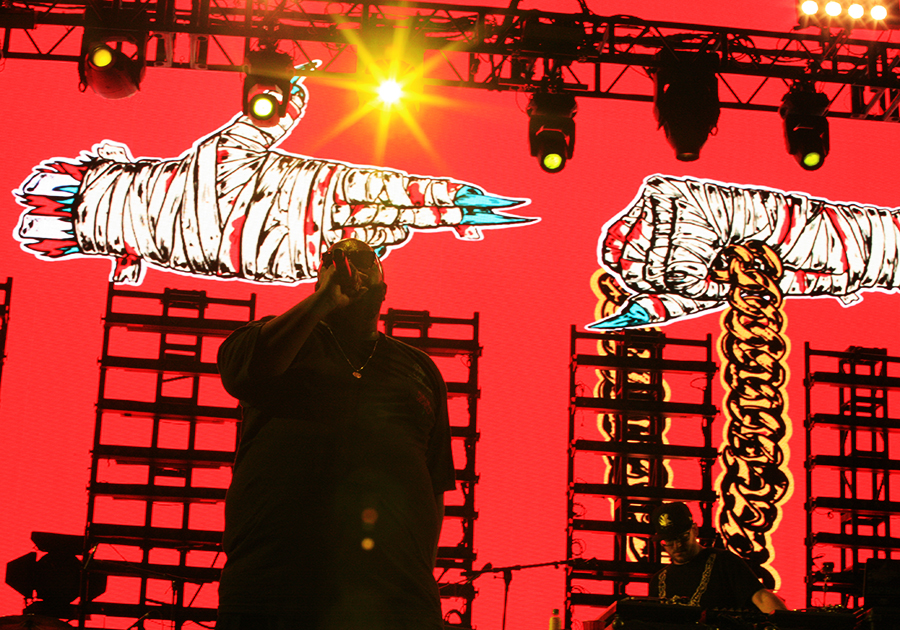 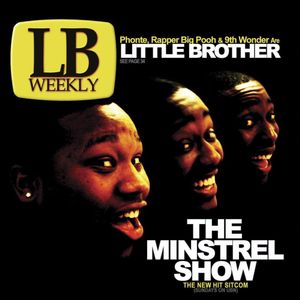 The Minstrel Show was supposed to be the thing that blew them up; instead, it was the thing that imploded them. So overlooked the only way they could’ve bettered their band name would be to call themselves Jan, Little Brother did for satire in the African-American community what The Boondocks was doing on Adult Swim. Tragically, Aaron McGruder’s baby got far more viewers than this talented Southern outfit got plays—ironically enough, both were chastised by BET—and within a couple years the band had immolated due to record company malfeasance, an uncaring general public, and the fact people really do not like it when black people refuse to let history be forgotten even (especially?) in satirical fashion. That’s America: home of Homeboys In Outer Space before Blackish, Meteor Man before Black Panther and Kanye West before…well, Yeezus. We contain multitudes, even if LB’s discography and album sales tragically didn’t. – Butch Rosser 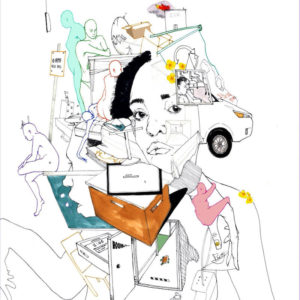 Chicago’s Fatimah Nyeema Warner revives a sonic bloodline first encountered two decades ago, as rap’s feminine side started to get poeticized and politicized by subtle, supple voices—Bahamadia, Erykah Badu, Jill Scott. Over string sections and loose drum parts that could have been lifted from a Björk album, the themes of Room 25 comprise a social media feed laid bare, as Noname describes her everyday struggles with sex, love, paying the rent, and gender inequality with conversational casualness. Her lines could be told over the dinner table or FaceTime, yet their vocabulary and deceptive speed expand to fill rooms. – Adam Blyweiss 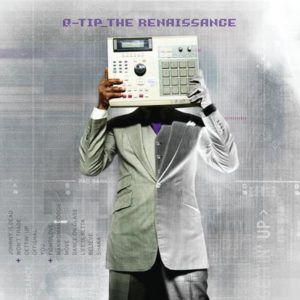 Frankly, it’s baffling that an album this catchy and enjoyable and sharp took almost ten years and (at least) three fully-produced permutations to see the light of day; still, you’ve got to be glad it did. Q-Tip’s follow-up to his first solo album (the underappreciated pop move Amplified) was nearly-fully produced and played and written by the man himself (with one outsourced beat from Jay Dee), and it’s a full vision, weaving together boom-bap and jazz and neo-soul. And, of course, Tip’s raps are at the forefront, as smooth and thoughtful and energetic as ever. – Ben Dickerson 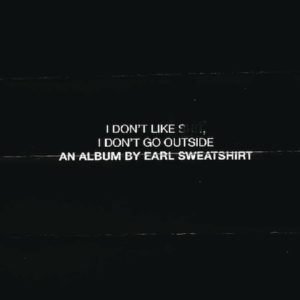 Earl’s career up till I Don’t Like Shit was a spotty one, beginning with a splash as a member of problematic but culturally powerful (and young) rap collective Odd Future before dropping the most critically lauded solo record of the group with Earl and then promptly disappearing out of thin air at the height of his fame. At the time little was known about his location and Earl seemed destined to become one of those figures we make movies about, lost geniuses snatched up before a masterwork could be delivered, all cigarette smoke and potential and ash. But then he roared back with a quick one-two punch of Doris, a highly acclaimed but relatively straightforward album in its own right, and I Don’t Like Shit two years later. The latter saw Earl grow up; the lyrics turned dark and introspective, old notebooks of childish provacateurism exchanged for the heady introspection that came during his isolation, the beats taking a raw and expressionistic turn rather than boom-bap or otherwise straightforward hip-hop production. It felt like Earl becoming a dark counter to the likewise separated Frank Ocean, who seemed by that point to be wholly detached from Odd Future and exploring his own artful potentialities in a more ambiguous and less defined space. I Don’t Like Shit became the archetype for the young great rapper; each of his following records feels more indebted to it than any of his other works. This is for good reason; at last, Earl’s voice shone through, the boy become a man, and one that could pen great, moving, and mature rap records to boot. – Langdon Hickman 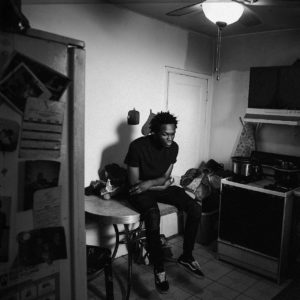 There have been more innovative rap records released in the past 20 years, more unconventional, more playful and creative, more gritty and uncompromising. But there is no album in the past two decades of hip-hop quite as emotionally gutting as Saba’s Care For Me. Dripping with grief, it presented the Chicago rapper as both brutally honest and unguarded, opening its first track with an elegy to his murdered cousin: “Jesus was killed for our sins/Walter was killed for a coat.” From that moment, Saba takes listeners through a meditation on grief and loss that’s both aching and profound, setting him apart from his Chicago peers with an emotionally honest approach that stands in contrast to Chance the Rapper’s feelgood charm and Joey Purp’s harder edged street raps. Care For Me is sometimes intensely intimate, delving into the painful thoughts of someone at their most wounded. But it holds an uncomfortable truth at the center of it—this is a feeling we’ll all eventually come to know. – Jeff Terich 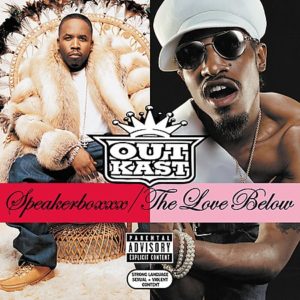 Irony alert: the double album that is, for all intents and purposes, Outkast’s swan song only threw into stark relief one final time just how singular Big Boi and 3 Stacks were in the game. There wasn’t a rap group like them before; it’s been 15 years since this release and there hasn’t been an act like them since. You can feel it in the intricacy and humor from the big radio hits like “Hey Ya!” and “Roses,” you can nod your head to it on album cuts like “The Rooster,” “She Lives In My Lap” and “Flip Flop Rock,” but whether you spend a little under an hour with Big, a little over it with Dre, or about a LOTR with them both, the feeling you will probably come away with is a sadness that means both metaphorically and literally they don’t make them like this anymore. – Butch Rosser 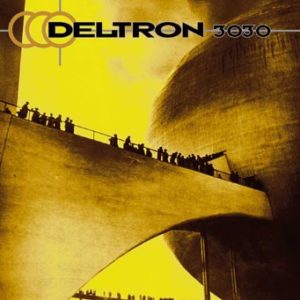 There’s still ten centuries to go before 3030 arrives, but the cyberpunk dystopia that Del the Funky Homosapien, Dan the Automator and Kid Koala laid out on their debut collaboration doesn’t seem that far off from the absurdist nightmare that currently surrounds us. But then again, 2000 seemed like ages ago, and “hanging chads” weren’t yet part of our vernacular. Which is perhaps what makes this sci-fi future-rap vision so compelling, and the sound of it even more so. As Del narrates an Orwellian satire through witty wordplay and sometimes bleak visions, Dan the Automator crafts cinematic soundscapes to score his robot uprising. It’s future surrealism that was designed to be polished chrome but feels evergreen. – Jeff Terich 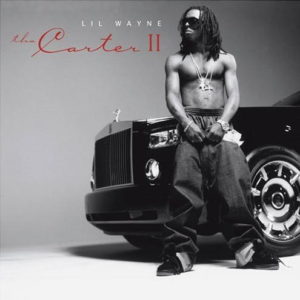 Even fourteen years after its release—a stretch that, for Lil Wayne, contains Dedication 2, Da Drought 3, and Tha Carter III—Tha Carter II remains Wayne’s best and most complete album-length statement. The 2005 album finds Weezy F. in the middle of his transition from hard-nosed, traditionalist gangster-rapper to bugged-out star-eater ascendant; his rapping here is some of his most inspired and his most focused. The sample-heavy East Coast palette of the beats showed that he knew his history; his writing and his wordplay showed that he was the future. When he says he’s the best rapper alive on C2, you’d be a fool not to believe him. – Ben Dickerson 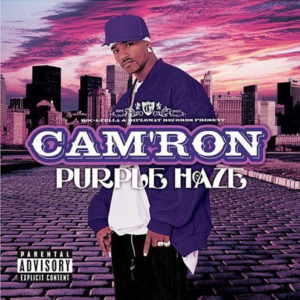 Cam’ron’s mastery over his polysyllabic bars has only ever been matched by his unrelenting absurdity and filth but Purple Haze established the Harlem rapper as more than a rapper: Cam’ron became a world-builder. Purple Haze hears Cam’ron forge narratives out of surreal audacity and while “Killa” Cam’s depictions of Harlem are nihilistic and dripping with debaucherous philandering vice, lines like “Observe, cock, and spray/ hit you from a block away/Drinking sake on a Suzuki we in Osaka Bay” (“Down and Out”) and “Yellow diamonds in my ear, call them ‘Lemonheads’/ Lemonhead end up dead/ Ice like Winnipeg/Gemstone, Flintstones/You could say I’m friends with Fred” (“Killa Cam”) display Cam’s adroit proficiency for metaphor, simile, allusion and alliteration. Purple Haze is the apex of the purple fur-coat wearing libertine’s self-obsession but it’s also a showcase of one of the most bombastic grasps of the English language. – Paul Glanting 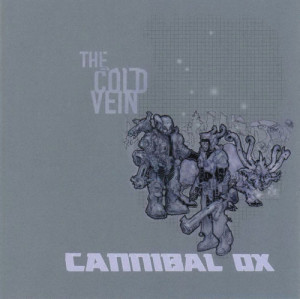 The ’90s was a renaissance of complaining about how sanitized and culture-free New York became once Giuliani took office. But you wouldn’t know it to hear Cannibal Ox’s 2001 debut. Awash in the murky El-P production that earned him every “dystopian” description lobbed his way, The Cold Vein is chilling and chilly, a depiction of New York City that sounded more dangerous than any hip-hop record since The Infamous. But it’s a surreal and ambiguous kind of danger, more Blade Runner than Taxi Driver, with one-liners that feel like a splash of ice water to the dome: “Those who have more than them, prepare to be vic-tems.” It’s the kind of rap album you listen to for how it sounds, with the unfortunate truth being that they’ll never make a record that sounds like this again. (El-P has sworn never to work with them again, and Vast Aire and Vordul Mega have had plenty of unkind words about him as well.) But maybe lightning doesn’t need to strike twice when the landscape’s already been scorched.  – Jeff Terich