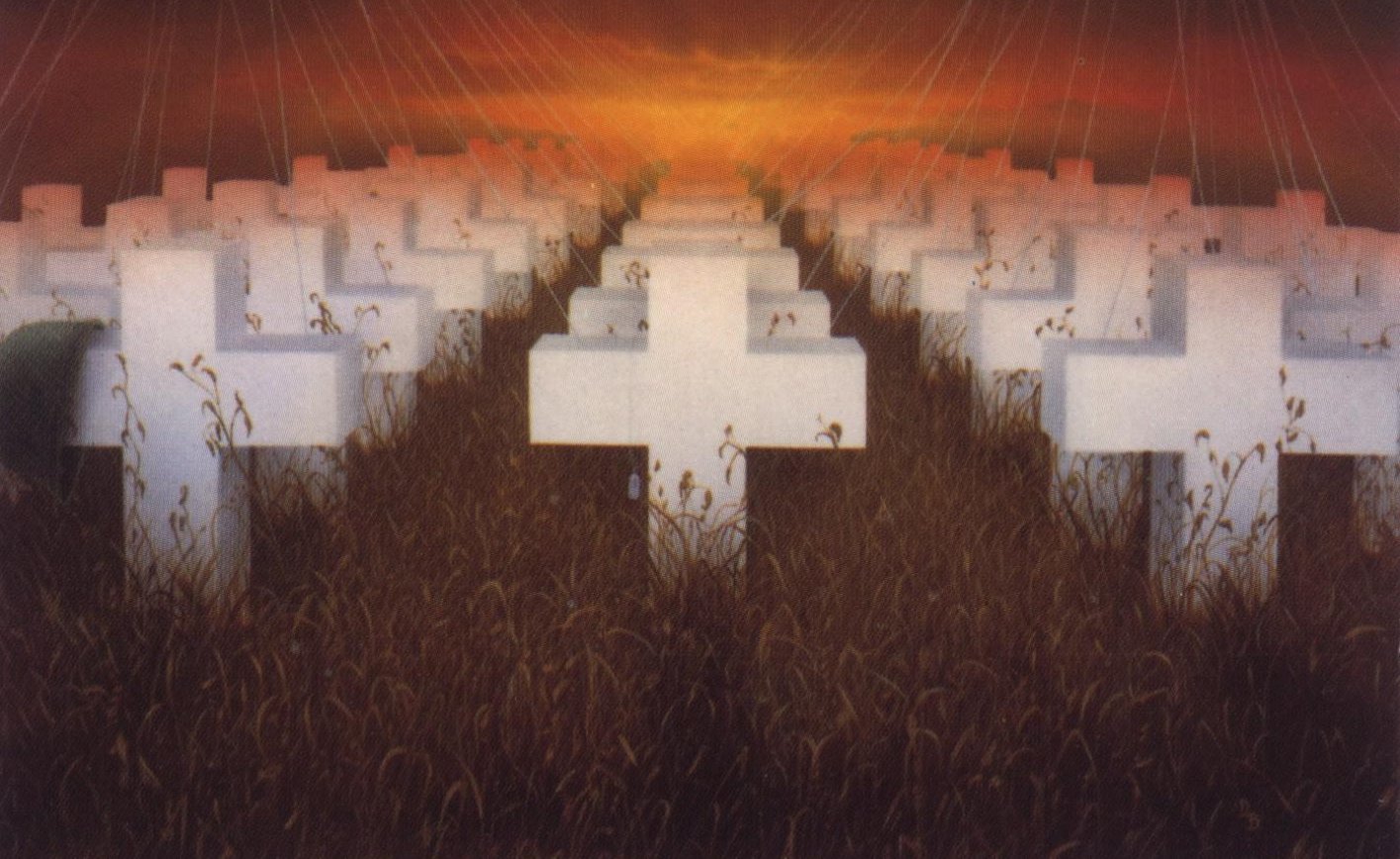 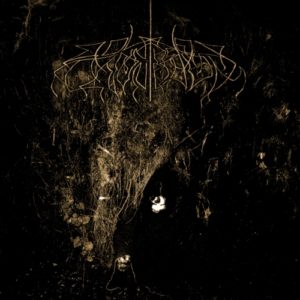 Some of the best advances in the world of metal happen when an artist is entirely uninterested in working solely within a heavy music framework. It was only recently that the Washington-based black metal duo decided to venture completely down the ambient rabbit hole, but the potential was always there for Wolves in the Throne Room. After all, their mission isn’t to create the beastly, most alienating sound possible; it’s to channel the “energies of the pacific northwest” into musical form. On Two Hunters that meant infusing black metal execution with erupting walls of melodic noise. It’s epic and loud, but some of the most calming black metal you’ll ever hear; a bittersweet noise-opera of beautiful intensity. – A.T. Bossenger 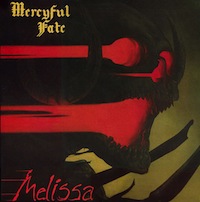 No, Papa Emeritus and his nameless ghouls in Ghost weren’t the first to pull off the sacred-and-evil schtick; that goes back at least 30 years earlier to a band of heathens from Copenhagen, Denmark with a flair for the theatrical. Leading the pack was one King Diamond, a corpse-painted dynamo with a banshee falsetto and a hell of a stage presence. The band’s look and tendency toward Satanic kitsch ranks them as progenitors of black metal, though the sound of their debut album Melissa is quite different than that of the Norwegian icewinds that came blowing in during the 1990s. In fact, Mercyful Fate have written some of the greatest melodies heavy metal has ever known, and quite a few of them can be heard on this album: “Curse of the Pharaoh,” “Into the Coven” and the title track, to name a handful of highlights. Certainly, it takes a level of humor and escapism to appreciate Mercyful Fate’s entire package, but with their charisma and songwriting, they actually make it pretty damned easy. – Jeff Terich 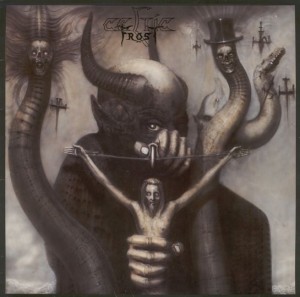 While many classic metal bands opted for a degree of theatrical pomp, Switzerland’s Celtic Frost backed up their pretensions with a considerable amount of power and musicianship. On To Mega Therion – before they went mostly gothic rock on their next album – the band turned in one of the most balanced and ahead-of-its-time metal records you’ll find on this list. With the tracks moving from hammering death metal classics — “Jewel Throne,” “Circle of the Tyrants” — to ambitious incorporations of orchestral (“Innocence and Wrath”) and electronic (“Tears in a Prophet’s Dream”) instrumentation, this record represents the essential limits of what could be done in metal circa 1985. In some ways, it still hasn’t been surpassed since. – Connor Brown 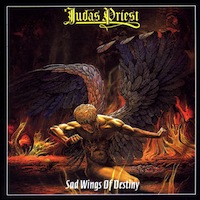 In 1976, there was rock music and there was Sad Wings of Destiny — no one was creating music quite like Judas Priest was. Rob Halford’s over-the-top operatic vocals, paired with the classic heavy metal flair of the rest of Birmingham-based band, is a sound that — 40 years ago — was a breath of fresh, furious air. Today, the Priest sound we all know and love has become synonymous with metal as a whole. It’s hard to throw this record on and not marvel at how everything just works and flows so faultlessly. What also helps it to tower above its heavy metal peers is its variety. There is something for everyone to love here, whether it’s the mid-tempo rocker in “Deceiver” or epic opener “Victim of Changes.” Sad Wings of Destiny is a metal album that is insanely hard not to love — which is what makes it one of the best. – Greg Speranza 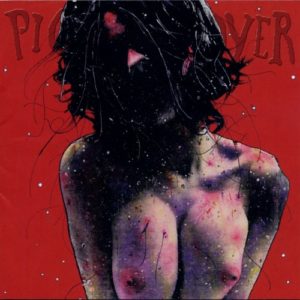 Grindcore isn’t exactly the subtlest or most diverse style of music, and generally speaking, if you can at least wring a couple good riffs out of a barrage of ludicrous-speed drum beats and blood-curdling throat shred, then you’re doing a fine enough job. That’s not good enough for Pig Destroyer, though; after delivering a venomous roller coaster of a debut with 2001’s Prowler in the Yard, the Washington, D.C.-based band blew grindcore’s doors wide open on their greatest masterpiece, Terrifyer. True to its name, it’s an intense and often frightening piece of work (and its artwork even manages to make a pair of giant breasts seem horrifying), but more importantly, it’s a work of greater complexity and diversity than any grindcore album you’re ever likely to hear. Relying only on their simple guitar-drums-vocals-sampler set up, the band tears through a wide range of 90-second beasts that span from noise rock to mathcore to death ‘n’ roll and good old-fashioned grind. They do hard-grooving swagger on “Restraining Order Blues,” d-beat destruction on “Carrion Fairy,” circle-pit choreography on “Thumbsucker,” and some of their greatest riffs ever recorded on “Gravedancer,” which ends with a muffled theatrical performance of some sort that — while staged — just seems… off. Got only 90 seconds to cram as much excitement into one metal or hardcore song as humanly possible? Challenge accepted. – Jeff Terich 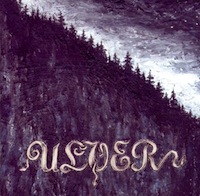 When anything is written about the ’90s Norwegian black metal scene, it’s very often focused on the sensational aspects that many of us would prefer to forget: Church burnings, stage rituals, and murder. But Norway’s Ulver didn’t concern themselves with any of that. On Bergtatt, Ulver infused atmospheric black metal with folk to create something entirely new. Garm’s vocals are the star of the show, and throughout Bergtatt’s five-track run, his powerful singing-style fits alongside the blissfully changing dark atmospheres fantastically. Equal parts black metal and mood music, no face-painted axe wielding Scandinavian bands would even dare to attempt the level of artistry that Ulver did here. And it’s a good thing they didn’t; no other band could have so masterfully executed work of art we have here. – Greg Speranza 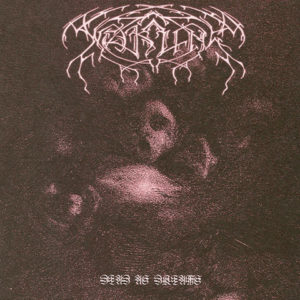 Long before Wolves in the Throne Room turned black metal’s gaze skyward and Deafheaven made us question the genre’s conventions, there was a little known San Francisco group called Weakling. They only released one album, but broke up before it could be officially released. Under normal circumstances, they might be forgotten; but Weakling are no normal band. Dead As Dreams is nothing short of a masterpiece and remains an incredible experience to this day. Combining the desperate, crushing lo-fi atmosphere of traditional European-Black Metal with extended structures and the ‘Cascadian’ sound that Wolves in the Throne Room would later popularize, Dead As Dreams is an unrelenting beast that is seemingly aware of its own demise going into the whole affair. Guitars wail and wane, drums pound with primal ferocity and mechanical precision, and the shrieks ache with nihilistic fury.  Almost single-handedly, Weakling paved the way for the USBM scene to become the juggernaut that it is today. – Dakota Foss 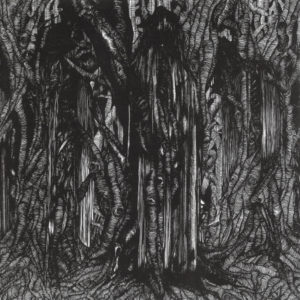 When John Kay coined the phrase “heavy metal” back in 1968, it’s safe to say Steppenwolf never envisioned just how heavy that metal could get. Nearly four decades later, the Washington duo of Greg Anderson and Stephen O’Malley found themselves in studios with their deafening rigs, joined by friends and a few select songs from black-metal contemporaries, building on their fondness for local doom/drone metal pioneers Earth. The results hit the mother lode: SunnO))) tapped into uncut feelings of sadness, dread, and terror by stripping away almost all rhythm, melody, and discernible lyrical meaning. When guest singer Wrest growls his way through “Vibrate / Believe / Vibrate / Defile” on “It Took the Night to Believe,” he’s not just attempting to make any dark mysticism real, he’s very likely reciting the studio production notes. The album’s middle (“Orthodox Caveman,” “Candlegoat,” “Cry for the Weeper”) holds mad processionals and fanfares for zombie armies, with hints of primal riffs and actual “musical” passages. Yet the strengths of Black One are its suggested and generated atmospheres, used almost exclusively with vocals and guitars, soundtracking the horror movie in our minds—ship creaks, basement rattles, stuttering chainsaws, rainstorms, dead planets, even actual voices from coffins on epic closer “Báthory Erzsébet.” – Adam Blyweiss 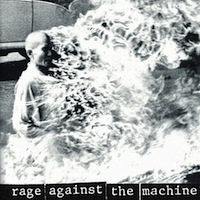 When Rage Against the Machine burst on to the scene in the early ‘90s, a lot of people weren’t sure what to make of them. While their music was undeniably heavy, Rage didn’t fit in with other metal bands — at all. For starters, frontman Zach de la Rocha spent as much time on the mic rapping as he did screaming, an anomaly in the pre-Limp Bizkit era. Further compounding listeners’ confusion was the sound of the music, with the innovative Tom Morello bending, scratching and otherwise warping the sound of his guitar, making it damn near unrecognizable as an actual guitar. So much so that in the liner notes of the release Rage clarified “No samples, keyboards or synthesizers used in the making of this recording.” Finally, the subject matter found throughout Rage is a highly-charged affair, touching on everything from Leonard Peltier, the education system and political corruption, the album more socially conscious than what most metalheads were used to. But thanks to the crushing grooves featured throughout, the war cry of “fuck you I won’t do what you tell me!” from “Killing In The Name” and an appearance from Maynard James Keenan of Tool on “Know Your Enemy,” Rage’s self-titled debut is one of the best, if most unlikely, metal albums of all time. – Ryan Brun 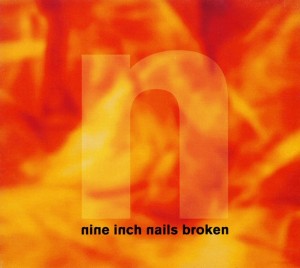 It’s not likely that many people would classify Nine Inch Nails as a metal band, but 1992’s Broken is about as close as they ever got. In a complete 180-degree turn from the aggressive yet danceable nature of their debut Pretty Hate Machine, NIN mastermind Trent Reznor brought out his amps and cranked them up to 11 on Broken. From beginning to end, Broken clocks in at a meager half-hour of music, but it’s full of so much venom and bile that its brevity is hardly noticeable. From the wall of noise death-stomp that is “Last” to the beefed-up up remake of the Pigface classic “Suck,” the sound of Broken is exactly what you would expect to happen when a keyboard junkie finally gets ahold of a Gibson. The outright aggression featured throughout Broken is tempered only slightly on the haunting “Help Me I Am In Hell” which merely acts as a warning of what’s to come with the mechanized assault of “Happiness in Slavery.” Nine Inch Nails may not be your typical metal band (although they did take home the Grammy in 1993 for Best Metal Performance for “Wish”) but with Broken, they helped introduce metalheads worldwide to a whole new side of heavy music. – Ryan Brun