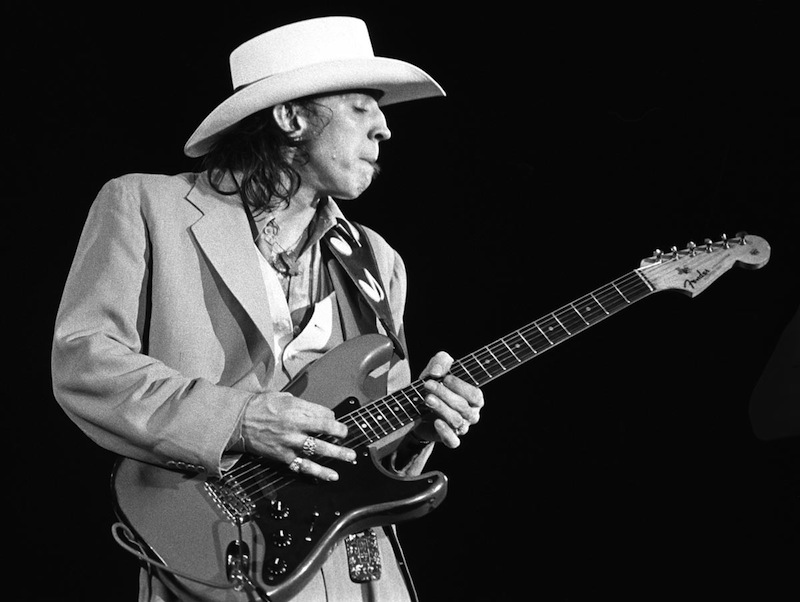 A troubled man with a brilliant knack for electric guitar. Stevie Ray Vaughan is seen as a crucial figure in the blues revival. Vaughan had many diverse influences such as Jimi Hendrix, B.B. King, and Chuck Berry, and he helped found the blues rock group, Stevie Ray Vaughan and Double Trouble, where he, Tommy Shannon, Chris Layton and Reese Wynans recorded a number of well-known and famous songs such as “Pride and Joy,” “Voodoo Child” and “Crossfire,” to name a few. He led an embattled personal life that could have very well derailed his career. Fortunately, during his time on Earth, Stevie built a legacy that continues to inspire musicians today. Vaughan’s life was tragically cut short following a helicopter crash while on tour with Eric Clapton, but in his relatively short years as a musician, he crafted some of the most popular classic rock and blues songs. – CD 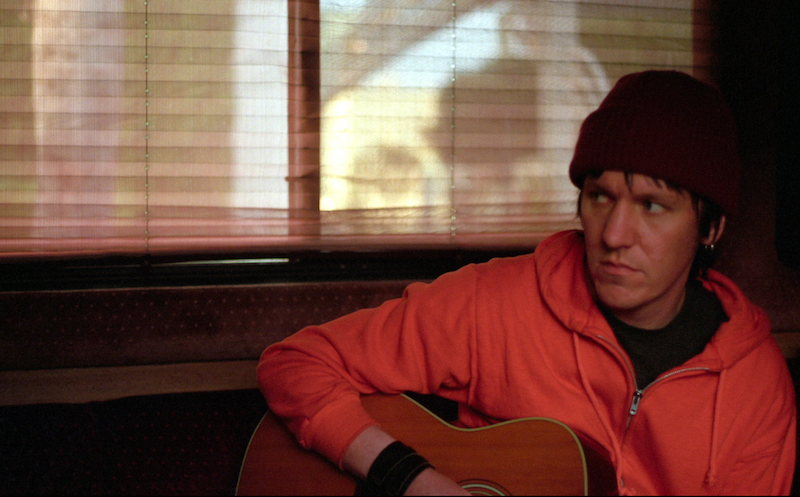 Sure, Smith concocted some beautiful rock arrangements later in his career (and noisier rock songs as co-frontman of post-hardcore almost-legends Heatmiser). And if you haven’t, you absolutely need to check out mindblowers such as “King’s Crossing,” “Can’t Make a Sound” and “Bled White.” But to understand why Smith, a singer-songwriter, deserves to land above so many talented competitors on a list like this, you need to hear what he could do with a single acoustic guitar and very little production. And for that, there’s no better place to go than “Needle In The Hay.” With an approach that’s deceptively simple and tight as all hell, there was just as much emotion in his fretwork as there was in his scraggly baritone. It’s no wonder this brilliant writer could construct such beautiful moments when he was able to layer parts over themselves in studio. We lost Smith too soon, but we’re eternally grateful for the songs and style he left behind. – ATB

Air guitar moment: Dexterous plucking and melodic climaxes on “Needle In The Hay”. 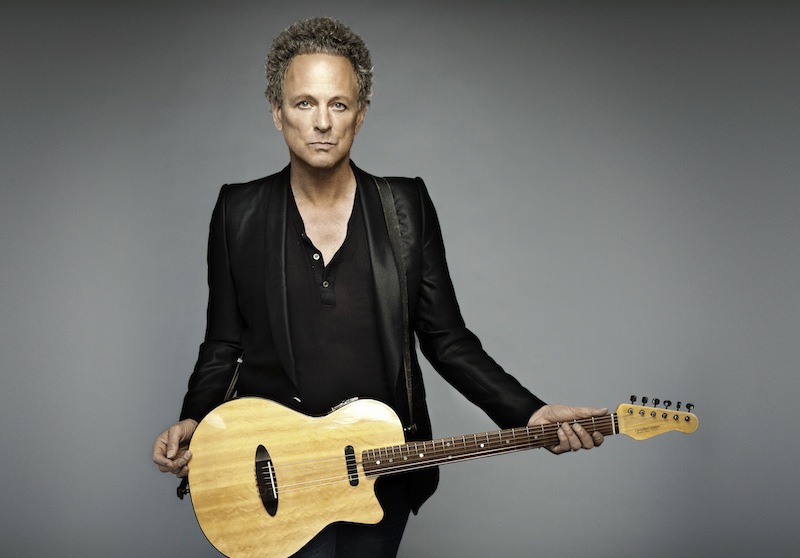 For a solid five years, my mother remained in disbelief over two things: Chris Daughtry being eliminated in the top four on season five of American Idol and a criminally under-attended Lindsey Buckingham concert. It’s easy to miss a guitarist like Buckingham. His name can be easily drowned by a few other names I can think of. After joining Fleetwood Mac in 1974, Buckingham’s stirring pop sensibilities would ignite the group’s tetralogy of multiplatinum, number one selling albums. His technical prowess would translate easily into the band’s intoxicating hooks and monumental breakdowns. But Buckingham’s guitar mastery truly materializes during his live performances. In an interview discussing his unusual, pick-less playing techniques, Buckingham cites Merle Travis as one of his most prominent sources of stylistic influence. He mentions his experimentation with acoustic resonance on Tango in the Night’s “Big Love”; a song that would serve as not only an example of Buckingham’s musical genius, but also as a cornerstone of Fleetwood Mac’s sound. 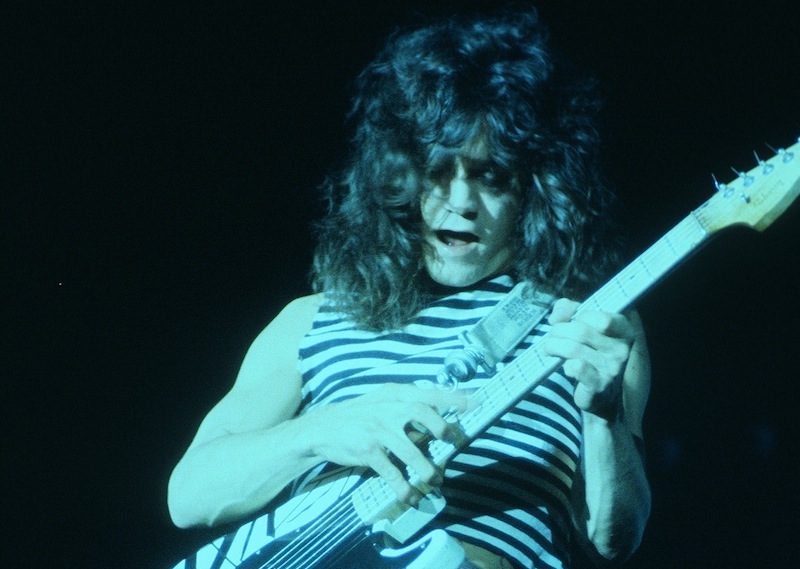 There’s likely a lot of listeners who know Eddie only for his iconic improvised solo in the middle of Michael Jackson’s “Beat It,” but there is no question the impact he has had on rock guitar. Eddie Van Halen gets the most credit for making guitar playing an athletic event in the ’80s. His bag of tricks is hardly original. His signature two handed tapping technique was actually lifted from Harvey Mandel the guitarist of Canned Heat that Eddie caught in the ’70s. His use of volume swells was borrowed from Genesis guitarist Steve Hackett. It was the charisma these were packaged in and the fire in which they were performed that brought Edward’s bombastic virtuosic playing to mainstream audiences.

More rock ‘n’ roll than metal, Eddie Van Halen’s style of playing influenced many metal guitarists, with everyone from Pantera to Morbid Angel claims Van Halen as an influence. The test of time has shown Eddie’s skill, as a forger of golden riffs is dependent on chemistry. The Roth years proved to have the most prolific balance of shred and hooks, with Sammy Hagar’s tenure falling in behind that era and former Extreme singer Gary Cherone’s time with the band being a bit of a joke—but try not to play air guitar to any era after you have had a few beers. 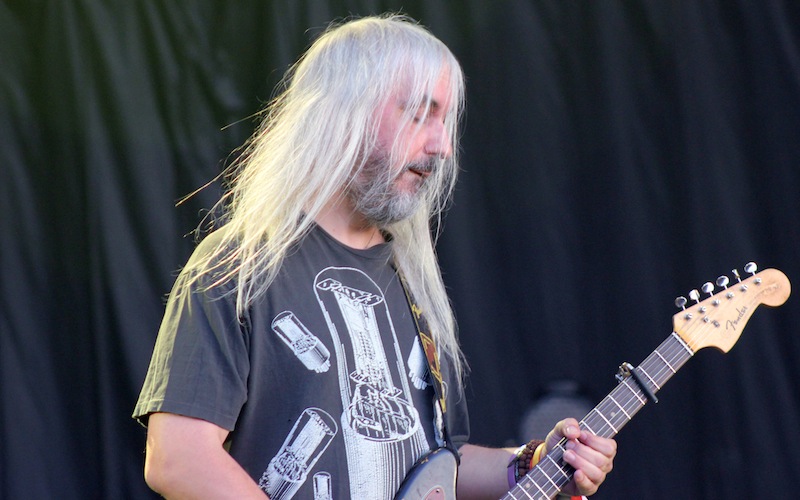 The silver-locked, enigmatic denizen of Amherst slacker-grunge misfits Dinosaur Jr. is an un-obligingly great guitarist. He dances on the line between a defiant punk rock ethos and the indulgent guitar solo-addicted cliché, and manages to pull both off without angering the other side. He conceals his eagerness to get to the solo admirably, but a Dino song without one is incomplete. He has talked about the need to compensate for the “wimpy” sound of a guitar by cranking the volume to eardrum-splitting heights, and yet in 2011 he made a beautiful acoustic solo album, Several Shades of Why, demonstrating beyond his own modesty that his talents do not depend on the volume.

Kurt Cobain supposedly asked Mascis to join Nirvana on two separate occasions. The tantalizing, confusing prospect of what that could have meant in practice is enough to set the mind racing, but what we have in the form of 30 years of Dinosaur Jr. albums and three solo albums is treasure enough. – MP 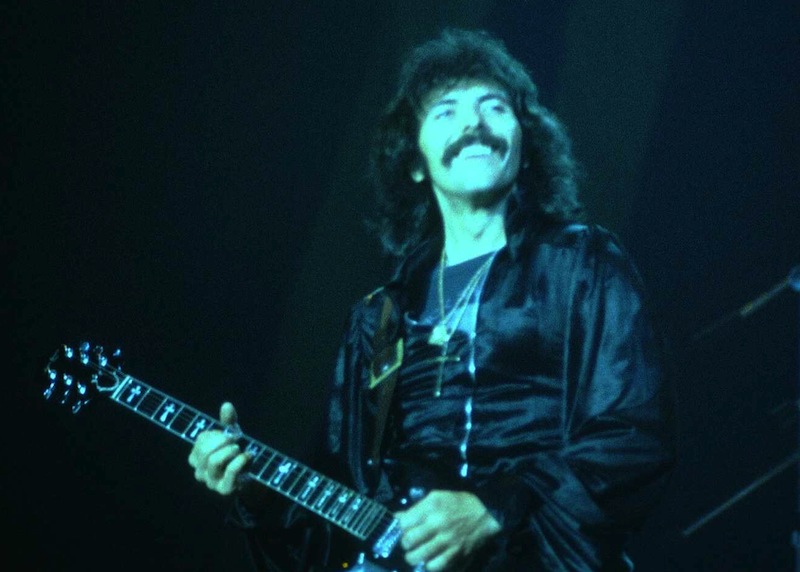 Heavy metal was born upon this man’s severed finger tips—it doesn’t get more metal than that. Following an accident while working in a sheet metal factory, Anthony Iommi questioned whether he would play guitar ever again. Encouraged to continue his music, Iommi learned to play with his guitar flipped and with his finger tips covered with plastic. What he soon learned following his return to music is that he would create the sound that would birth a genre. Black Sabbath’s evil sound emerged in 1968 out of Iommi’s Hand of Doom. Along with Geezer Butler, Iommi sustained Sabbath through 40-plus years of existence. Even through times of extreme substance abuse (albeit producing some of his best guitar work) and a revolving door of members in the 80’s, the original metal band survived. Iommi also spent time in Ronnie James Dio’s Heaven and Hell project and released a few solo albums when Sabbath split for a little while in the early 2000s. Ultimately, Iommi is the original metal guitarist and the father of some of music’s best guitar grooves and riffs. – CD 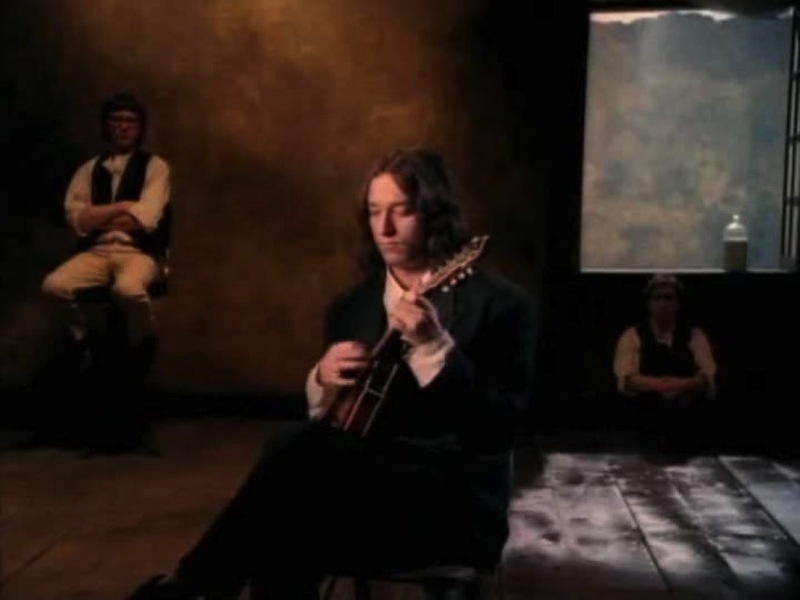 Few are the times that big American media labeled any particular musical act the best in the nation. Rolling Stone did that for R.E.M. as their indie cred allowed them to ping major-label radar; not only was it arguably correct at the time, but they’re still in the conversation to this day. Their jangly post-punk and later artsy alt-rock leanings live and die with Peter Buck’s string skills—a lot of Rickenbackers, a few mandolins, well-placed effects boxes—as much as with Michael Stipe’s inscrutable lyrics. Buck found inspiration in the dusty lilt of The Byrds and the scraped edges of bands such as Gang of Four and The Minutemen, and later the scruffy grunge kids trying to pass him and his bandmates on the rock’n’roll highway. He’s since come back around to sounds filtered through arcane Americana on newer records as both a mainstay (The Baseball Project) and session player (The Decemberists). – AB 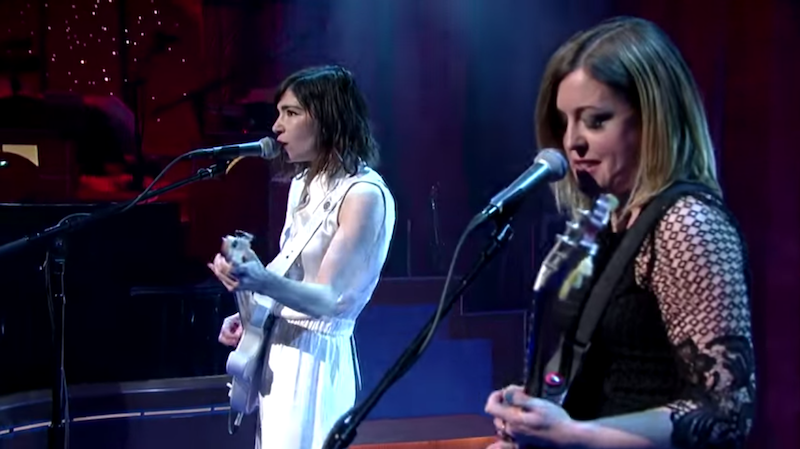 The mark of a great guitar duo is how each player complements the other. With Sleater-Kinney—a band that doesn’t actually have a bass player—there’s a taut dynamic at play between Corin Tucker’s lower, rhythmic rumble and Carrie Brownstein’s powerful, higher-end leads. Each guitarist is bolstered by the other and made stronger, proving that being a rock star and believing in teamwork aren’t necessarily opposing concepts, especially when their synchronization is in the service of a powerful punk sound. In the late ’90s, Tucker and Brownstein’s razor’s-edge riffs made for short bursts of energy and immediate hooks, yet as the band has grown in the 20 years since, Sleater-Kinney’s songwriting has matured with their musicianship, and both Corin Tucker and Carrie Brownstein have only grown stronger in their instrumental performances. If we had to pick one of the two as a favorite, Brownstein deserves special merit for the windmills and high kicks she pulls off while blazing through her licks. But they’re an unbreakable pair: Only together do they make the rules. – JT

Air guitar moment: The thunder and squeal of Sleater-Kinney’s “Entertain.” 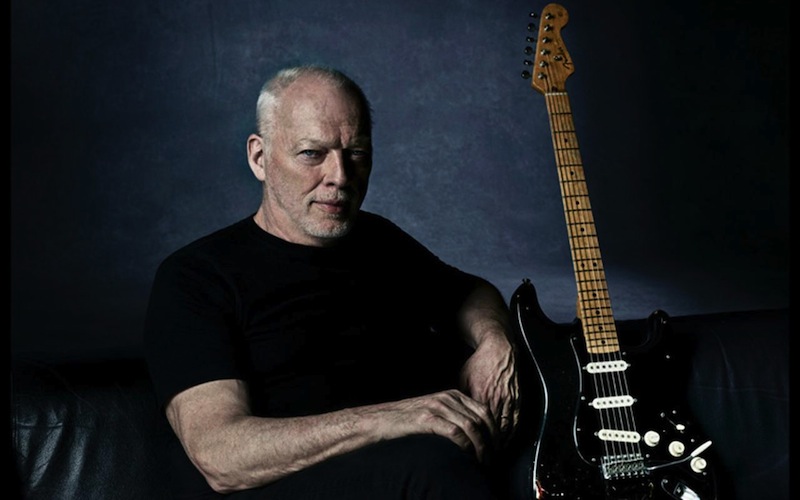 Gilmour approached the guitar, like all great guitarists, not as an instrument with rules but as an object that makes sound. He’s an interesting figure because of how he fits in the great guitar pantheon: where most are enormously gifted technicians who learn to wield their immense and fastidiously acquired talents toward a tone (that holiest of things!), Gilmour is one of the first modern greats to approach the same question from the opposite side. The variables at play are still the same, and Gilmour’s deliberateness when employing technique in service to tone to create the mood and atmosphere that fits the song is just as keen, but he worked with a smaller palette than a typical guitar god. It didn’t (and doesn’t) matter what you wind up doing to the guitar, though, with the guitar, through the guitar, so long as you get a sound that moves you. – LH 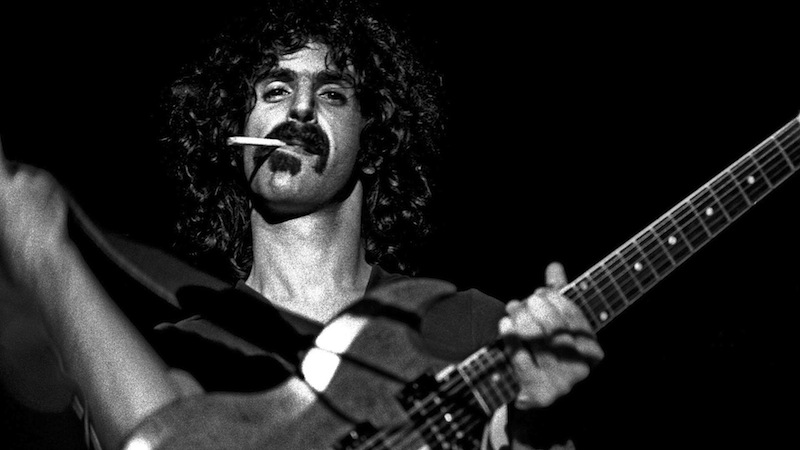 If you asked Frank Zappa what his chief skill as an artist was, he would probably have said “composer.” While his career as a composer was notable and groundbreaking, his guitar work was just as formidable. It’s easy to imagine that he likely worked out some of his more complex and innovative pieces on the axe. His dozens of recordings ranged from psychedelic rock to minimalist compositions, but at each phase you can hear his precision and experimentation and sense his ease with the fretboard. His style was frenetic yet accurate, and distinct enough that several have found him worthy of imitation and tribute, including his sons.

His legacy can be heard in the guitarists he mentored and shared the stage with, such as Steve Vai and Adrian Belew. Others, such as John Frusciante and Trey Anastasio, cite Zappa as a major influence. Still none of them and no one could quite approach his seamless combination of improvisation and craftwork. Despite his innovation and variety, Zappa’s own favorite riff was “Louie Louie,” referring to it in one way or another in nearly 30 songs. – CG